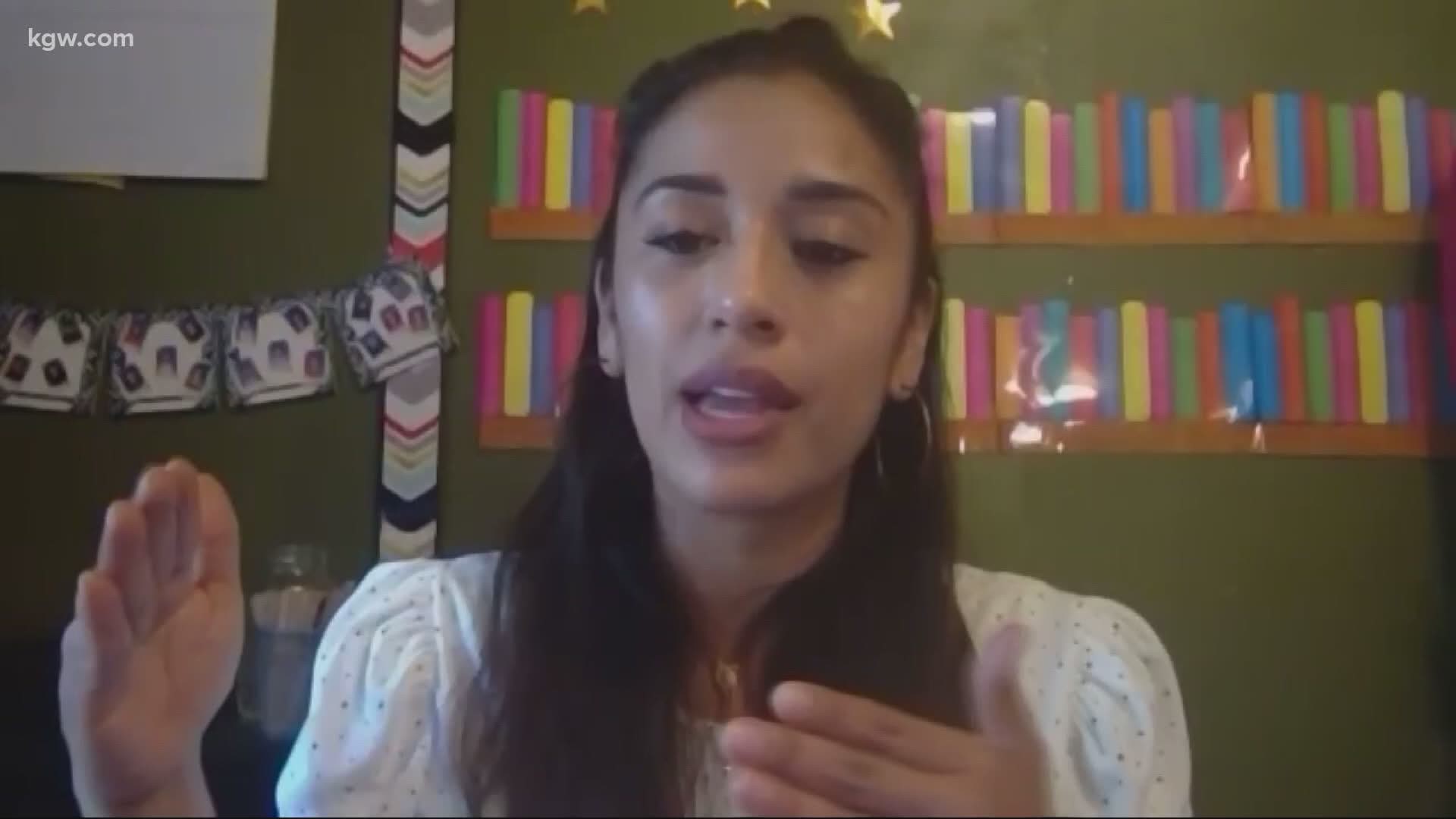 PORTLAND, Ore. — We've talked to many teachers, parents and kids since schools closed back in March and after Oregon Governor Kate Brown talked about the new health metrics that will help school districts decide what to do in the fall, parents and teachers weighed in.

Kensel is the President-elect for the Oregon Parent Teacher Association and Rodriguez is part of Oregon Safe Return to Campus, a group that wants to see two weeks with no COVID-19 cases before returning to in-person school.

We asked them a few questions to get their take on the situation.

Question: What did you think of the new metrics and the governor's plan?

"I appreciate there are different benchmarks and allowing different communities progress at different rates to get kids back into buildings," said Kensel. "I'm concerned that we're leaving this in the hands and the responsibility for the public to decrease the spread of the virus to get kids back in the building. I know not every family in Oregon has a student in public schools and so they're motivation isn’t as great as families that want their kids in the building,"

"I'm glad we're moving in the right direction because we are keeping kids safer with the way that we're moving," said Rodriguez. But I still think it's still not good enough.

"I think it should be based on where people live to see how the cases are going that's why we said 14 days no news cases in our respective counties and where our districts are at."

Question: How do you think the plan will impact kids?

"We know that the best place for kids is in the classroom," said Kensel. "So I believe the distance learning it's going to have to be rigorous and very comprehensive in order to meet even a percentage of the needs for most of the students we have here in Oregon.

"[Students] are losing a lot being distance education because it's really hard to teach it. But education and learning can be made up," said Rodriguez. "The whole country is going through this, so it’s not just Portland."

Question: What do you hope state and district leaders keep in mind as we head into fall?

"I really hope we can reach out to every student and every family and make sure the needs of students are being met," Kensel said.

"I just want everybody to keep in mind how COVID-19 affects everybody; marginalized communities, BIPOC (Black, Indigenous, and People of Color) communities have been affected by this a lot more," said Rodrigez.

Further, Kensel said she wants to know more about the $28 million that Brown said was going to districts across the state. Kensel wants to know how it’ll be distributed and exactly how districts will use it.

Pediatricians we've spoken to and other health officials have supported the idea that kids physically go back to school safely.

At this point, many districts are still hammering out plans or are in the final stages of cementing their plans regarding the start of the next school year. Districts are expected to have them ready by mid-August.