Parents say seeing the signs taken down was damaging to the kids who made them and did not reflect a district statement supporting the fight against racism. 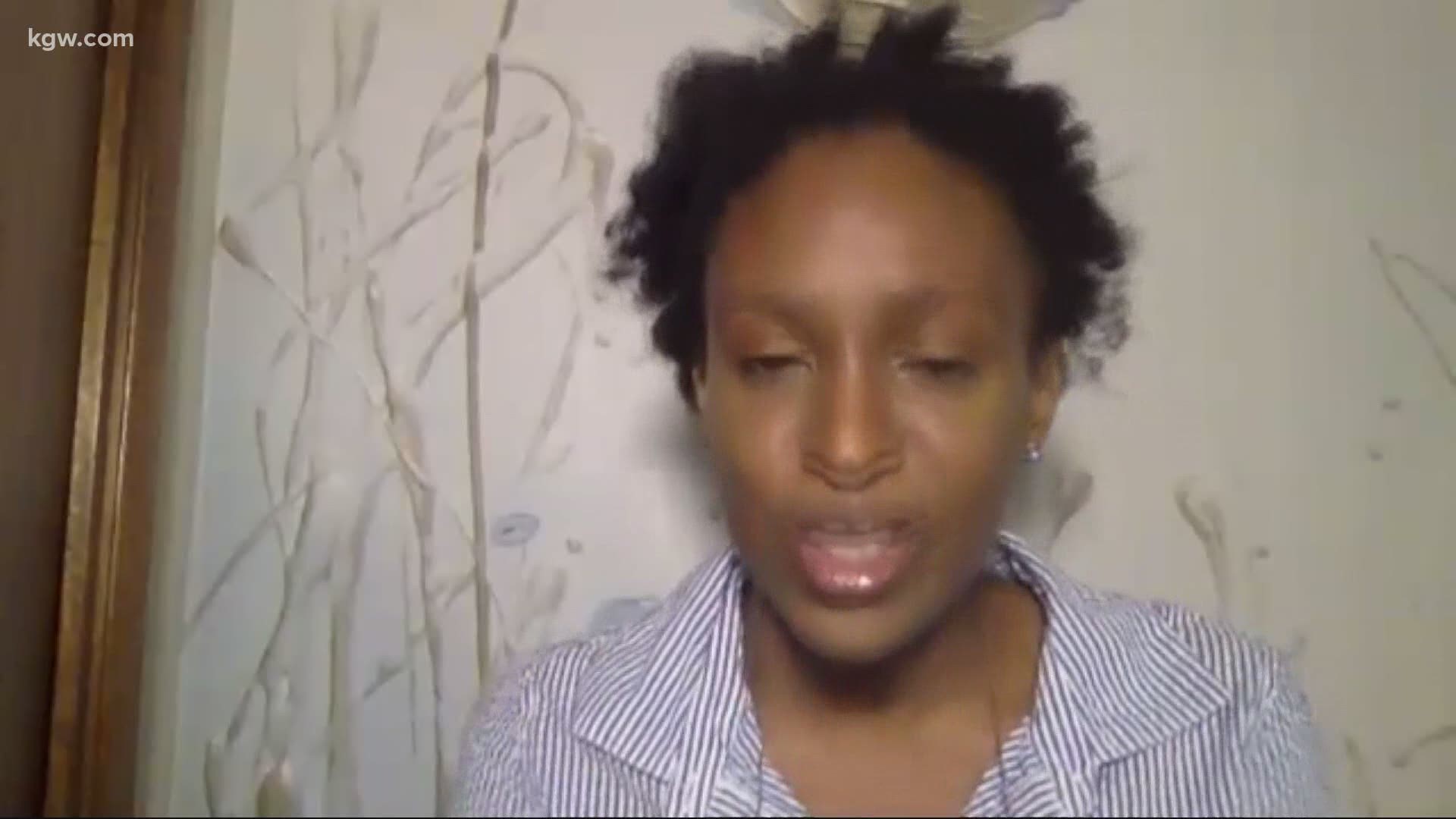 BEAVERTON, Ore. — UPDATE: District leaders have affirmed Black Lives Matter and will put that statement up on school reader boards until July 6, when back-to-school information will start running on them.

“Our efforts this week demonstrate the power of everyday neighbors who come together to make local changes in support of justice and equality," said Lori Abuta, one of the parents KGW spoke with for the story.

Parents and kids in the Beaverton School District are angry and disappointed after their Black Lives Matter signs were taken down at their school.

On Saturday, parents and kids marched together to West Tualatin View Elementary, holding signs and affirming that Black lives matter.

“The kids were excited and they were ready to go to a Black Lives Matter march in their own neighborhood,” said Lori Abuta. She has two sons: One is 4 years old and the other is 7 years old.

When they got to the school, they put their signs up on the fence.

“Putting up the signs made me feel really good,” said Kanan Mathew, an 11-year-old who’s headed into fifth grade next year at West Tualatin View.

“It made me feel good to know that people cared about Black lives and my life too, because I’m a Black kid,” Lucas Brownell said. He’s 10 years old and also going into fifth grade, at West Tualatin View Elementary.

One of the organizers of the march, Molly McKay Williams, who is also a parent, said many children and parents were out supporting the Black Lives Matter movement.

“It was just such an upbeat, wonderful event, so positive, so powerful,” said McKay Williams.

But the mood was much different once Monday morning rolled around.

“There’s so many things the schools aren’t able to provide. But they were able to provide custodians to take down all those signs and that was shocking,” McKay Williams said.

Abuta recalls driving her sons to a medical appointment on Monday morning. She said when they passed the school they saw two men removing signs from the fence.

“My children were just devastated, and I didn’t know what to say,” said Abuta.

“My son said, 'I don’t want to make any more signs.' I said, 'We don’t let anyone mute your voice, especially for something as important as your basic civil rights,'” she said.

Abuta said seeing the signs come down was damaging to the kids who worked so hard on them and did not reflect a statement the district made in late May where district leaders said they were committed to fighting racism.

Mathew said he is unhappy that the signs were taken down.

“I felt really bad because it’s important to me to celebrate Black lives and because I am a brown kid,” he said.

“Kids worked so hard on those signs and to see them just get taken down so easily, it made me really mad,” said 10-year-old Brownell.

Experiencing racism and equity issues at an early age

Brownell is still a kid, but that doesn’t mean he hasn’t experienced racism first hand.

He also remembers a time when he was at the store with his mom, wanted to get a Nerf gun, and didn’t understand why she said no.

“When we got home, my mom told me about Tamir Rice, the kid who was shot having a toy gun,” he said.

Tamir Rice was a 12-year-old Cleveland boy who was shot and killed by police in 2014 as he was playing with a pellet gun.

“The school policy clearly says the district allows the posting of certain material by non-school organizations. The material must offer educational learning opportunities for students, families, and or staff and not be discriminatory, that’s all it says,” said McKay Williams.

A district spokesperson said there is a regulation in place that clarifies the policy parents are referencing and it does prohibit community signs on school property.

“Still, our policies and procedures for placing signs on our properties are in place for a reason. We are the stewards of the physical property of our schools and facilities. We do not allow community-placed signs. We are exploring other actions to advocate support for our Black students, staff and community.”

“I don’t understand why they don’t want to start with something as small as a sign because there’s so much more work to do,” said Abuta.

Parents and students have put the signs back up at West Tualatin View Elementary and they will continue to fight for change in the district.

“We have to make sure the actions are consistent with the words,” said McKay Williams.

A spokesperson said the district support the signs’ messages, but they are trying to figure out a way forward.

Parents are also distraught over Black Lives Matter and racial equity signs that they say were vandalized, torn down and thrown in a dumpster at nearby Cedar Park Middle School. Parents said they’re not sure who’s behind the removal of those signs, but they want the district to publicly address the issue and allow schools to keep the signs up across the district.

Community members say it’s not just about the signs. They want to see action on diversifying district staff and incorporating age-appropriate anti-racism curriculum.

In a previous interview with KGW, Grotting acknowledged the lack of diversity among Beaverton School District staff. He said he’d work to change that so staff would better reflect the diversity of the student body.