Thousands of parents in different parts of the state have decided to join together to form a coalition to make sure Oregon leaders hear their voices. 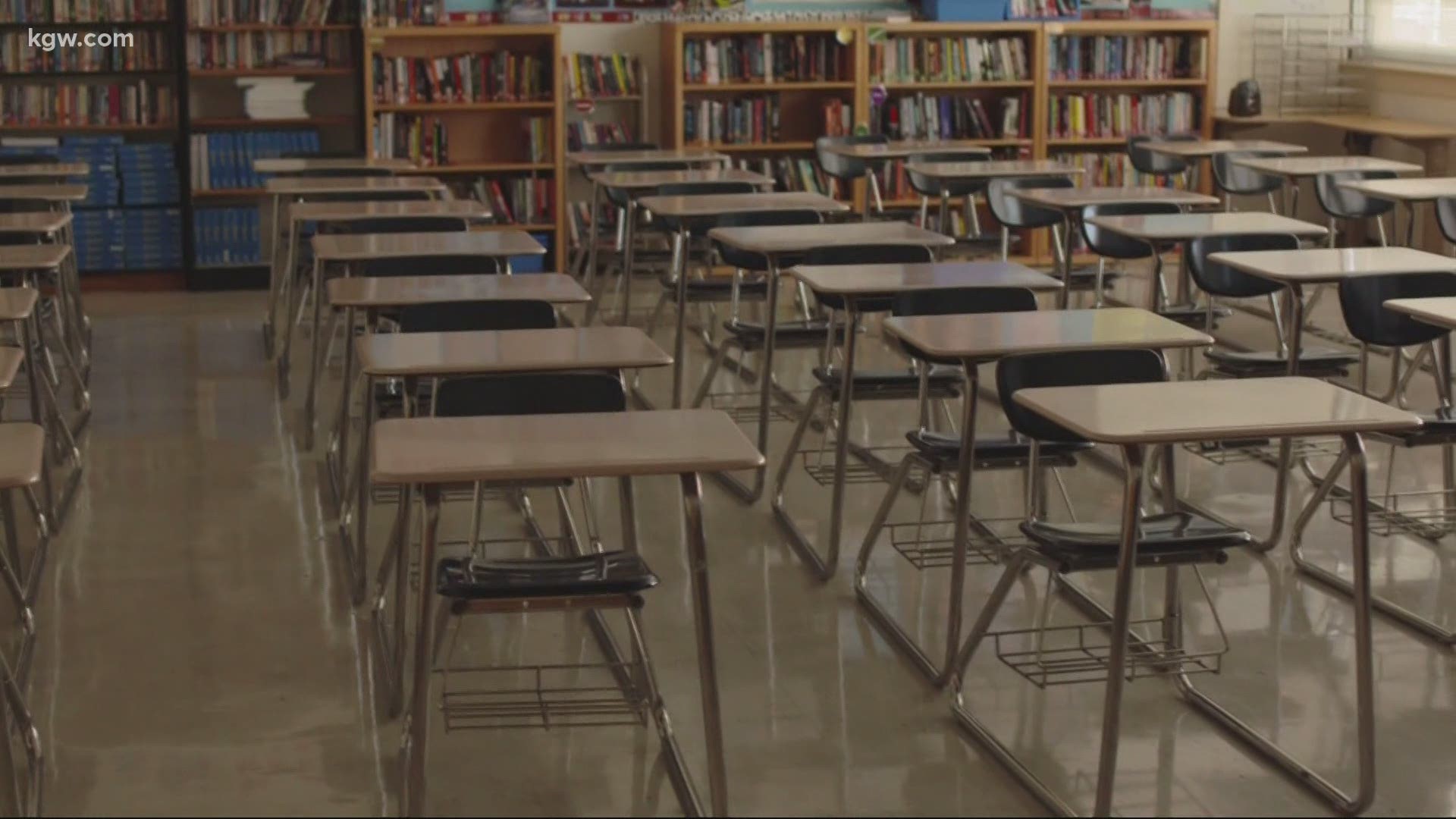 PORTLAND, Ore. — Many parents across the state of Oregon are frustrated with online learning.

Now, thousands of parents in different parts of the state have decided to join together to form a coalition to make sure Oregon leaders hear their voices.

Jennifer Dale is part of the coalition, called ED 300. She’s mom to three kids, including 8-year-old Lizzie who has Down syndrome. Dale said for her daughter, online learning just wasn’t working.

“We’ve had a lot of sleepless nights I would say,” said Dale.

“I was really worried that some of the losses she was experiencing could be permanent.”

Dale said normally Lizzie loves school but without the structure of physically going to class and without the in-person contact with her peers and instructors, she didn’t want to do school.

After tears and sleepless nights, Dale was able to get Lizzie some limited in-person learning. She said that has helped. But she knows there are other kids out there who are also struggling academically and emotionally.

Parents come together under umbrella of ED 300

That’s why she and others have formed ED 300. They’re asking the state to give families the option of in-person learning by Jan. 6. The group says that marks the 300th day since many students set foot in a classroom. Rene Gonzalez is part of the coalition too. He has three kids. He said parents really started to exchange information and coordinate only about two weeks ago.

“We started this Facebook group in Portland. We didn’t know anyone would join. We’re now up to 700 and we’re part of a bigger community that we estimate to be over 30,000 statewide,” said Gonzalez.

He said he’s worried that with the passing weeks and months, that without traditional education, kids may not fully recover. He said the group wants state leaders to step aside and let communities decide about reopening schools.

“What we’re advocating [for] is they allow local communities and schools to work through this. What makes sense in their neighborhood and district,” Gonzalez said.

What other states are doing

Other states are giving options for reopening schools. A map on the Education Week website, published by the nonprofit Editorial Projects in Education, shows the status of reopening schools state by state. Much of the U.S. is yellow, which means there is no order or mandate but rather guidelines for districts to reopen schools. Oregon is considered partially closed. Four states: Iowa, Florida, Arkansas, and Texas are colored purple. That is where schools have been ordered open or families have the option.

Some of the headlines from those states point to schools having to close again due to rising COVID-19 numbers among students and staff.

What the experts are saying

Health officials have said cases in schools reflect what’s happening in the community. In an online talk through the Infectious Diseases Society of America website last month, doctors said they believe there is a safe way to reopen schools in some specific circumstances. One measure to pay attention to, doctors said, is the level of community spread.

“Certainly we have not seen a massive super spreader event that has been obvious in the school systems,” said Dr. Wendy Armstrong, a board member of the Infectious Diseases Society of America as well as a professor at Emory University School of Medicine.

A recent study from the Washington Department of Health in conjunction with Alliance for Pandemic Preparedness at the University of Washington and the START CENTER seems to confirm that. The global study found, among other things, that reopening schools where community spread was low, likely wasn’t the main driver in transmission rates.

Studies have also found that kids can get the virus and doctors say they can spread it too. A report out of the American Academy of Pediatrics from Nov. 5, shows the percentage of children with COVID-19 is rising, though it’s unclear if that’s a result of more testing.

Parents in Oregon say they’re hoping to work together with school districts to come up with safe options.

Dale said parents understand that school won’t look like it did before the pandemic and there will be families that decide in-person learning isn’t the right decision for their family. Both Dale and Gonzalez said it all comes down to choice.

“This is a communal problem that we all have an interest in solving it. So how do we do it,” said Gonzalez. “That’s the end for us, to give families those choices and it’s not more complicated than that.”