Douglas High in Winston has returned to in-person learning with ODE approval, despite county metrics that don't support a return to in-person instruction. 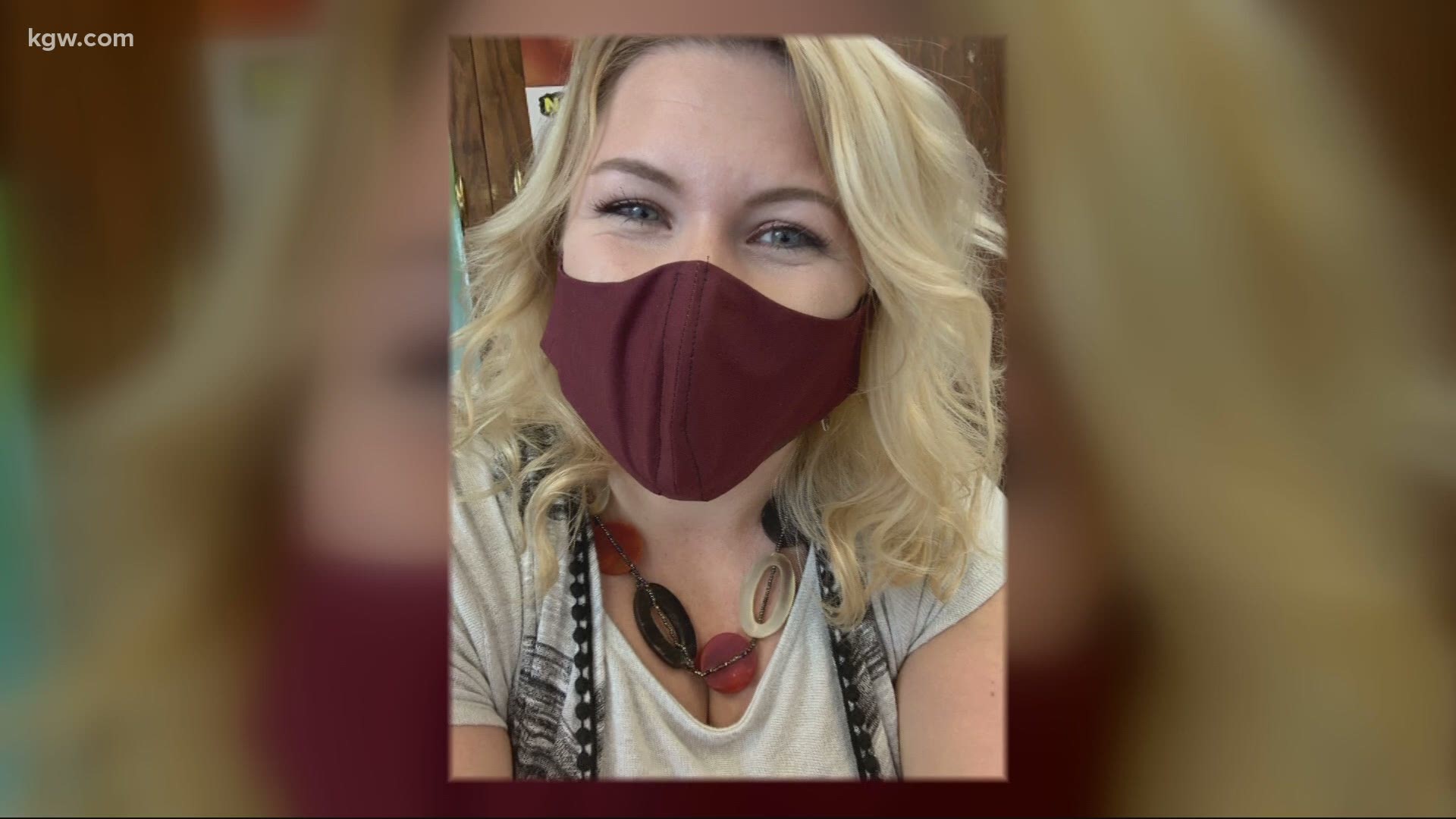 WINSTON, Oregon — A teacher in the Winston-Dillard school district in Southern Oregon resigned from her position this week because of concerns regarding COVID-19.  The district received an exception from the state that allows students at Douglas High School to return to hybrid, in-person learning.

Kati Parazoo grew up going to Douglas High School, which is located in Douglas County.

After graduation, she went to college, traveled, then came full circle back to Douglas High where she started teaching Spanish in 2018.

“It was super rewarding to go back and to show them that […] somebody that lived on Grape Street could grow up to travel and experience all these wonderful things, and all this culture and diversity in their life,” said Parazoo.

She said she wanted to inspire kids to explore and learn more about their world.

“I just wanted them to see that they could do anything,” she said.

“I had a pain in my chest and I felt sick to my stomach because I was worried about my children, who I had diligently worked to keep safe since March,” Parazoo said.

“Many of our teachers at the high school were pretty upset at the decision to open.”

There’s a complicated back story as to why the district was able to open the high school for in-person, hybrid learning with the approval of the Oregon Department of Education.

The school board made a decision back in September to move forward with in-person learning. At the time, county metrics were met, with 10 or fewer cases of COVID-19 per 100,000 people.

“We could have opened up all our schools the day after the board voted. The metrics in the county were fine. What ended up happening is we chose to open them up slowly, one grade band at a time,” said Rob Boye, who is the Winston-Dillard School District Director of Curriculum.

He said opening slowly was the district’s way of re-opening in a measured way.

But by the time Douglas High was set to re-open on Monday, Oct. 5, a spike in COVID-19 cases in other parts of the county prevented schools in the entire county from returning to in-person instruction. Boye said when school started at Douglas High, the number of cases was in the 20s per 100,000 people.

While that increase was enough to prevent the start of in-person school, it was not enough to shut schools down. For schools in the county to move back to comprehensive distance learning, there needs to be a case rate of 30 or more per 100,000 people.

Boye said had all the district’s schools opened at the same time in September, the district wouldn’t have been affected by the increase in county cases.

So, on Saturday, with only the high school left in the district to start a hybrid model of in-person school, Boye said district officials had a call with the governor as well as state education and health officials.

“Dr. Dannenhoffer relayed to them [state leaders] that we had no cases in our district ever and we were prime candidates for opening under a certain rural school exception,” said Boye.

“Usually to qualify for a small school exception the school has to be under 250 kids. We have over 350.”

But because the high school is under construction and half the building is knocked down, there’s less room for students. Boye said the building only has room for 180 students.

Other requirements the district had to satisfy include it being considered a “rural” district, the high school being located more than eight miles away from the nearest neighboring high school, and the case rate for Douglas County remaining at 30 or below per 100,000 people.

On Sunday, ODE sent a letter to district officials giving the green light to start up in-person learning at the high school.

Right now, kids are broken up into two cohorts with each group of students attending in-person school two days a week on different days. Boye said the district is following all cleaning and sanitizing guidelines.

“I understand it’s an emotional issue on all sides. Our community has spoken loud and clear, overwhelming support for opening the schools and we’ve been taking every possible measure to make sure it’s a safe and healthy workplace, and we’ll continue to tweak our practices to make it even safer,” said Boye.

It’s a decision Parazoo disagrees with. She said had county metrics supported re-opening the high school on Oct. 5, she and other teachers would have been fine with the decision. But with county metrics at more than 10 cases per 100,000 people, she’s uncomfortable with the physical return to school.

“Yes, we want students back. But we want to do that safely,” she said.

In addition, she and others who feel similarly, said they wanted the district to also consider flu season and the upcoming Thanksgiving and Christmas break where kids and families may travel out of the area.

Parazoo said she had used her sick time for the first three days of school before she submitted her resignation. She said she had asked for accommodation to work from home, but the district and other officials did not get back to her in a timely enough manner.

“Teachers, we’re just asking for a little bit of grace.”