'Feels like good news': Parents respond to possibility of in-person learning due to new COVID-19 metrics 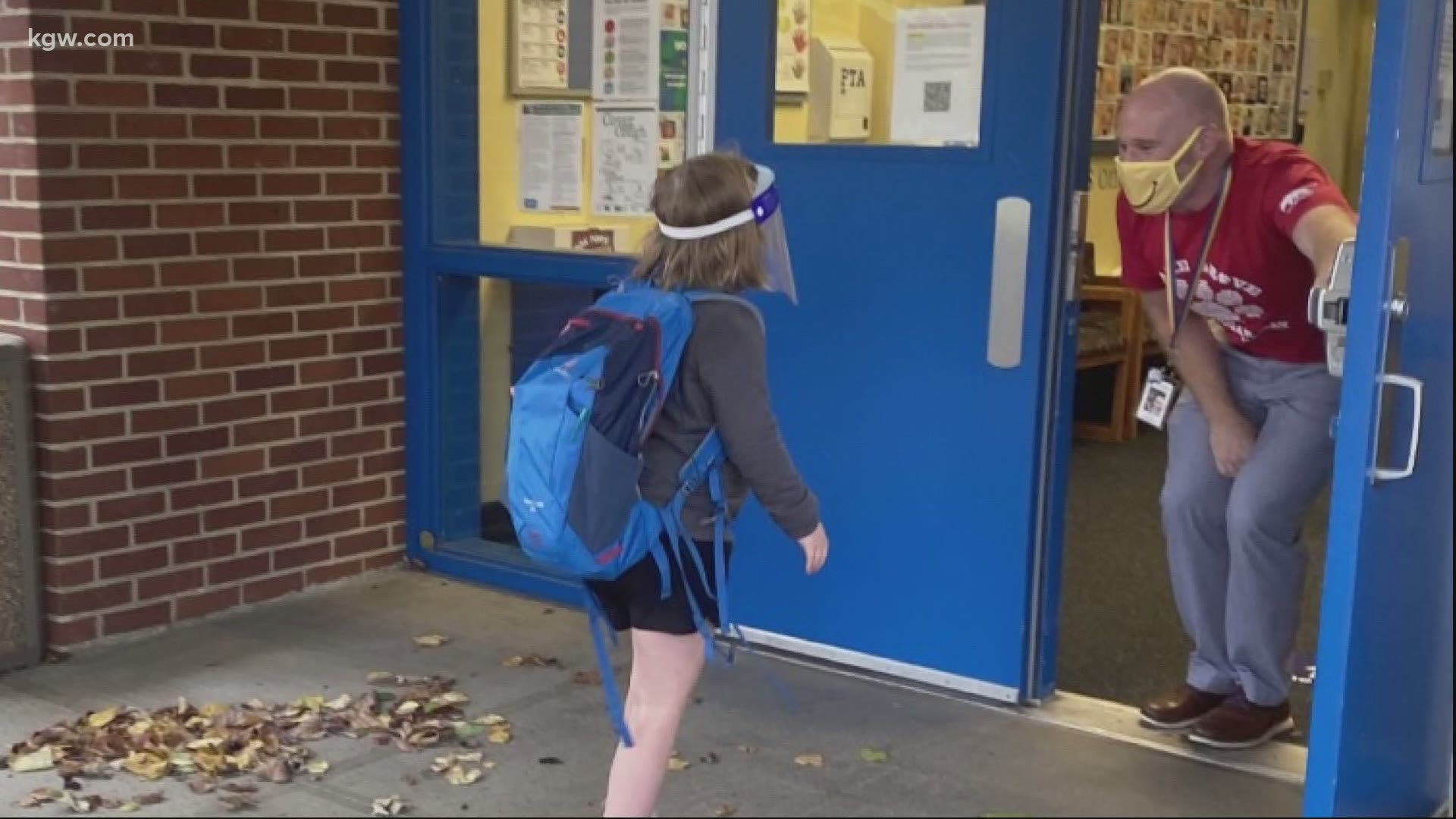 PORTLAND, Ore. — On Friday, Jennifer Dale learned that after months spent learning from home, her youngest two kids could soon be returning to their elementary school in Lake Oswego. Clackamas County is elementary school-eligible under the governor's new COVID-19 metrics for in-person learning.

“We're pretty excited to be getting what feels like good news,” said Dale. “We know that going back to school is a privilege, so we want to do it safely and are really appreciative of the fact that everybody's looking at that safety component.”

Dale’s oldest daughter Maddi is in seventh grade. She'll have to wait until Clackamas County's numbers improve even more, before going back to school.

Many of Oregon's smaller counties are at least elementary, if not high school, eligible to return to in-person learning. But in Multnomah, Washington and Marion counties, all children must continue learning from home for now.

“We have these hurdles we know we're going to come across and the first big one was change the metrics,” said Shalyse Olson, a Salem mother of four. “It's kind of the first step in the right direction.”

Olson and other parents have spent countless hours advocating for reopening schools and at the very least, adjusting the metrics.

“With the previous [metrics], there was no way that any of these kids were going to be in school anytime this year and probably not next year to be honest,” said Olson.

Portland Public Schools will have a long way to go before in-person learning resumes, but parents like Rene Gonzalez are encouraged.

“It's disappointing that it's taken this long to focus on children and education in this context,” said Gonzalez. “But that was progress.”

Gonzalez said his twin daughters are missing their freshman year in high school and his third-grade son has a lot of pent-up energy, but they’re doing relatively well. Still, he worries about the unmet needs of every child and family under these conditions.

“I think it's just so important for their development, they're social and emotional needs and for parents to be able to work in a focused way,” he said.

Contrary to what many parents feel, the state's teachers union criticized the governor's move to relax the metrics. A statement from the Oregon Education Association read in part, "The governor's decision to hastily implement new, relaxed, metrics will only serve to further disrupt education for students, families, and educators."

To create a safer environment for everyone, Gonzales said he wants to see state health officials figure out how to test more often and improve contact tracing.

“I wish we would have solved that four months ago,” said Gonzales, “But I think we can do it and protect our teachers.”