Students at Oregon Charter Academy got to ask NASA astronaut, Shannon Walker, their most pressing questions on Tuesday. 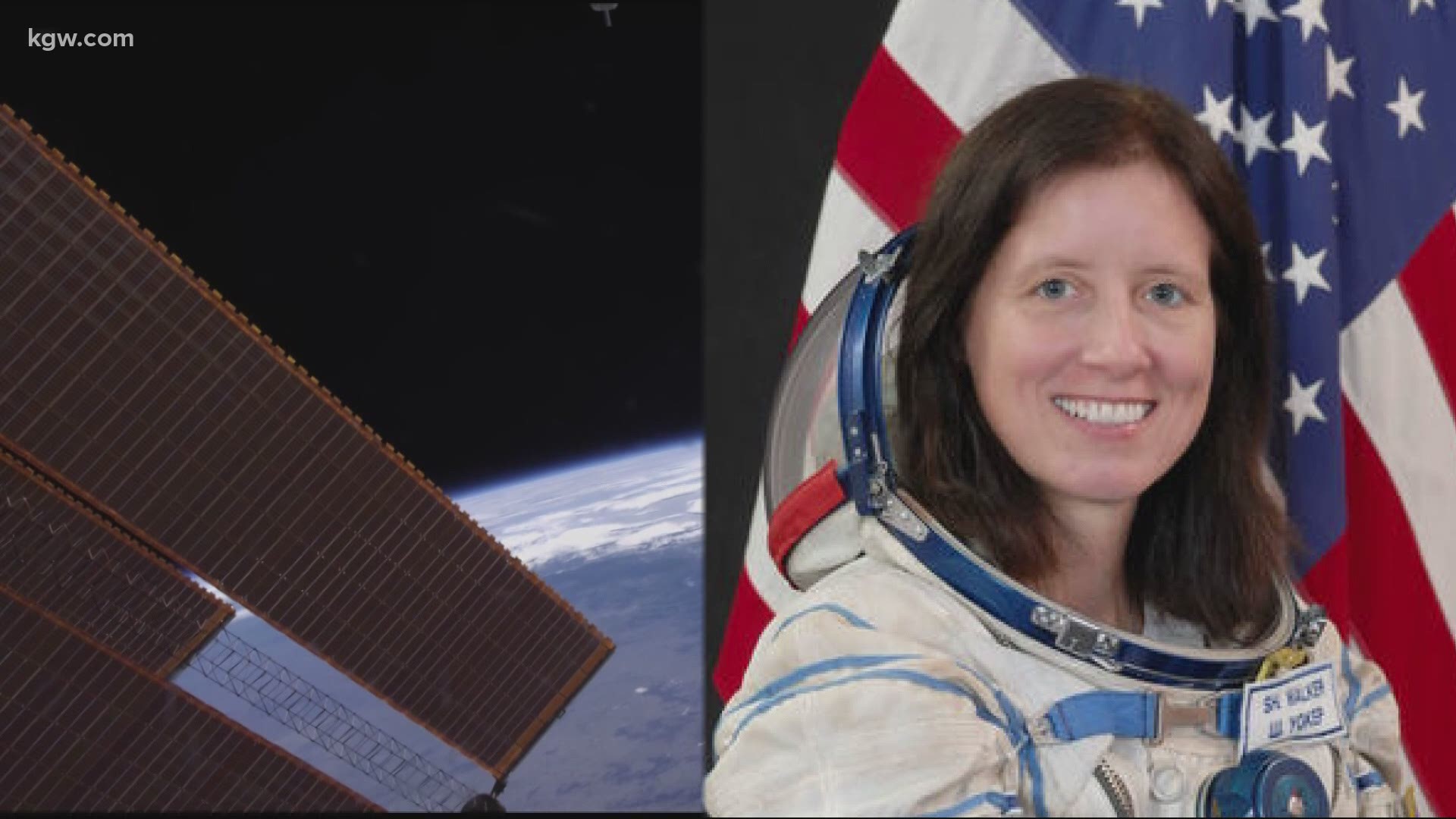 MILL CITY, Ore. — Kids in Oregon had the opportunity of a lifetime this week. They got to talk directly to astronaut Shannon Walker, who is on the International Space Station, with the help of an amateur radio operator.

On Tuesday morning, about 2,000 Oregon Charter Academy students tuned into a live broadcast, with 12 kids in the school’s NASA Club getting to ask their questions and those of their classmates.

Questions included: How do you sleep on the space station? Do a compasses work in space? How many satellites are there in space?

The kids who participated said they had an amazing time.

“I thought that it was cool that someone would actually hear my name in space and be like talking to me,” said 5th-grade student Emma VandenBos.

The opportunity was a year in the making. Oregon Charter Academy applied to be a part of the “ARISS Program.” ARISS stands for Amateur Radio on the International Space Station. The idea is to inspire kids to pursue interests and careers in the fields of science, technology, engineering, and math (STEM). Oregon Charter Academy was one of 10 organizations in the United States to be selected. Through the program, amateur radio operators around the world help connect kids on earth to astronauts on the ISS.

In this case, an amateur radio operator in Australia at the edge of the Outback, patched the radio transmission through to the ISS, located more than 200 miles above earth.

“The antennas now are actually moving into position in order to lock into the space station as it comes up over the horizon,” said the operator in Australia in a recording of the event.

“In order to connect with the space station you actually have to be in direct line of sight as it’s passing overhead,” said Dan Vasen, Oregon Charter Academy Elementary Principal.

“This is one of the coolest things I’ve gotten to do as a science educator,” Vasen said.

Many of his students feel the same way.

“I was like extremely excited when I got the e-mail that I was going to get to be one of the 12 students in the entire school who got to get this experience to talk to Shannon Walker,” said Norah Reed, who is in 1st grade.

Students who participated in asking questions said they were nervous at first because there was limited time, only about 10 minutes, for students to ask their most pressing questions.

This is because the ISS travels at about 18,000 miles per hour through space, circling earth about 16 times over the course of one day. The radio operator’s antenna can only maintain contact with the ISS as it passes overhead. Once the ISS travels below the horizon, amateur radio operators lose the connection.

Because the school wanted things to run smoothly, Vasen said the students and staff at the school practiced the entire process three times prior to the actual event. He said in the beginning of 2020, when they had found out they’d been selected, 25 Oregon Charter Academy teachers assisted in developing an educational program around the ARISS program and the upcoming event.

Despite the nerves, kids say they had, the experience was a fun one.

“There’s one chance to do it,” said Alaina Laack, an 8th grader at the school.

“You have to speak fast but then when you speak fast, sometimes you get your words jumbled together,” she said.

“I knew it was a big opportunity and like, it’s just you don’t want to mess it up,” said Emma, who added that the experience inspired her to potentially work for NASA in the future.

“I was very interested when she said that they grew radishes on the ISS,” said Norah.

Overall, the experience was literally out of this world for many of the students involved.

“I thought it was awesome just to talk to that person on the ISS, amazing,” said Ezekiel Bruijn, who is in 9th grade.

“I might go to space one day and be an astronaut. Maybe I could actually see the real planets in person,” Norah said. During the Zoom interview with KGW, she showed off the planets she made to hang in her room.

Vasen said this was a bright spot during a difficult time for so many.