The Shadow Project has always helped kids with learning challenges achieve their full potential. That's more important than ever, for kids learning from home. 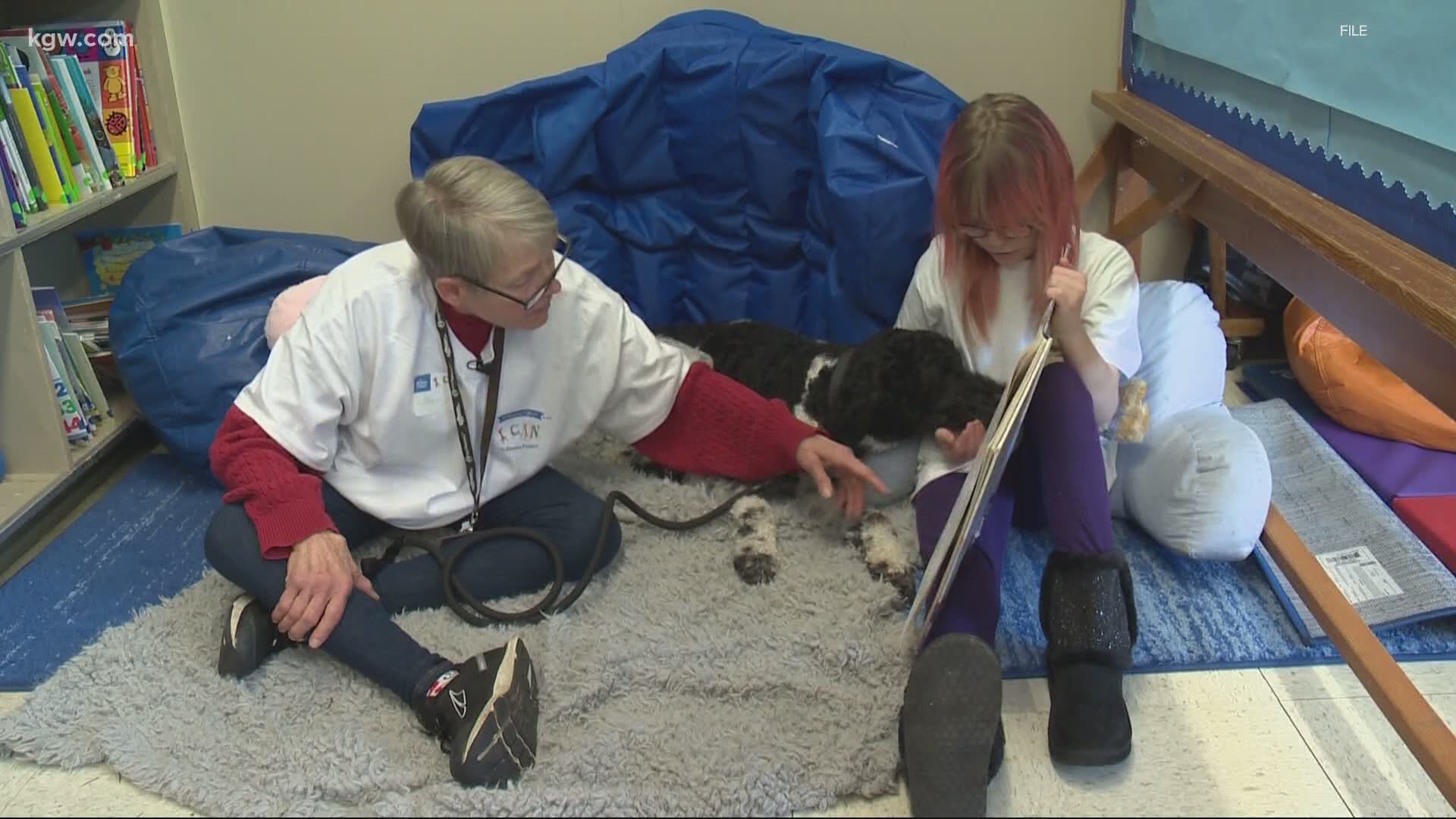 PORTLAND, Ore. — Many children went back to school this week. For most of them, that meant going back to “remote learning.” That can be especially tough for kids with special learning needs, say experts. A local nonprofit called The Shadow Project is working to give those kids the extra push they need to succeed.

“I needed extra help with reading and writing,” said 10-year-old Bailey Lutz, a fifth-grader at Stevenson Elementary School. “I would struggle on asking myself, ‘Is this word right?’ and I just got stressed out a little bit.”

Bailey learned about The Shadow Project through her school’s learning center, which participates in the nonprofit.

“It's been wonderful to see her come out of her shell and into her own through the support she has,” said Bailey’s mom, Heidi Lutz.

Heidi said tests indicated Bailey was borderline dyslexic and has a learning disability in writing. She said The Shadow Project’s goal setting program which incentives achieving small milestones, fuels Bailey’s confidence. The program allows kids to earn shadow bucks, which they can use to select prizes.

“One example is Bailey earned a pizza certificate over the summer and was so excited to take the family to pizza,” said Heidi. “She felt it was something she really earned.”

The Shadow Project founder and executive director Christy Scattarella, said so often, dyslexia fuels frustration in kids. That leads many kids to want to give up. For that reason, Scattarella believes building kids' confidence with positive reinforcement is so critical in helping them reach their full learning potential.

“It helps kids develop this sense of confidence and the ability to persevere because they are setting and meeting their own ambitious goals,” said Scattarella. “They imagine and they draw pictures of themselves achieving their goal so they get closer and closer. Like everything else, it's as much about the journey as it is the end result.”

Since 1997, Scattarella said The Shadow Project has helped nearly 12,500 students like Bailey and Scattarella’s own son, Alex, who inspired her initial effort. When COVID-19 hit, Scattarella said the nonprofit’s Reading Mentors and Goal Setting programs became even more critical.

“This year the risk of learning loss for our children is profound,” said Scattarella. “For children who learn differently, the virtual learning environment is so much harder. It's very easy for them to get frustrated and give up.”

Heidi Lutz said she didn’t know how the pandemic would impact Bailey’s education.

“We were worried about what the school year would look like once it transitioned online,” said Heidi. “We were very excited to see Bailey’s learning center sessions continue. Her being able to set goals with her teacher and earn shadow bucks kind of give her a sense of normalcy, even with the distance learning.”

Heidi said the last time Bailey’s school learning center administered a reading test, she got the highest words-per-minute score—an accomplishment she’s very proud of. As Bailey prepares to take on new challenges, she hopes others who learn the way she does, will feel encouraged.

“Don’t think about what other people think, just focus on your work,” advised Bailey. “Other people have the same challenges as you so they shouldn't be ashamed.”

Scattarella said this year The Shadow Project is poised to support 1,300 students in the Portland area. She hopes those who are able to, will support the nonprofit financially.

“The biggest thing I think The Shadow Project does for our kids is help them manifest their innate courage,” said Scattarella. “That's what they're going to need more than ever, this year.”