'I’m better than what I think I am': Newborn son and family motivate North Salem High School Senior to graduate

Ramon Medina's journey to graduation wasn’t easy. But after some hard work, come Thursday, he'll be a proud 2020 graduate. 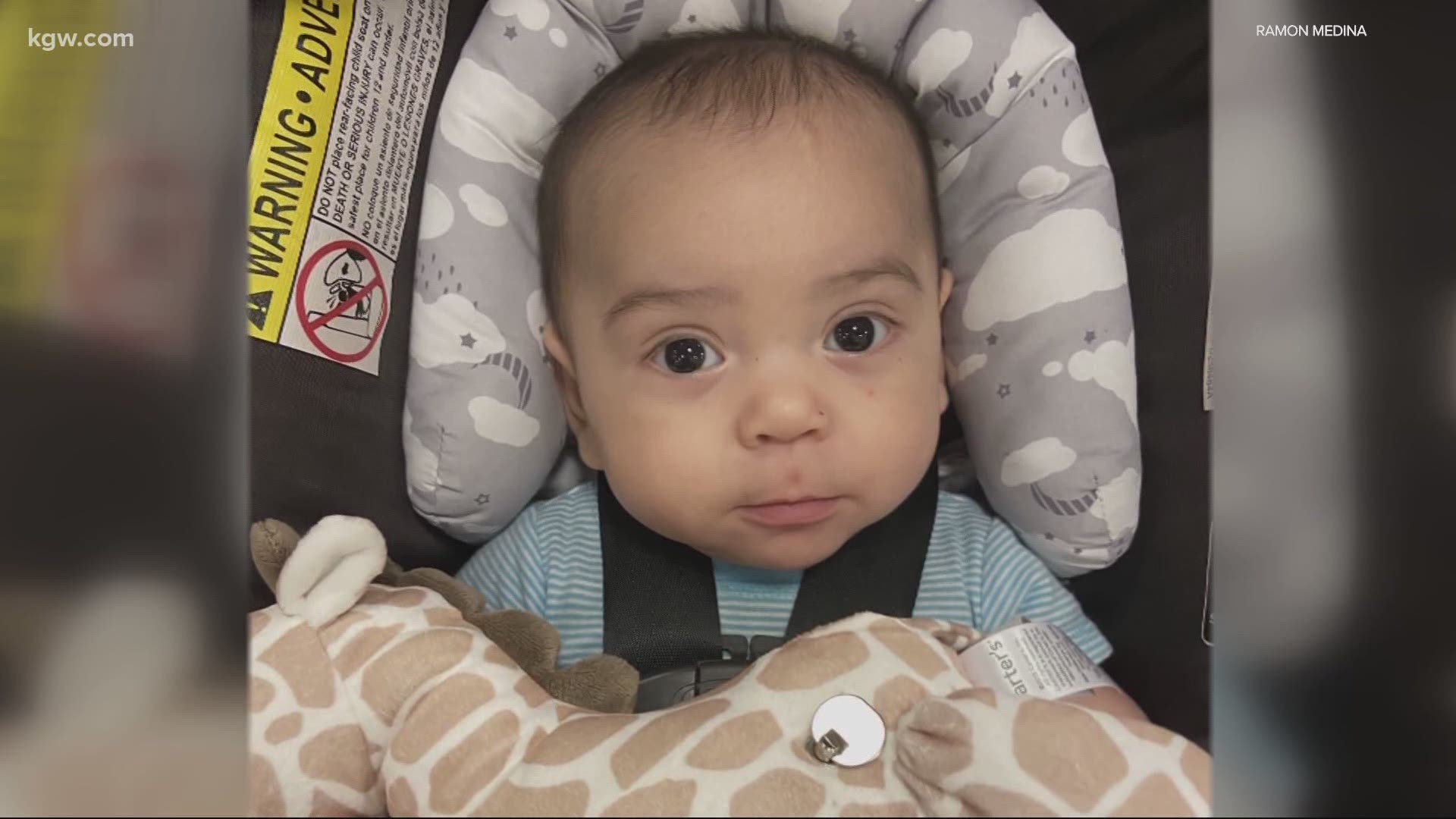 PORTLAND, Ore. — Many summer school programs have recently wrapped up or are ending soon.

For some seniors needing a little extra help, this year was rough.

Ramon Medina is one of them. His path to graduation wasn’t easy.

“It was freshman and sophomore year when I really didn’t show interest in school that much,” said Medina.

He said the consequences came during his senior year when he had to take all his regular courses plus the ones he had to make up from prior years. Then COVID-19 hit.

“I was like whoa what am I gonna do. I feel like I’m not gonna graduate,” Medina said.

He needed to take summer school to finish the one math class he needed to graduate. But it wasn’t easy juggling his fastfood job, family, and school.

“I have a baby boy and I have to obviously have money to support him and to buy his stuff,” said Medina.

“His name is Adrian and he’s four months... I just thought about it and I was like I don’t want to be flipping patties all the time.”

He said he told his mom and dad he had to graduate. So he started reviewing his notes and studying to take the online math test he needed.

“All of a sudden my teacher stops me, he was like you graduated, you’re done. I just stood and I dropped my pencil. I was like really that’s it?” Medina said.

Now he’s on track to graduate with the rest of his classmates on Thursday.

“I don’t want to look like a flunk in the future with my kid and stuff and I really want to graduate and hold my diploma along with my wife holding hers,” said Medina.

His girlfriend, who he calls his wife, along with their son were the main motivators on his journey to graduation.

“One day when my son grows up and he feels like he fails at school, I want to grab him by the hand and show him a picture where he’s getting held as a baby with me and my girlfriend with a diploma,” Medina said.

This is what he wants to be able to say: “If me and your mom can do it, so can you.”

Thursday, August 6, Medina will graduate with his classmates.

Officials with the Salem-Keizer School District said high schools will be doing in-person graduation ceremonies on Thursday, August 6. The plan is to stagger groups of graduates.

She said she and her colleagues were focused on getting seniors across the finish line. Their efforts were mainly concentrated on 19 credit-shy seniors. She anticipated most, if not all of them, would make it to graduation.

“Our lead counselor and myself go out and do home visits twice a week,” said Creighton while summer school was still in session.

“It truly has taken a village.”