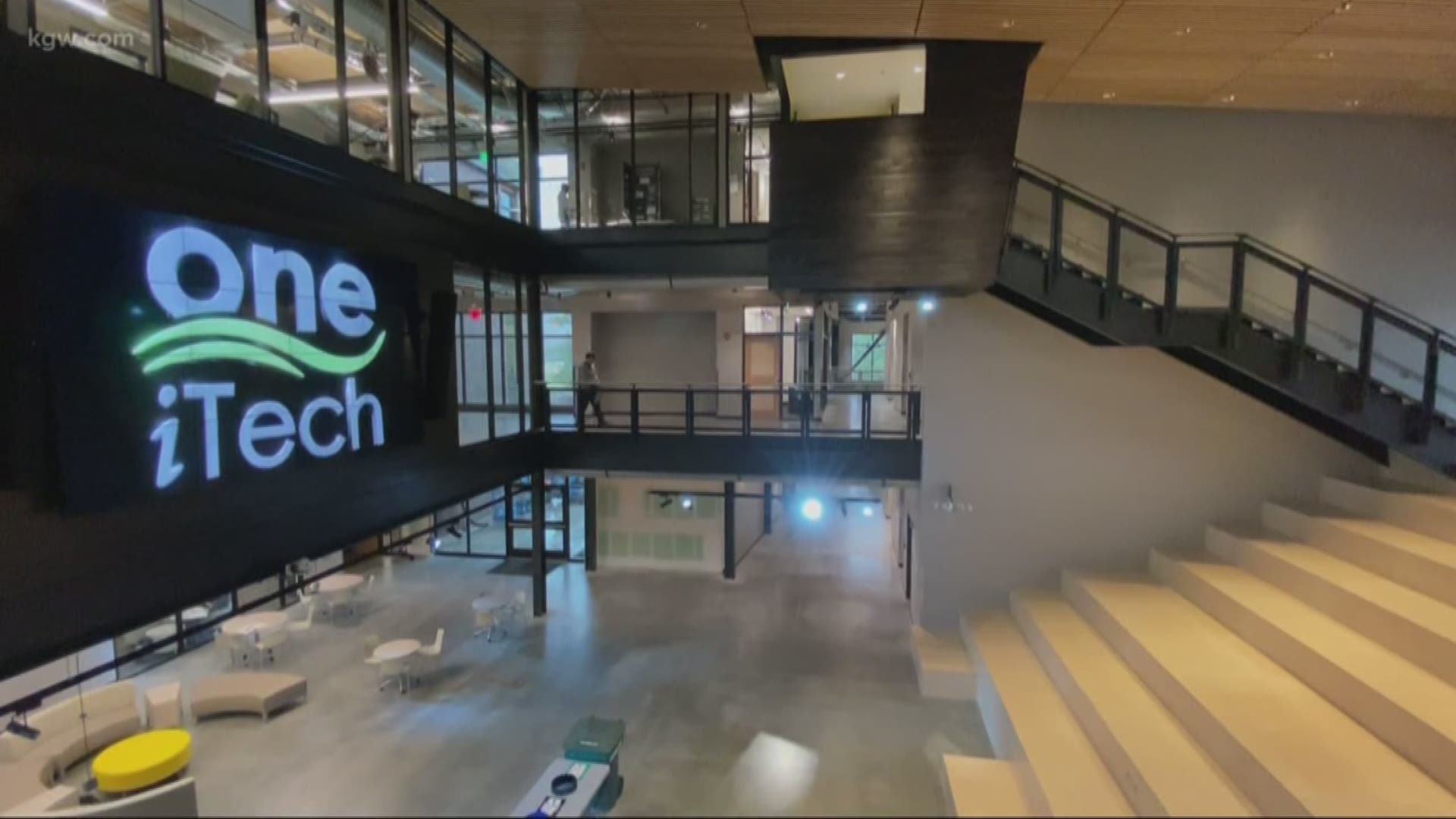 VANCOUVER, Wash. — When students are excited to go to school, as an educator you know you've done something right. At the new i-Tech Prep School building on the WSU Vancouver campus, students are loving their new school.

Senior Anthony Lindberg has been a student at i-Tech since sixth grade.

"Coming to i-Tech, the teachers radiated so much personality and they were so engaged and they felt so passionate about what they were teaching. They wanted to be here as much as I wanted to go there," Lindberg said.

I-Tech was started in 2012. Students can start attending school in the sixth grade. They're admitted through a lottery system. The STEM (Science, Technology, Engineering and Math) focused school uses project-based learning.

Before the new campus was built, grades 6 through 8 were held at a community center. Grades 9 through 12 were held in a building on the WSU Vancouver campus. For the first time in eight years, students have a school they can call their own.

"This is ours. This is like our school, i-Tech. This is us," Lindberg said. "It was really fun to know that we don't have to worry about ID badges that prove we go to this school or worry about any other people or college students wandering around here. This is actually ours now."

"It's really exciting," said junior Maddison Parks. "I remember coming in seventh grade and they were saying we're going to get a new building by the time you're in high school. I'm in high school and it's here and it's better than I thought it was going to be."

The main highlights of the building revolve around the center space, a wide open central area where students eat lunch, gather for assemblies and use the space to collaborate with others or work individually on projects.

"We really look at things from a innovative and inquisitive lens. We try to identify problems and use project-based learning to solve those problems and to learn through the process of problem solving," principal Darby Meade said.

Throughout the three-story building there are 23 classrooms and six collaborative spaces. There isn't a gym. Instead they've designed a covered outdoor space with turf. They've nicknamed it "The Turfnasium." If the school seems different than what you would think is normal, that's the point.

"That's one of our mottos is that we're a little bit different here," Meade said.

Starting in the spring of their freshman year, students can attend Clark College-level classes. Once they're 16, they can attend classes at the WSU Vancouver level. Setting students up for success at the next level.

"What we have found is that a wide-range of students are extremely successful here because there are multiple entry points to the learning. It's not just one way to do things. Kids are able to have voice and choice in how they demonstrate their learning," Meade said.

The school currently has 400 students enrolled, but has the capacity to hold 700. Meade says over the next few years they will enroll more students.