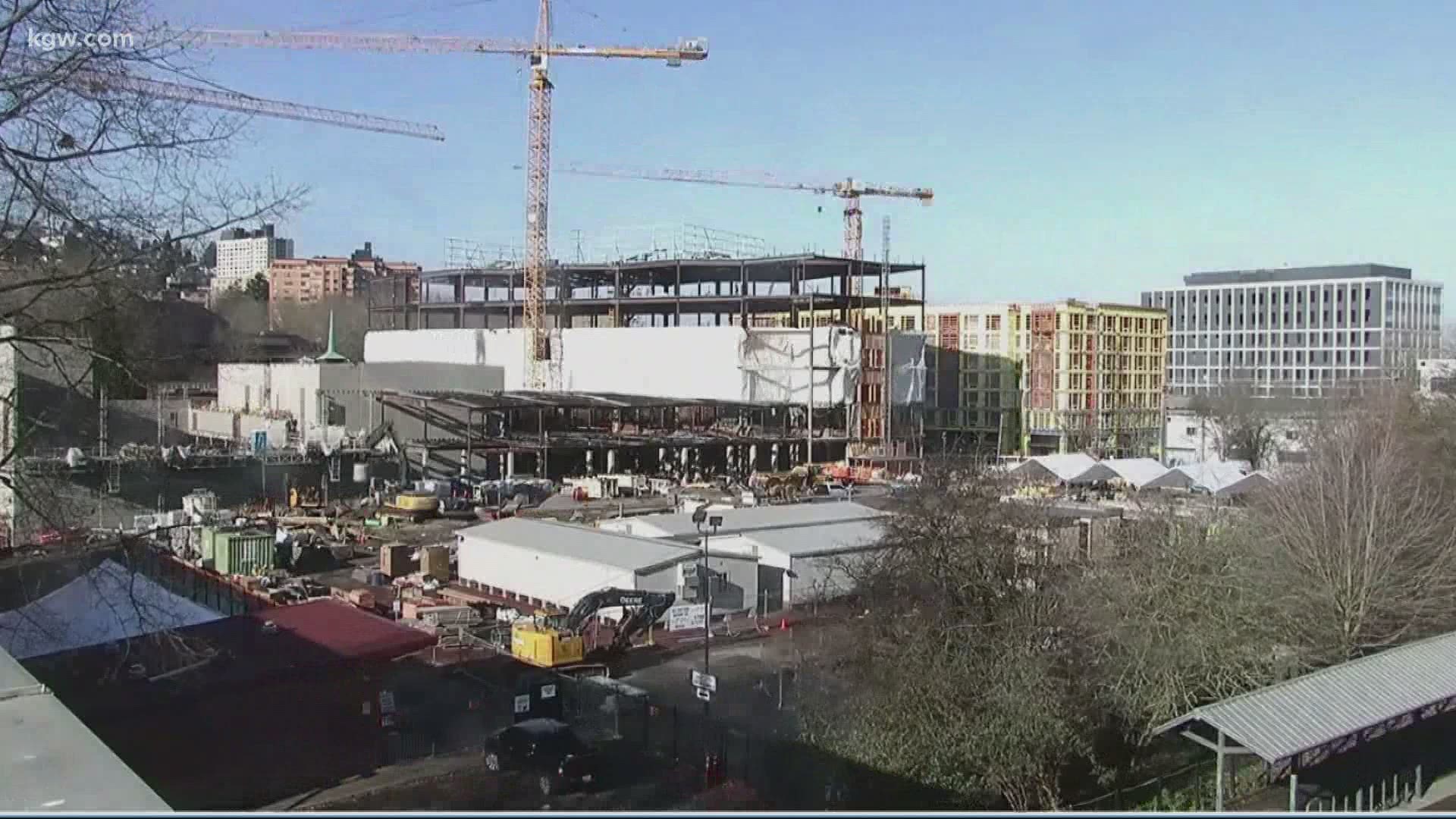 Peyton Chapman has been the principal at Lincoln High School for the past 15 years. She calls the multi-phase construction of the school a dream come true. A 2017 bond gave Portland Public Schools almost $800 million to upgrade, rebuild and plan for future improvements.

"The first day I walked into the building, students were eating on the floor, our ceiling tiles were falling," Chapman said. "Just to see it come to fruition is really exciting."

Lincoln's old building was the smallest high school in the district at one point and also the most overcrowded. "We’ve had to have classes at the church, which of course is very uncomfortable and really inappropriate, we’ve had to have classes called 'Urban Exploration' where the teacher met the students on the patio and then walked and talked and led them downtown."

Chapman says that’s just one of a laundry list of concerns for their 1,500 students.

Another one, the cafeteria only sits 150 people because they've had to put temporary classrooms into the cafeteria. But that is all changing, thanks to the "Health, Safety, and Modernization Bond" passed by Portland voters in 2017.

Lincoln High School is one of several schools getting renovated or re-built.

"This is part of the district’s plan to modernize and reconstruct all of PPS high schools," said Erik Gerding, project manager for the new school building. Construction on Lincoln started in January this year, and a new six-story building is now going up on what used to be the school's track and football field.

The vertical layout will allow space for a small practice field and bigger classrooms. "We are on schedule for that opening in 2022 and we are really hoping to have everyone back in our buildings and be able to really take advantage of this great new education facility,” said Gerding.

Whenever Portland schools reopen after the COVID-19 pandemic, Lincoln students will go back to their old building, and likely move into the new one in fall 2022.

The old school will then be demolished to rebuild the athletic fields, that should be done by 2023.

"It’s so hard right now to be an educator. I so desperately miss our students and want so much more for them and for our teachers, but at least every day watching [the building] be able to go up just gives me hope," said Chapman.