The Huddle Up campaign, which ends Tuesday, benefits kids in Oregon by providing four-year scholarships to kids who need help paying for college. 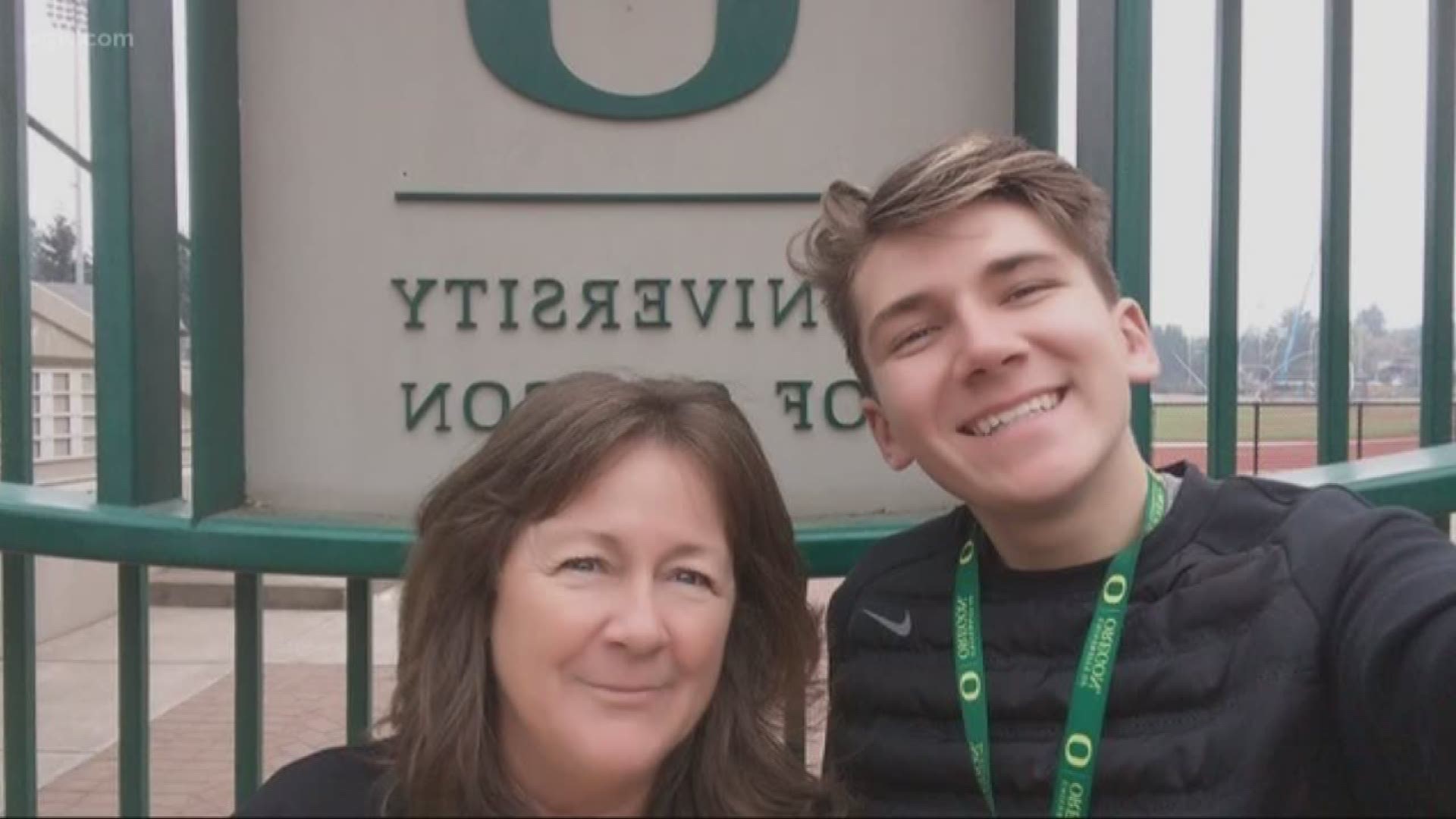 PORTLAND, Ore. — Joey Harrington's Huddle Up campaign, one of the programs of his Harrington Family Foundation, is in the homestretch. The campaign, which ends Tuesday, benefits kids in Oregon by providing four-year scholarships to kids who need help paying for college.

Harrington, the former Oregon Ducks star quarterback who played six seasons in the NFL, said students not only get the money to pay for college, but they're also paired with mentors who help them along the way.

"This program is built with a long-term vision in mind. It's not about writing a check and walking away," Harrington said.

Walking on the Willamette University campus, Melissa Legaria said she feels at home. This summer, the soon-to-be senior is working hard doing research.

The end goal is to find a way to help people with a disease that causes blindness. "Hopefully we can help treat a disease that has no treatment," she said.

Credit: Christine Pitawanich, KGW
Melissa Legaria, who will be a senior at Willamette University this fall, is a recipient of one of the annual four-year scholarships from the Harrington Family Foundation.

Legaria said the opportunity she's getting right now is because of the scholarship she received from the Harrington Family Foundation.

The criteria? Financial need, community leadership, and an "it" factor. The ones who stand out are kids who want to give back and make their communities better down the road.

"We look for students around the entire state, students who have invested in their community," Harrington said.

RELATED: Football gave Joey Harrington so much, but he’s not sure he’d let his boys play

Scholarship recipients said the help is priceless, especially when it comes to being paired up with a mentor.

"You need the financial means, but in order to survive in the real world, you're also going to need connections," said Daniel Paulsen, who'll be a junior at the University of Oregon this fall.

Paulsen is interested in policy work. This summer he's on the East Coast doing research at the University of Delaware. We spoke to him over FaceTime.

He said the research is focused on environmental education. Like Legaria, he credits the Harrington Family Foundation scholarship for where he's at now.

"My mother sat me down [in middle school] and said, 'This is something you're going to have to figure out on your own. This isn't something our family can afford to put you through,'" Paulsen said.

Thanks to his four-year scholarship, Paulsen is in college and prepared to, at some point in the future, contribute what he's learned back at home in Oregon.

"I think the foundation is really doing the most work and some of the best work in Oregon for our students," Paulsen said.

Legaria, who also came from a low-income family, is ready to give back too. She wants to be a doctor.

She said she hopes people keep donating to the campaign.

"In the end that money is going to the kid that grew up down your street, and you're giving back to your own community," Legaria said.

Want to donate? Visit the Huddle Up website, or donate at the cash register at Safeway and Albertson's grocery stores.