'It put teachers up on an auctioning block': Money refunded after parents bid on teachers at Portland elementary school

Bidding on teachers is something the teacher’s union said never should have been allowed. 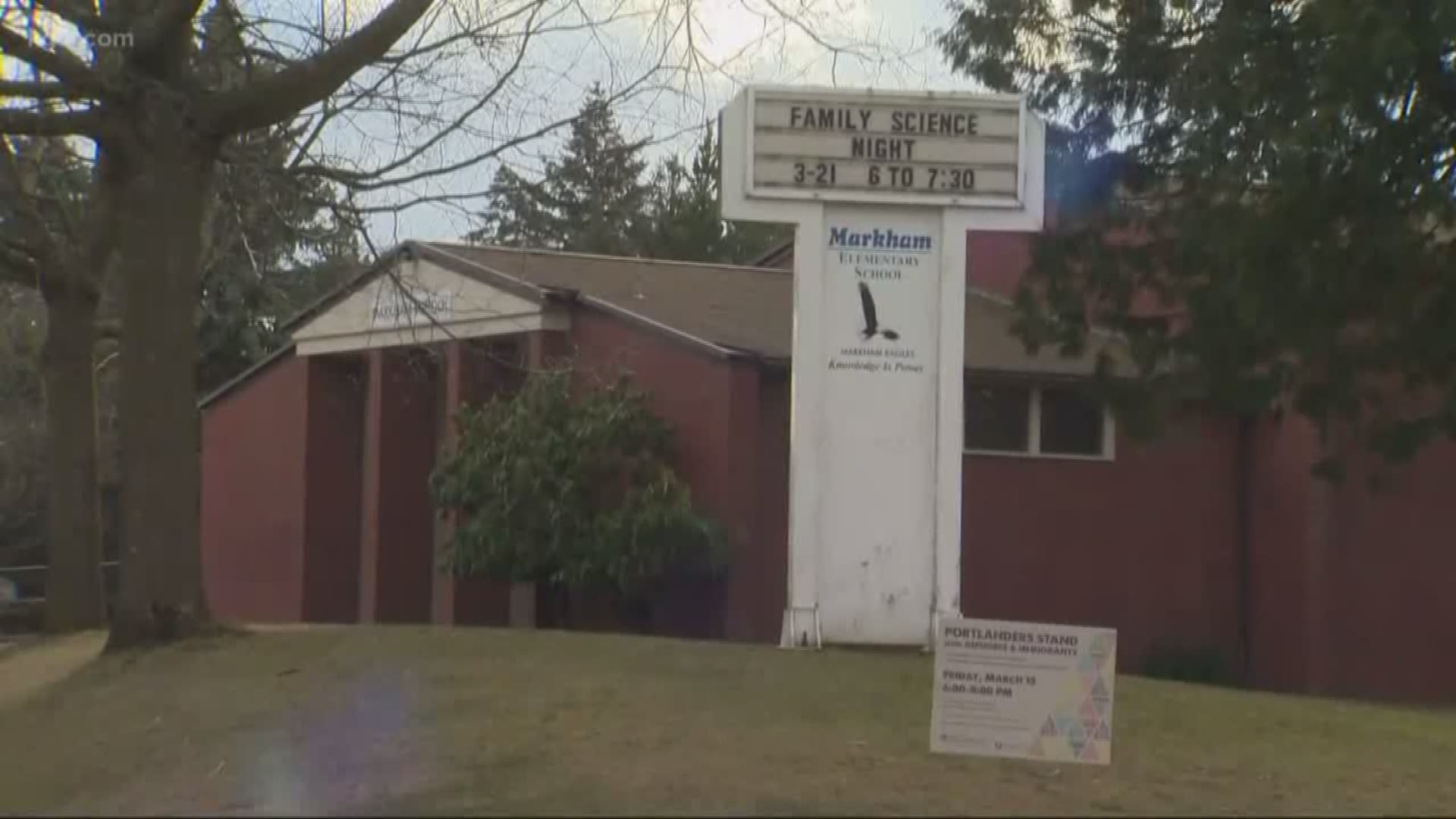 PORTLAND, Ore. — Money has been refunded after an auction at a Portland Elementary School upset teachers and parents.

As part of Markham Elementary School’s fundraiser on March 2, parents got to bid on their child’s teacher for next year.

“This is obviously a horrible lapse in judgment and just outrageous to everyone,” said Portland Association of Teachers President Suzanne Cohen.

Bidding on teachers is something the teacher’s union said never should have been allowed. This story was first reported by our partners at The Oregonian.

"It’s similar to the scandal that’s happening right now with the sports and the celebrities who have paid their way for their kids to get into these Ivy League schools on a non scholarship essentially," said parent Aimee McAllister.

RELATED: A 'disservice' to their kids: College counselors appalled by admissions scam

"I feel like that creates a divide between the kids," said parent Paige Surma. "This isn’t a private school. It's a public school. Everybody should be entitled to equal education. You shouldn’t be able to pay their way into better classrooms."

The PTA and Portland Public Schools have since apologized.

“It was really offensive to the educators there, it felt very hurtful, it really undermined them, it put teachers up on an auctioning block, like that's disgusting,” Cohen said.

Markham Elementary School's PTA said a parent came up with the idea for parents in each grade to bid on their child's teacher for the following year. In a statement the PTA said the spur of the moment idea was approved by Principal Shawn Garnett. However, after the auction, teachers expressed concerns about whether it was equitable.

"I mean, every parent wants their kids to be matched up with the right teacher, and I think this was just the wrong approach," McAllister said.

In an email between Garnett and PTA members after the auction, Garnett wrote, "It has caused some hurt feelings."

Ultimately six parents bid a total of $1,300 to pick their kid's teachers.

“It's not an equitable thing for all families to get to choose their teacher this way because they can't all pay the money,” Cohen said.

The money has since been refunded and the highest bidders no longer get to pick a teacher.

"You can’t buy your way through life," Surma said. "There’s so many people that have to work so hard for what they have and here you are putting yourself at the front of the line just because you have a little more money in your pockets. That’s not fair."

"This shouldn’t have happened. It understandably upset staff at Markham, and it doesn’t in any way align with what we know is the appropriate way to determine classes and teachers.

"The principal realizes that she made a spur-of-the-moment mistake by agreeing to a request to allow families to bid on specific teachers for their students, and she has apologized to her staff. The PTA, which hosted the auction, also has apologized and returned the money.”

The PTA cited pressure to fill the funding gap facing the school.

“We need to fund our schools and it shouldn't be based on parent auctions,” Cohen said. “That's already unequitable throughout our district.”

One teacher KGW spoke with off camera said no school is perfect, everyone makes mistakes, and they are all just trying to move on from this.

Here is the full statement from Markham Elementary School’s PTA:

Like many public-school PTAs and foundations in Oregon, Markham Elementary School PTA conducted a fundraiser auction on March 2, 2019, to raise funds to supplement the insufficient funding that is provided by the state and federal government. Markham recently lost its Title 1 status, so the funding gap was even greater this year than in years past. For example, Markham recently had to cut technology education by 50% and eliminated some educational programs as a result of lost funding.

As a PTA, we prioritize equity and focus on programs that will increase access for all students. The Markham PTA funds things like Chromebooks for our students, math software, literacy support materials, sensory support tools, library books, English language learning programs, scholastic news for curriculum enhancement, art supplies, field trips, music equipment, cafeteria supplies, and much more. Our funding choices are based on meeting teacher and administrator requests.

The auction was organized and run entirely by volunteers, primarily parents of students at the school. During the event, just prior to the live auction portion of the evening, a parent proposed the idea to the school’s principal, who was in attendance, that the auction include the opportunity for parents in each grade to choose their child’s teacher for the following year.

The principal approved, and auction leadership included it in the live auction. It was a spur of the moment decision by everyone involved. After the auction, teachers began expressing concerns to the principal about the decision, including whether it was equitable. When the PTA received notice of the teachers’ concerns from the principal and the request from the teachers to refund the item and cancel its sale, the PTA did so promptly and apologized. The PTA highly values the opinions of the teachers and principal and our mission is to support them in the work they are doing with Markham’s students.