Charles Jenkins said on Tuesday, the first day of school, he and his co-teachers met with students in person. He's worried about the health of students and teachers. 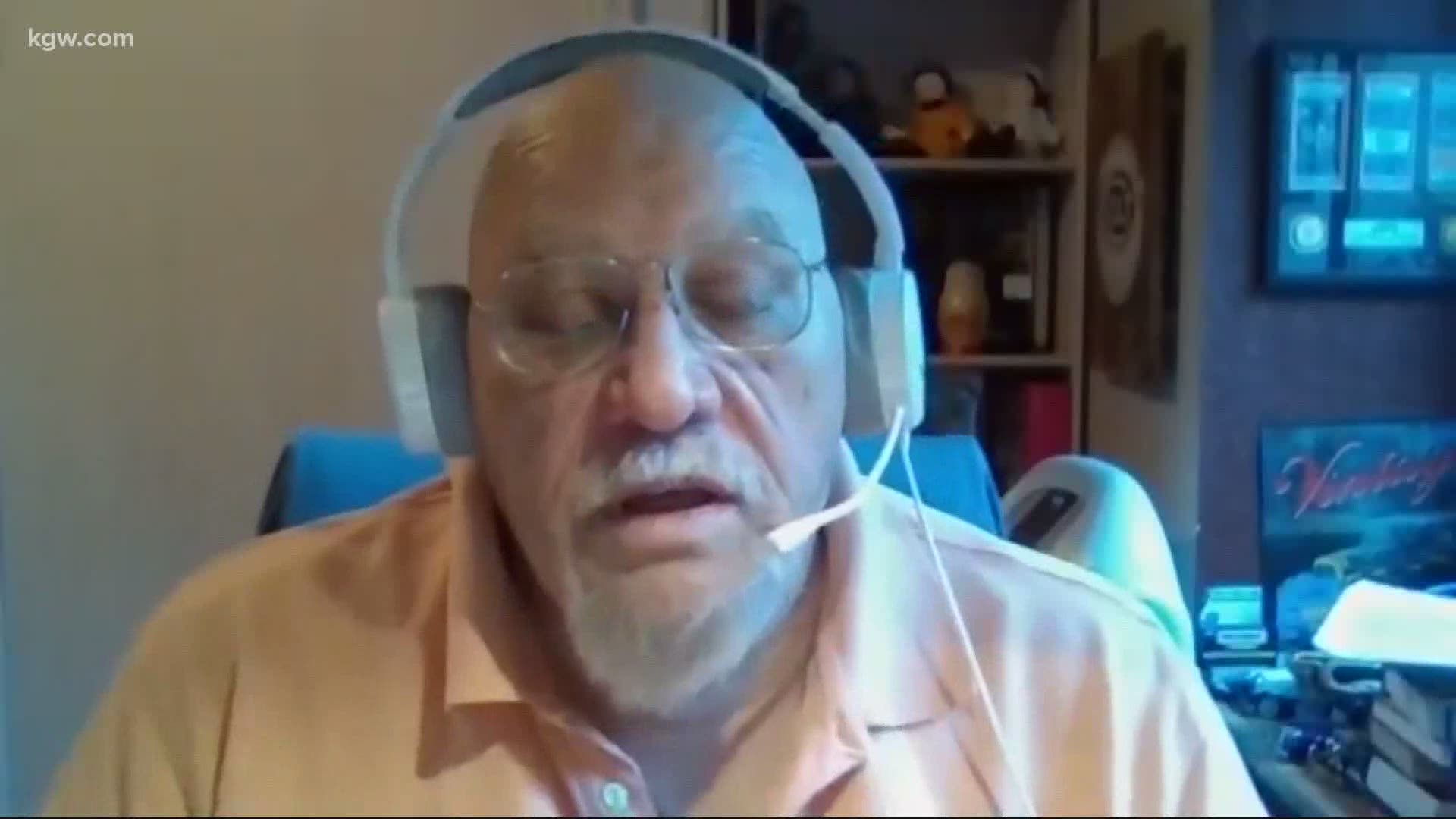 VANCOUVER, Wash — School has started at Evergreen Public Schools and for the majority of students, class is online. But one special education teacher in the district said he’s worried about the in-person learning happening in his program.

“From the beginning there was a confusion among myself and my co-teachers as far as why we were starting on day one,” said Charles Jenkins, a special education teacher of nearly 20 years.

“I’ve been doing this for a long time, it’s what I love doing," he said.

He said on Tuesday, the first day of school, he and his co-teachers met with students in person. Jenkins teaches in an Evergreen Public Schools program called Transition Services. It’s for 18-21-year-old students with special needs who need help transitioning out of high school.

“Our program is designed to help them kick-start to get out there, learn how to be more independent,” Jenkins said.

While he wants his students to have the best experience possible, he’s unsure if the current model is it.

“We really want it to be a safe environment for them,” he said.

Jenkins said he and other teachers in his program feel the in-person instruction that started Tuesday was rushed. In addition, he said teachers in a separate behavioral program are also having to teach in-person classes.

“I think we were just pushed into a very tough situation,” said Jenkins. “I think the biggest thing is we weren’t really feeling like we were 100% prepared. I would have loved to have seen maybe some dry runs.”

Jenkins said staff were given face masks and face shields, but there were also supposed to be plexiglass shields put up to protect students and teachers. He said they weren’t installed until late morning, when students had already arrived to class.

Gail Spolar, the spokesperson with the Evergreen Public School District, said the plexiglass partitions were not a requirement from the state, but rather an added precaution the district decided to put into buildings. However, Spolar said with 38 school buildings, and a shortage of "plex panels" across the country, the district is installing them as quickly as they’re being delivered.

In addition to his concerns regarding the partitions, Jenkins said before school started, he had asked the district to accommodate his health needs. He wanted to work remotely.

However, he said the first day of school came and went without hearing back from the district. Two days after the start of school, he was told he’d have to transfer to a different program in order to work remotely. His wife, Veva, said he refused the option.

Jenkins said another teacher in his program asked for accommodations as well and was told the same thing.

“At this point, I think she’s taking sick leave,” he said.

Jenkins said the district’s response was not one he was expecting, especially after he said his union president had told him teachers who requested to work remotely wouldn’t have to switch programs.

“I just think maybe a little more time may have been put to good use to try to really work out all the kinks before we got students in there and took the risk,” he said.

“Everything we hear says that we should stay home and every other district in the area says they’re staying home. So why are we not staying home,” said Jenkins.

As to what other districts are doing, both Vancouver Public Schools (VPS) and Portland Public Schools (PPS) have started the year with full online learning for all students. A VPS spokesperson said right now they’re determining which special education students need in-person instruction. The goal is to have those students attend in-person school by Sept. 21, though technically students who are identified as needing in-person instruction could start immediately.

Spolar, with Evergreen Public Schools, said even with the majority of staff and students working remotely, there was always the understanding from the state that districts could do in-person learning for certain groups under specific guidelines.

In addition, agreements have been made with teachers and staff regarding guidelines involving protocols and the process of moving into a hybrid model.

Jenkins said while the district seems to be following the Memorandums of Understanding that were reached between the parties involved, it’s the handling of certain aspects of the back-to-school process that he found concerning.

Evergreen Public Schools said all staff have received mandatory training and the district is following all safety and health requirements. For privacy reasons, the district said it can’t comment on personnel requests regarding accommodation.