Head of Santiam Canyon Schools evacuates family then stays behind

Superintendent Todd Miller stayed in the evacuation zone. He checked on schools multiple times a day to make sure they had not burned in the fire. 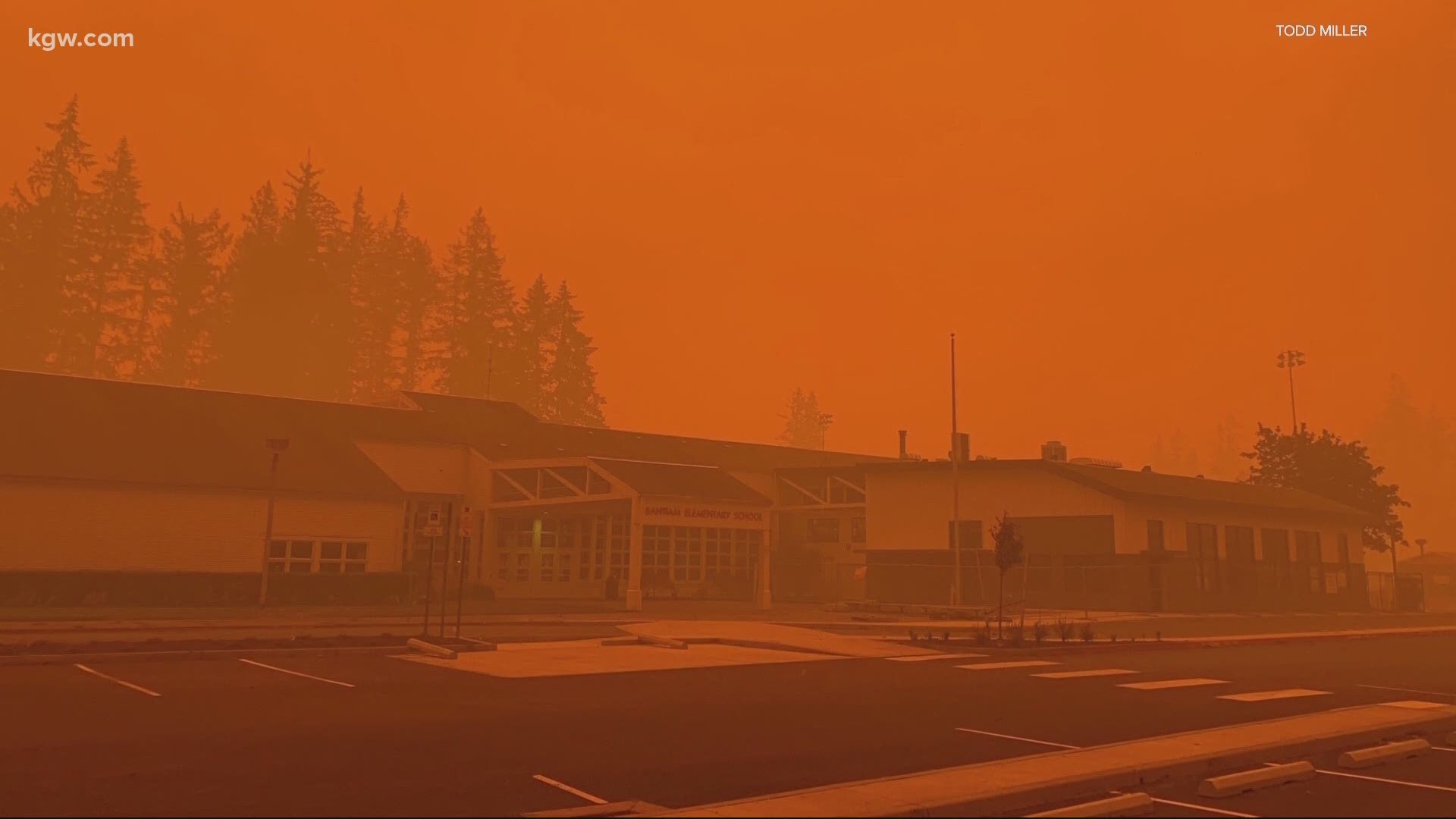 MILL CITY, Ore. — A lot of families in the Santiam Canyon have lost so much in the past week. Fire ripped through homes and communities.

When the fire hit, Todd Miller made sure his family got out of the area. He stayed behind.

This week he was feeling exhausted but at the same time, resilient.

Last week after making sure his family in the Sublimity area left, he immediately started helping his parents pack up at their ranch in Gates. He remembers fire being everywhere.

“There was a really intense wind,” said Miller. “What happened is that wind took those embers anywhere and everywhere and so there were just small fires, I would say thousands of small fires everywhere.”

He said he could see the surrounding hills, fields and forest on fire.

“You could look over the hillside and see it just glowing back there knowing it’s either coming or there’s something really significant burning over there too,” he said.

Despite the danger, he got his parents and their animals out.

Then Miller, who is also the superintendent of the Santiam Canyon School District, turned his attention to his schools.

“We have brand new construction in our schools and there were text message rumors coming into me too from people saying they heard schools were burning,” said Miller. “When there’s an evacuation order, there’s no one around to confirm these things.”

So he drove into the evacuation zone, sometimes multiple times a day, to check on his schools and turn off blaring fire alarms.

“When it’s under an evacuation order, I didn’t feel comfortable sending other staff members in to go do that,” Miller said.

Miller said misinformation and rumors have been running rampant and it’s been one of the challenges when it comes to figuring out what is still standing and what’s not.

His home is okay. His parents’ home and their animals are safe too. The school buildings in his district are still standing, though there's heavy smoke damage. But Miller knows, many families face much more.

He said as far as numbers go, the district is small, with about 600 students.

“But geographically it’s massive,” Miller said. “It starts in the Mill City area, then goes up into Gates, Detroit, Idanha, and then all the way up to Marion Forks.”

School is canceled for the rest of the week and will likely stay closed for longer.

“School is not the top priority right now,” said Miller. “It’s safety. It’s take care of your basic needs. Let’s get things stabilized first and then let’s talk about bringing kids back to school.”

He said he and other district staff members are working on ways to provide mental health resources.

“We already had concerns with mental health and supporting our students through COVID-19 and the distance learning piece, but now it’s almost safe to say that all the kids in our district have just experienced a traumatic experience,” said Miller. “Even for those who do get to come back to a home, all around them could be rubble and twisted metal and just char.”

While Miller, who grew up in the canyon, said people there are resilient, he also said they’ll need help.

“We’re willing to do the work and anybody who’s willing to help, we could use it,” Miller said.

RELATED: Wildfires add more uncertainty to the start of the school year