Graduation rates at Portland Public Schools highest in a decade

Seniors' graduation rate last year reached 80.5%, and over the past three years the district has seen a boost in graduation rates among all student groups. 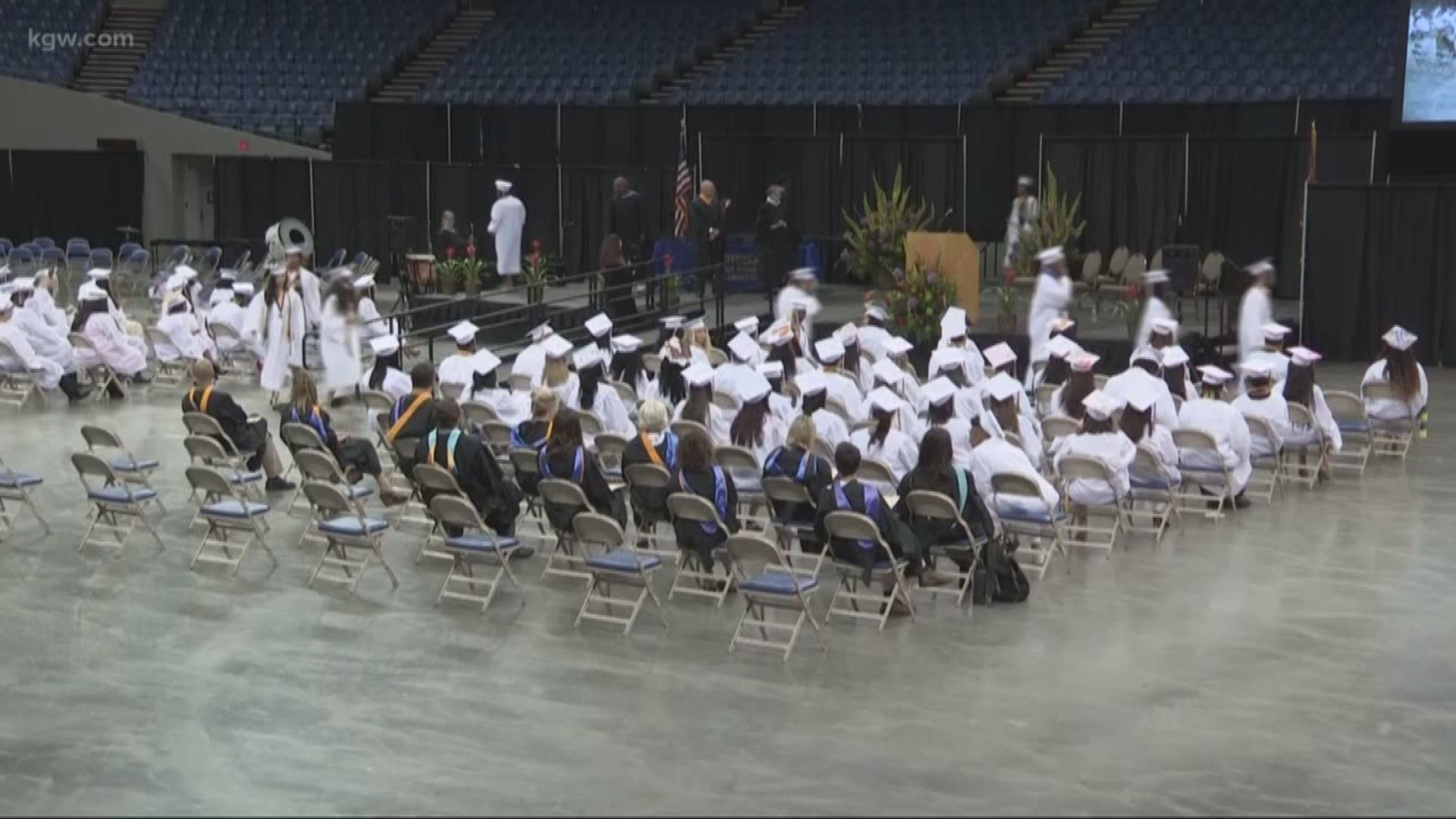 PORTLAND, Ore. — High school seniors had an 80.5% graduation rate at Portland Public Schools in 2019, the highest rate since the district adopted a four-year cohort model in 2010.

Portland Public Schools Superintendent Guadalupe Guerrero said the improvement is due to the district's commitment to increase its focus on all student groups, "while placing a special emphasis on our historically underserved students."

"While we recognize that we have much more work to do, these improved graduation numbers are an indication that our strategies and investments are having a positive impact on our high school students’ outcomes, especially our black and native students," Guerrero said.

In 2010, Oregon adopted the four-year cohort model, which considers students to be on-time graduates if they earn a regular or modified diploma within four years of entering high school.

"It offers us the opportunity to quickly provide students with extra support to keep them on track, and we can identify students who are able to take higher level courses into accelerated classes earlier," he said.

When asked what he believes PPS is doing right, Guerrero told KGW they're being more attentive to students.

"Giving a special emphasis to making sure that every student we're touching with, we're in conversation with, that we're engaging them, on not just that they're being supported during their high school years but that they have a plan or a passion that they're discovering for themselves afterwards. And it bodes, or it speaks to, a lot of the work our high school staff are actually doing."

Guerrero says Portland Public Schools' improved graduation rates can't be attributed to "one ingredient or one silver bullet", but rather educators coming together, collaborating, and building relationships between adults and students, combined with enriched programming, clubs, athletics and Career and Technical Education.

Thanks to Measure 98 funding, or High School Success funding, PPS high schools are able to follow Jefferson High School's long model of building teams of educators, staff and counselors to collaborate around groups of students. Jefferson has been doing it for years with freshmen and, more recently, sophomores.

For now, other PPS high schools are focused on building teams around groups of freshmen.

"One of the things we've seen through focus, collaboration, collaborative processes we’ve done and really working to know students by name and what their interests are has been really helpful," Calvert told KGW, "and providing time for teachers to collaborate and really think about how they can meet the needs of the students who are in front of them. And that changes every year so we need our staff to be reflective and adaptive, so helping them find the time to do that."

But the state's largest district is still lagging behind most Portland Metro Area school districts by between five- and 15-percent. PPS numbers did surpass Gresham-Barlow School District, where roughly one in four students don't finish high school.

Portland's climbing graduation numbers are representative of the state as a whole.

The rise from 2018 to 2019 equates to about 600 more Oregon students getting their high school diploma.