The high school was originally named for former Pres. Woodrow Wilson, whose administration segregated federal offices. He also wrote a book sympathetic to the KKK. 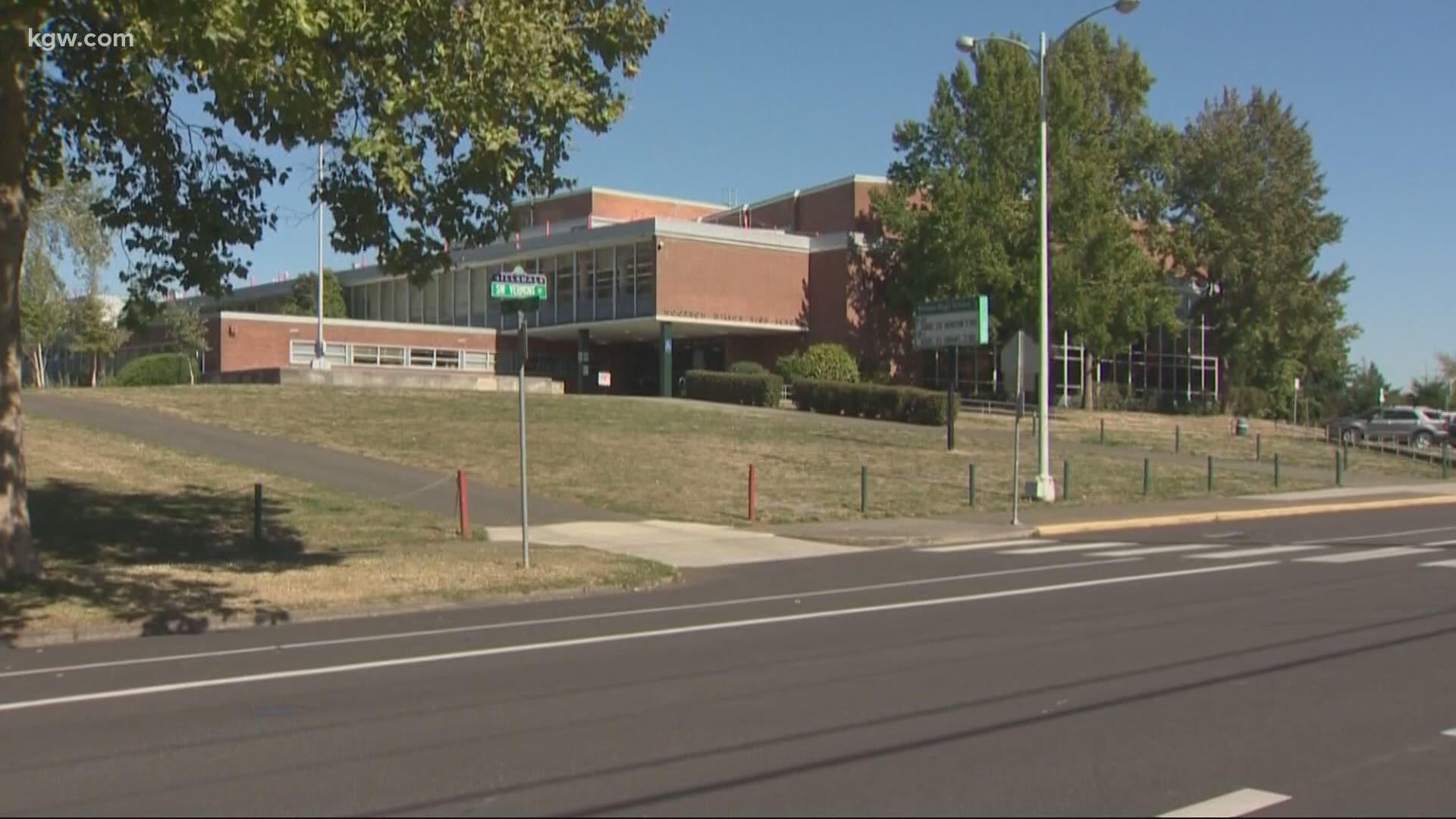 Wells-Barnett was an investigative journalist and activist who was born into slavery during the Civil War in 1862. She co-founded the National Association for the Advancement of Colored People (NAACP) and the first Black women's suffrage association.

Students on the renaming committee have already started calling their school by the new name, dubbing it "Wells-Barnett High School" for short.

"I've been referring to Wilson as 'soon to be renamed' High School for the past year or so" said junior Nura Salah, on a Zoom call Monday. "So, we've just been waiting for that finalized name."

"In my mind, I want [the transition] to be made as quick as possible," said junior Hui Hui Hutchinson. "Because, you know, if we do it, then it'll latch onto other kids, and that's what we want."

Wells-Barnett was one of five Black women of history who were considered for the school's new name.

The board of PPS decided to change the school's name in July in response to the racial justice movement that followed the police killing of George Floyd in Minneapolis.

The committee appointed by PPS to rename the school said it spent months reaching out to community members for input before ultimately deciding Ida B. Wells-Barnett High School would be the most appropriate name.

"Wells-Barnett marched on Washington in the name of women’s suffrage on the day of Woodrow Wilson’s inauguration, and she later wrote and spoke to President Wilson in protest of segregation and of his discriminatory hiring practices," a press release from PPS says.

"Since so many people also were really concerned about losing the legacy of Wilson, it's interesting where we get to acknowledge who Wilson was while also showing... we should be moving towards the path of equity and fighting against who Wilson was," said senior Mia Sedory. "And that's the whole point of the name change."

Superintendent Guadalupe Guerrero gave his approval for the committee to present its recommendation to the PPS School Board on Jan. 26. On that day, the committee will share how it used district guidelines and community input to make its decision.

Monday, students said the lasting legacy of their work was just starting to sink in.

"It's just mind blowing to think about it, how we actually made that change and people will actually feel comfortable about going to Ida B Wells-Barnett High School," said junior Jonel Mondero.

"As a Black woman myself, just the disgust I felt seeing that big Wilson 'W' and what it represented that... It's just amazing that we're finally here," Salah said. "I'm just so excited."

RELATED: Portland's Wilson High will be renamed after a Black woman who made history