One parent said it’s been a crazy couple of days as she prepared to help her kids jump into distance learning. 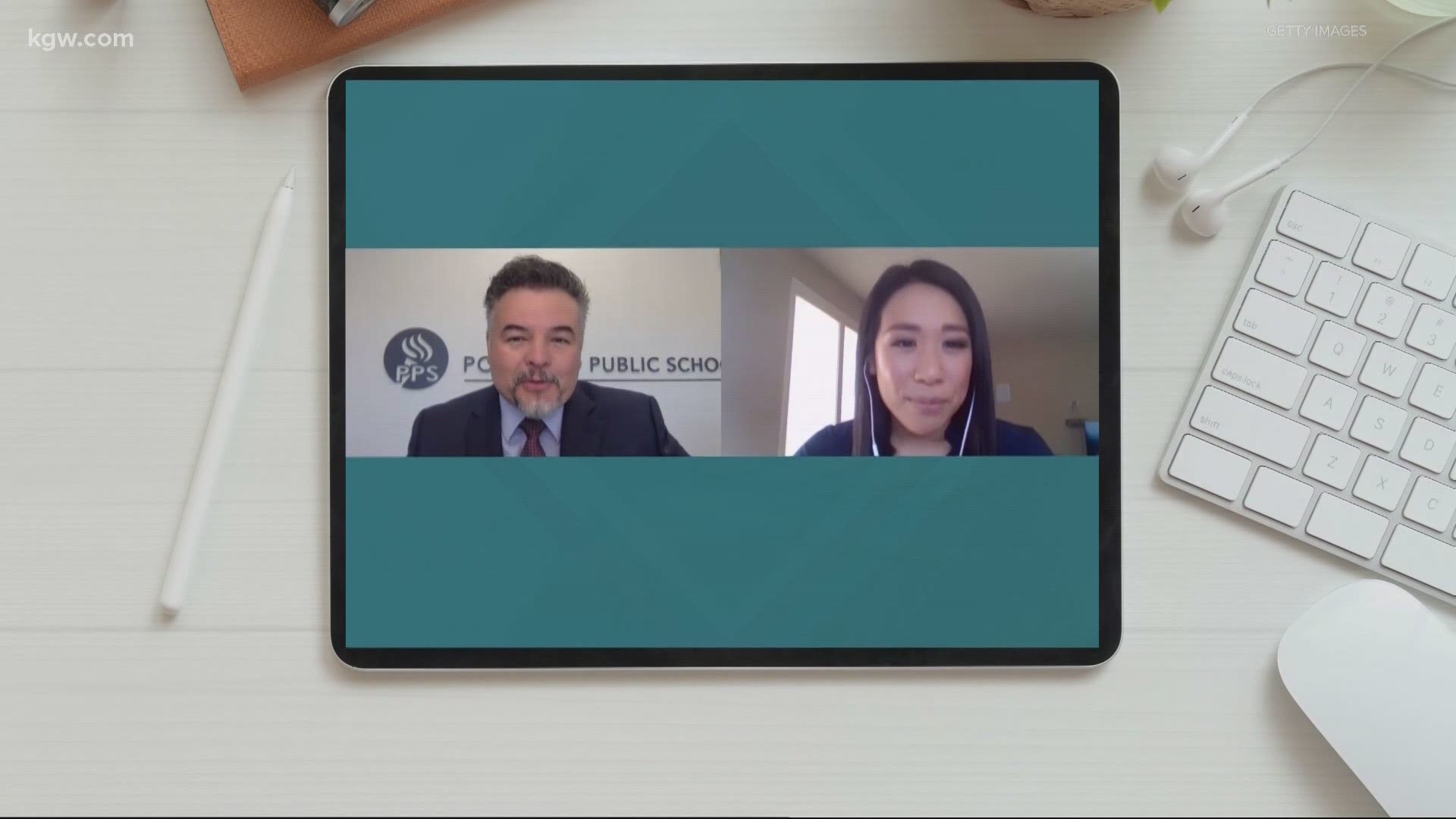 PORTLAND, Ore. — It’s back to school and back online for kids in Oregon’s largest school district: Portland Public Schools.

Parents we spoke to are just trying to figure it all out the best they can.

Lisa Kensel is one of those parents. She’s a single, working mom to three boys who attend school in the Portland Public School District.

She said while the first day of school went well, it’s been a crazy couple of days for her as she prepared to help her kids jump into distance learning.

Kensel said she started getting e-mails on Friday about the start of school.

“I felt a little bit like ‘ahh how do I handle this and work,’ and there’s like 16 emails coming in and they’ve all been in the last two days, and I’m trying to get my kids’ space ready for them to be learning at home, need to make sure their desks are all set up,” said Kensel. “So, it’s been a little bit stressful more so than a normal school year.”

Other families are also trying navigate the “new normal.”

In fact, a KGW colleague e-mailed a picture of her two sons. While she was in a meeting, working from home, her older son Leo Estes posted up close to his little brother, Steven, who attended his first day of first grade. Leo hoped to be nearby in case his brother needed any help.

“Certainly we ask of our families a little patience and grace as we try to figure it out,” said Guerrero. “We’ve certainly given it our best shot to make sure we’re as prepared as we can be for the launch of this school year and we hope to see our students as soon as possible.”

When asked how the first day of school was going, he said so far things were running smoothly.

The district has handed out thousands of laptops and devices to students so they can access online learning.

Guerrero said there are about three-dozen hubs where kids can get grab-and-go meals and in addition, buses are delivering meals door-to-door to more than 500 families.

Along with being a parent herself, Kensel is also the president-elect for the Oregon Parent Teacher Association and has heard concerns from other parents. So we decided bring those questions to the district.

“A lot of students need that one-on-one support and they count on that predictability with their teachers and they don’t have that,” said Kensel.

“This is a group of students who we already know needs our attention. We’ll start by connecting with them and as soon as it’s safe, we want to have a game plan for beginning to bring back in-person, limited student groups, wherever possible,” Guerrero said.

How is the district handling gaps in communication?

“We are in dialogue with our culturally specific community based organizations and partners to fill some of those gaps, whether it’s checking in with families, providing extended learning or mentorship or supports that really will make a difference in making sure none of our students fall through the cracks,” said Guerrero.

What about additional support staff for students?

Kensel also said there were parents who were volunteering to tutor students. She hoped the district might have plans to provide more help for students and felt PPS needed more support staff.

“PPS has used their Student Success Act monies to add four dozen more social workers and counselors on top of the ones we already employed,” said Guerrero.

District officials also said Student Success Act funding will also help pay for a social worker for every high school and elementary school. Additionally, counselors will be available for every middle school and will be trained in trauma informed support and racial equity and social justice.

Money from the Student Success Act will also help the district expand its mental health partnerships with community agencies in order to provide teletherapy, which is therapy for mental health issues through things like videoconferencing. The plan is to also hire additional substance use specialists to help support the most marginalized students who struggle with mental health and addiction challenges.

The district says there will also be more support for students with disabilities, including medical equipment.

A "soft start" for PPS

The next two weeks will be a soft start for PPS. The intent is to to familiarize students and parents with new platforms and schedules, start forming relationships with one another and figure out which students might need more help connecting as well as other help with financial struggles. A PPS spokesperson said the soft start is also intended to give teachers more time for professional development.

“We appreciate, I think as parents, that it’s a soft start and we can ease into this,” Kensel said. “However even with the soft, start it feels like it’s a lot right now.”

She said right now she is trying to stay patient and positive. She hopes other parents can feel those things too.