KGW checked in with a couple families to see how things were going. 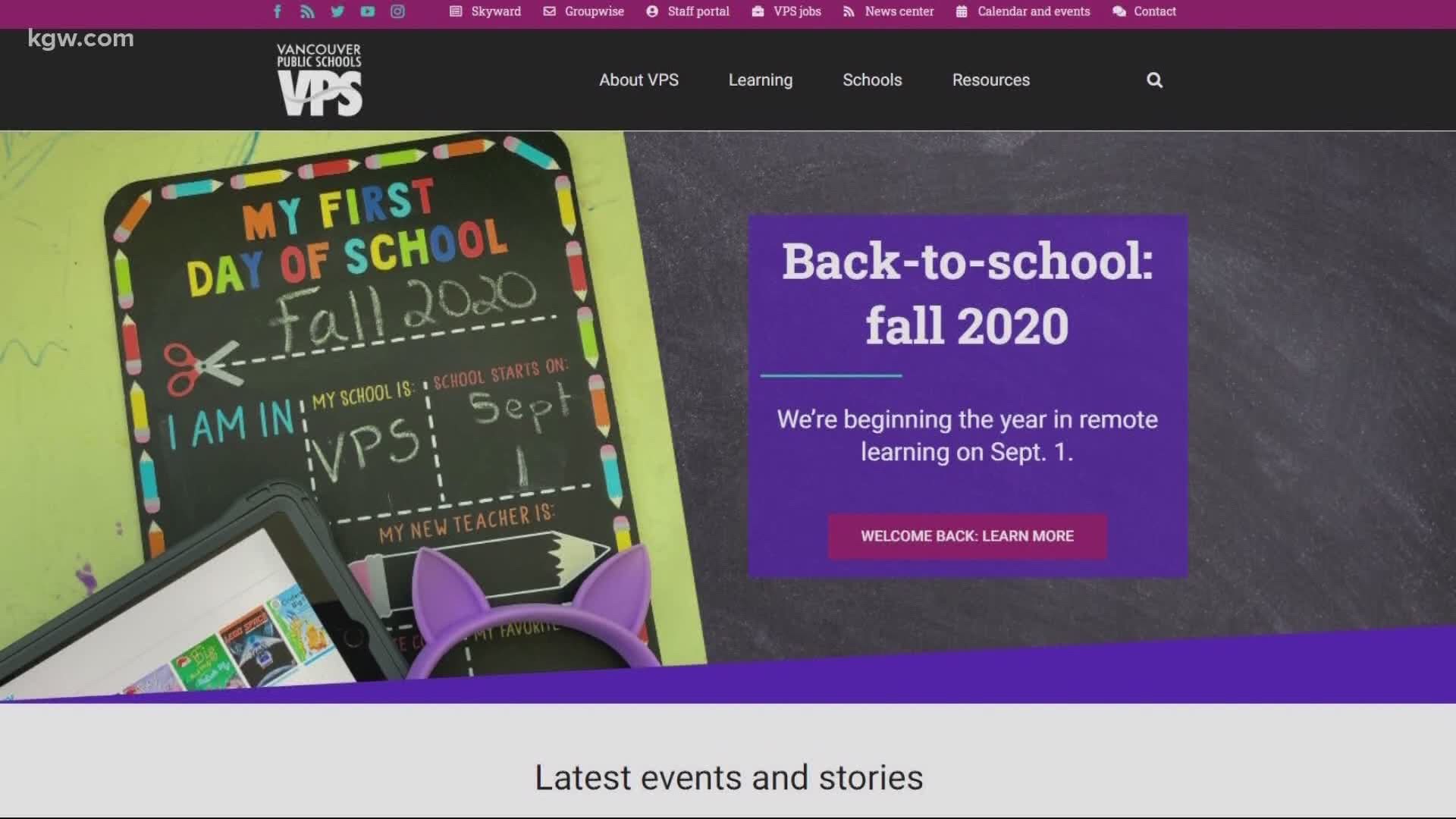 VANCOUVER, Wash. — Tuesday was the first day of school for kids in the Vancouver Public School District, and this year began unlike any year before.

KGW checked in with a couple families to see how things were going. At the Terrill home, it was a big day for 6-year-old Kira.

“She just got into first grade this year,” said Kira’s mom Katherine Terrill.

Terrill also introduced Kira’s little sister, 3-year-old Riley, who will be attending pre-school this year, but hasn’t started just yet.

When Terrill heard the kids wouldn’t be going back for in-person school, she converted an extra dining room in the house into a work space for her kids. It has many elements of a real classroom.

“Here we kind of a have the alphabet around the room,” said Terrill as she gave a video tour.

You can tell, putting the room together took a lot of planning and work. But for Terrill, who for now is a stay-at-home mom, that’s okay.

“I wasn’t feeling comfortable going back to school anyways,” she said.

Asking Kira how her first day was going, there wasn’t any hesitation.

Over at the Pyatt household, mom Sheena was busy.

“I am very fortunate. This is my full-time job right now is be the mom,” Pyatt said.

On her kids’ first day of school, she said she’d been running all over.

“You know, making sure all the Zooms are connecting, all the apps ... are connecting and everybody’s logging on and getting to the meetings when they’re supposed to. So there’s a lot going on,” said Pyatt.

“I’m just kind of winging it today, we’re all learning as we go.”

She said her 10th grader, Dylan, didn’t need any help logging on. But her 2nd grader, Colin, was a different story.

“My second grader has needed constant help with his app and his Zooms and he was feeling pretty anxious and stressed out at the beginning because he couldn’t change his name to show in his Zoom," Pyatt said. "It’s really overwhelming for him, but he’s doing OK.  We’re making it work."

She said she hopes kids feel confident enough to speak up during their Zoom video chats. She said some of her kids are quiet and shy.

But overall, Pyatt said she thinks the district has done a better job with the start of the school year when compared to the distance learning back in the spring. She hopes the added structure and schedule might help keep kids on task and make things feel more like they usually do during a typical school year.

Back at the Terrill home, Katherine has done all she can to make her kids feel like they’re in an actual classroom. She’s put up maps, a whiteboard, and has even put name tags on her daughters’ desks.

“That’s just keeping me going, trying to keep it as normal as possible. We went outside and took first day pictures outside the house just like normal,” said Terrill.

“Hopefully people are staying positive during this really crazy time,” she said.

Tuesday was also the Evergreen Public School District’s first day of school. The plan is to also begin with distance learning. But there is an exception. The district hopes to offer some in-person instruction to small groups of high-risk students.