Wildfires add more uncertainty to the start of the school year

The Estacada School District isn't alone in canceling class. Some school districts have followed suit, canceling class for a day, or in some cases the week. 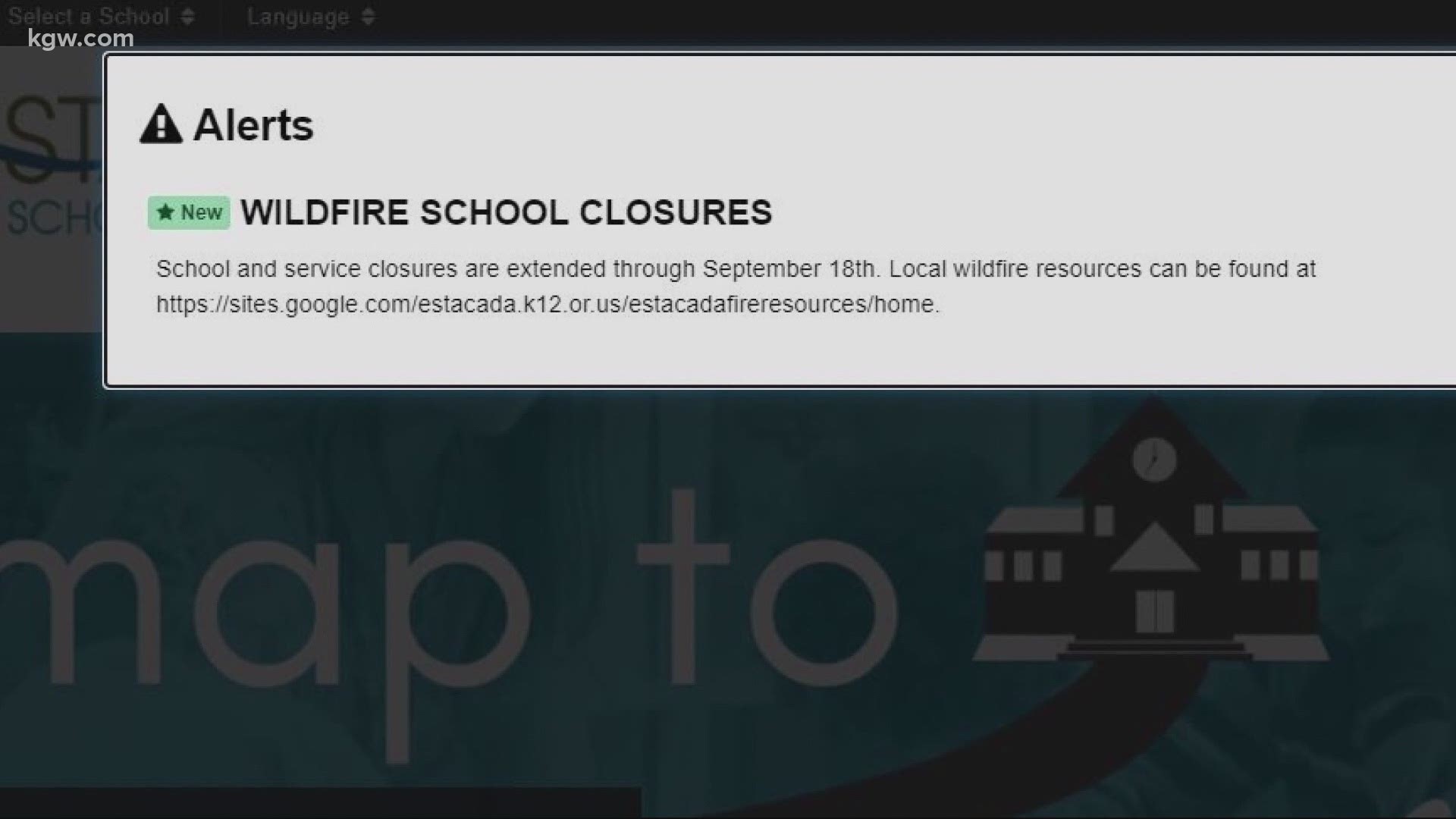 ESTACADA, Ore. — We are in the middle of multiple historic events: an uprising around racial justice, COVID-19 and now wildfires burning across the state of Oregon.

Meantime, families are trying to adjust as best they can.

“We live in Estacada. Well, we're displaced for the moment,” said Oliver.

We spoke to her via Zoom video chat as she sat in her Hood River hotel room.

Oliver said the family had left their home Tuesday night. First, the family stayed a night with a member of their church. They’ve been at their hotel now since Wednesday.

“We have so many people out there just trying to help other people and they're kind of trying to clean things up and they're checking on all of our homes for us,” Oliver said.

Fortunately, her home is okay. But as far as school goes, Oliver says her third grader has only gotten to attend school one day so far.

“We had our first day of school on Tuesday and everything went wonderful as far as school goes,” she said.

Then the wildfires hit. Before that, Oliver grappled with many of the same concerns as other parents, wondering how COVID-19 would impact learning.

“My son, he actually has ADHD, so I was so nervous about online learning for him,” said Oliver.

But she said the Estacada School District did a good job adjusting, partly because they already had a plan in place for online learning. But now, because of the fires, this week school is closed again.

A number of school districts have followed suit, canceling class for a day or in some cases also for the rest of the week.

Other districts like Salem-Keizer, Lincoln County and Gresham-Barlow have postponed the first day of school.

For now the Olivers are grateful for the support they've received.

“The teachers at the school are amazing,” Oliver said. “They checked on us, all the teachers did, were checking on us making sure we had safe places to go.”

They feel fortunate to have their faith, family, and community to lean on.

“I don't have that kind of strength on my own, I know that,” said Oliver. “Just give yourself some grace, give your family some grace, and the people around you because everybody’s on edge right now.”

Michelle Oliver said her family is thinking about moving again to another hotel because now the smoke is so bad.

Some of the larger districts in the region are still continuing forward with distance learning. They include among others, Portland Public, Beaverton and Vancouver Public Schools.