In the Estacada School District, there aren’t concrete plans for the fall yet, but a summer pilot project could influence what happens. 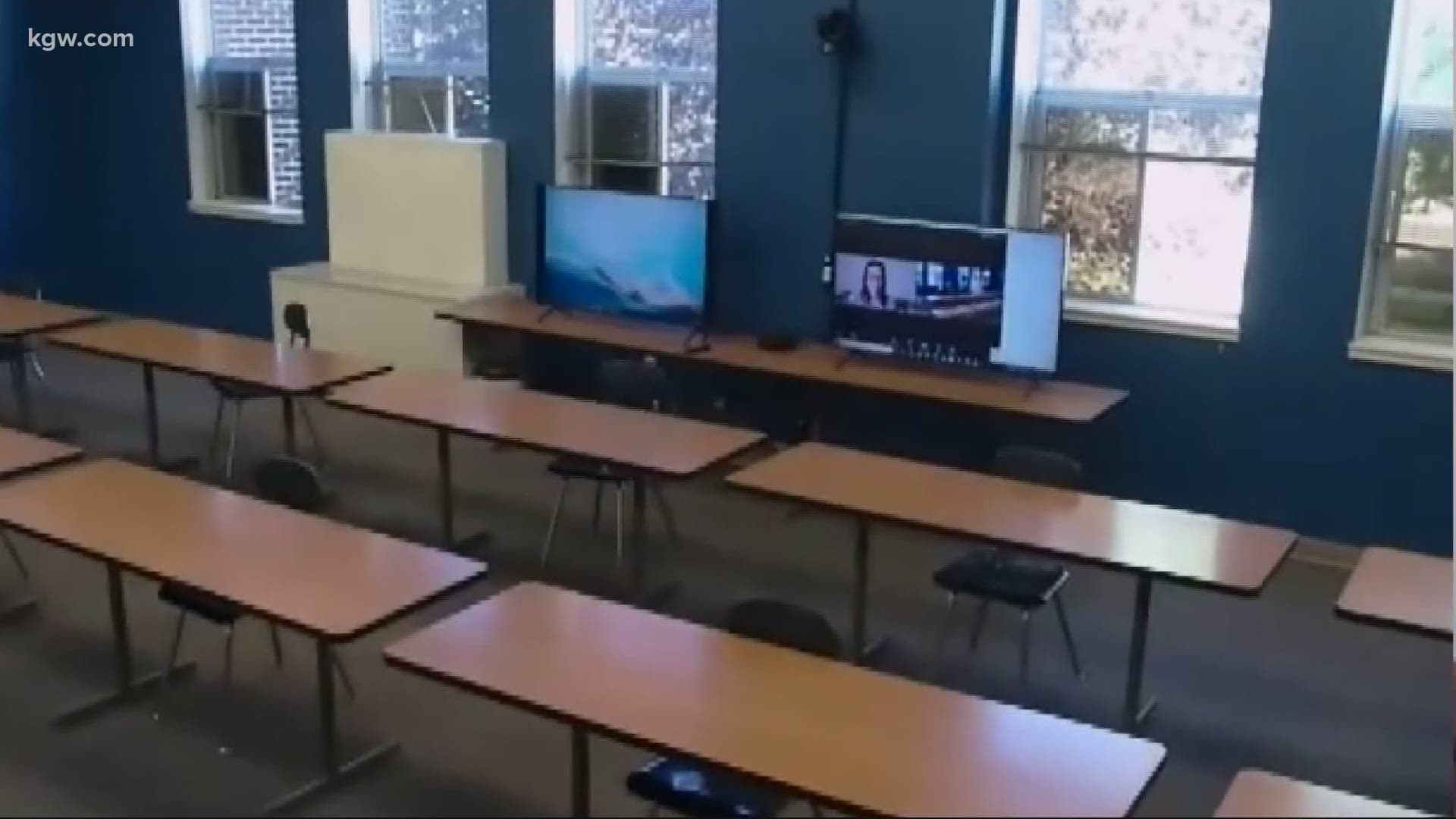 ESTACADA, Ore. — At this point, it’s looking like many school districts will be incorporating a hybrid model in the fall, with some form of online learning. As districts across the state get ready for students to return to school, some are taking a more proactive approach and doing a test run of their plans.

In the Estacada School District, for example, there aren’t concrete plans yet. But a summer pilot project could influence what happens in the fall.

“There are three TVs and two cameras, and this really powerful speaker on the ceiling," Warren said. "I’m teaching class like I normally would.”

She has a remote that can control the cameras in the classroom. They can pan so students at home can see all the students in class.

RELATED: Back to school in Oregon: What your district's plan looks like

The summer test run is meant to help students and teachers thrive, versus just surviving. Warren said it’ll hopefully prevent teachers from having to scramble once school starts.

The idea for a 30-student class is that half of the kids will be in the classroom and the other half will be tuning in from home using Zoom.

This is the last week of the two-week test run. Every day for two weeks, about 20 students have been taking a one-hour math class. They’ve been split up, half at school and half at home. Warren said things are going surprisingly well and says technology is helping.

“I can write on my notes so the kids at home are seeing the same screen as the kids here, which is pretty cool.”

Credit: Maria Warren
Teacher's notes displayed for students in class and those who are at home learning virtually

Dylann Park, 13, is one of the students taking part in the pilot program. She’ll be going into 8th grade this fall.

“It’s definitely different than the school I’m used to, but we do what we have to do to make sure we’re being safe," Dylann said. "We wear masks, we social distance the desks."

She said distance learning back in the spring was tough. Confined to doing school at home made her feel unmotivated.

But she said being able to go back to school felt good.

“I like going back to school just because I’m an only child and don’t get to talk to lot of kids my age at home,” Dylann said.

“I know my child struggled this last spring with not being in class, not being amongst her peers,” said Dylann’s mom, Lindsay Park.

She said Dylann volunteered for the pilot project, with a little parental push.

“I might owe her a trip to Barnes & Nobles now,” she joked.

But Lindsay Park said she’s impressed with the district’s initiative this summer.

“It’s been super impressive to see the school district so proactive and wanting to make sure that they’ve got everything in place that they can have in place," Park said. "And not only one plan, but they have multiple plans in place because none of us know what’s going to happen in the environment. We’re all hopeful we can get back to a new normal sooner rather than later.”

Warren is hopeful too.

“We want our students to learn and be adaptive, so we get to do that too and model that for them," she said. "Human beings are pretty creative. We can do a lot. So I’m hopeful.”

Over the course of the pilot project, Warren said there have been fails and successes. One thing that needs improvement: Everything seems to take longer. For instance, she said it’s time consuming trying to make sure all the kids have the same document up on their screens. She said she’s found she can’t teach as much as she used to in one hour.

But Warren said that’s been offset by some big successes. One of those bright spots is that it seems all the kids, even the ones from home, are participating and engaging. She said she didn’t see as much of that back in the spring when emergency distance learning kicked in due to the pandemic.

In addition, she said in this model, kids can still be collaborative.

“You can share Google Docs and they can do activities as a group on one Google Doc whether they’re at home or here.”