Researchers at Oregon State University have come up with a colorful, and perhaps, unusual way to protect eagles from those huge winds turbines that dot our landscape. 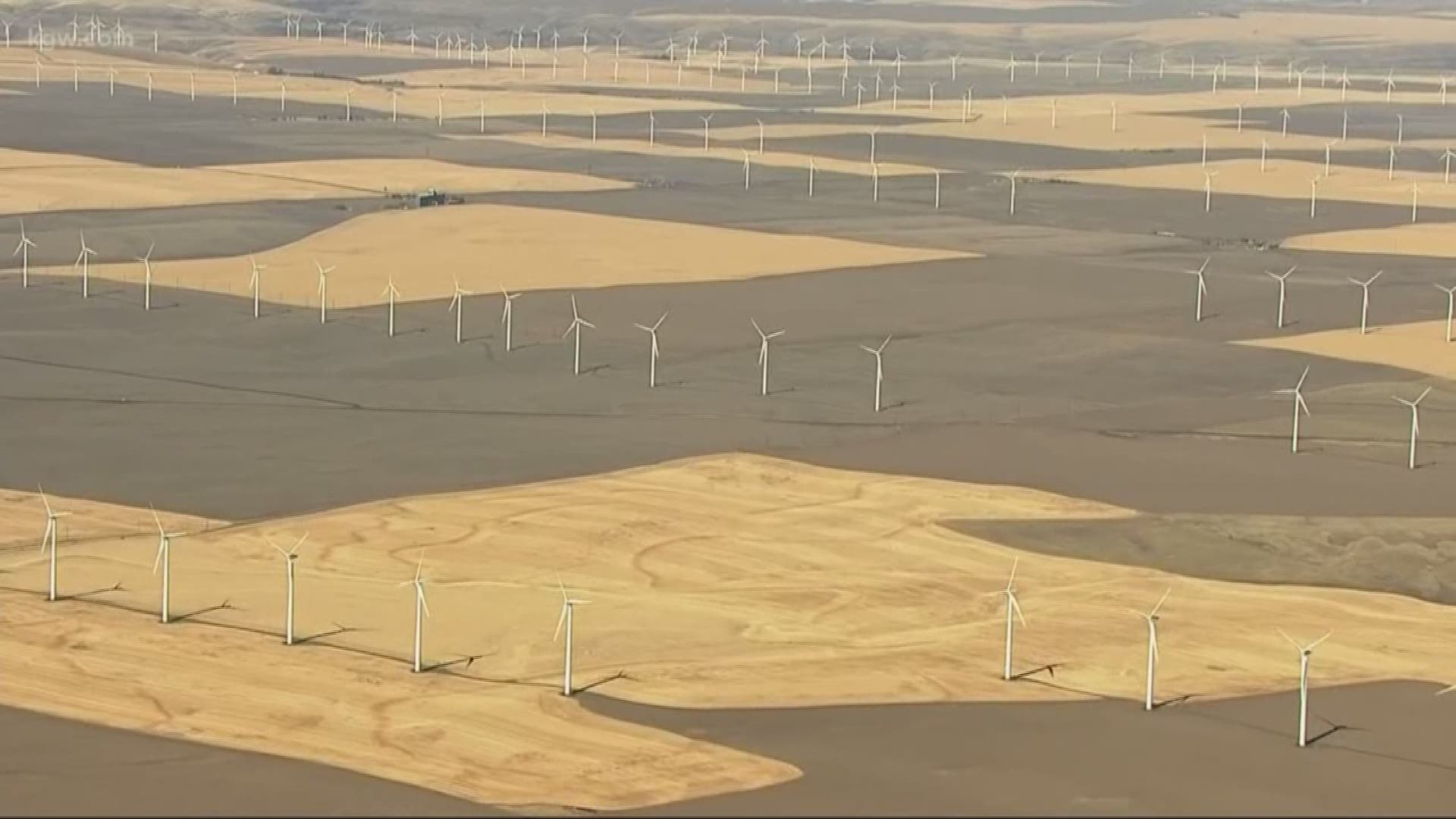 CORVALLIS, Ore. -- Researchers at Oregon State University have come up with a colorful, and perhaps unusual, way to protect eagles from those huge winds turbines that dot our landscape.

Oregon is home to more than 1,000 wind turbines which offer a clean, green alternative to fossil fuel.

The problem: Studies have shown those huge turbine blades kill hundreds of thousands of birds every year. Many of those birds are endangered eagles.

"The speed at the tip of the blade is about 200 miles per hour, so it can be very dangerous for flying animals," said Roberto Albertani, Boeing professor of mechanical engineering design at Oregon State University.

Albertani and his team of OSU researchers have come up with a way to protect those protected birds.

Here's how their system works:

Special cameras are mounted on the wind turbines. When they detect a bird flying toward them, they kick into gear.

"The footage is streamed from the camera to a computer. That computer then runs an algorithm which allows for the detection of eagles in the air space," said Will Maurer, a mechanical engineering graduate student.

If an endangered eagle is detected, the computer then triggers a mechanism to scare the bird away.

Albertani said finding something that would scare an eagle was not easy to do.

"It is very difficult to scare eagles when they are in flight, but it turns out eagles have kind of an aversion to human figures," he said.

So the team is using giant inflatable tube characters, also known as air dancers, as the visual deterrents. The same ones you often see waving around at car dealerships.

Once the eagle flies away, the air dancers sink back down.

It's a solution, the researchers say, will save eagle's lives as wind energy grows.

"We try to connect them," said Albertani. "Make them co-exist and hopefully there is room for everybody... for both of them."