Some businesses on Oregon Coast lose out on sales during eclipse

Up to 100,000 people were expected to flock to the Oregon Coast for the Great American Eclipse. But come eclipse day, there were nowhere near the crowds anticipated. 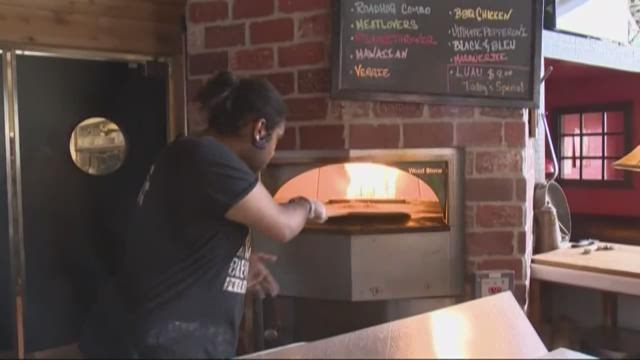 LINCOLN CITY, Ore. -- Up to 100,000 people were expected to flock to the Oregon Coast for the Great American Eclipse. But come eclipse day, there were nowhere near the crowds anticipated.

The drinks are flowing and the food is cooking at Rusty Truck Brewery in Lincoln City. However over the weekend, it was dead.

“It was kind of a surprise. It just didn't pan out like we had anticipated,” said Branden Fowler, general manager at Rusty Truck Brewery.

The eclipse was expected to bring thousands of people to the Oregon Coast.

“What was expected was 40,000, 50,000 maybe 100,000 people we couldn't accommodate, and the roads were going to lock up and the phones were going to quit working and what if we run out of water. There was all that messaging that was out there,” said Ed Dreistadt the director of the Lincoln City Visitors and Convention Bureau.

Those crowds never materialized, and that wasn't good for many businesses.

“Let's just put it this way, we're about 55% down from the prior year in sales,” said Fowler.

Fowler said Rusty Truck Brewery probably lost close to $20,000 if you count the extra staffing and the extra food they bought for the eclipse rush.

“We actually camped as a group of employees and management in back. We anticipated the traffic would be so heavy. We were warned that people would abandon their cars and traffic would literally stop,” Fowler said.

That didn't happen. The huge crowds never came. But there were some places that still had good business.

“We filled all three hotels over the weekend, Saturday, Sunday, Monday,” said Mary Ann McGill, the general manager for Westover Inn Hotels in Lincoln City. “It was like a normal summer day and I think all the traffic headed elsewhere."

For McGill, it seemed like normal summer business with a special sight in the sky.

“It was a gift. It was amazing I've never seen anything like it,” she said.

Back at the Rusty Truck Brewery, Fowler just wishes more people were at the coast to enjoy the big show.

“It was a great event and I'm sorry that we didn't have thousands of people to join us in the venture, but it didn't happen,” said Fowler.

For now, he said if folks on the coast are looking for some food, look no further than his establishment.

“Right now of course we're going to have some burger discounts for the next few weeks,” Fowler said.

"I’m going to do my best and go out and eat as many steaks as humanly possible just to make things a little bit better," said Dreistadt. Other community members also said they planned to eat out to help local businesses.

Dreistadt said the city was responsible and prepared for the worst case scenario.

For some other businesses, like Mo’s, it was slow on Friday and Saturday. But Sunday through Tuesday, things picked up and they've started to recoup some of the lost sales.

Fowler said staff at his brewery are now looking forward to Labor Day weekend, crossing their fingers for customers.

KGW has heard criticism from multiple viewers that the idea of having 1 million visitors come to the state was overhyped and may have resulted in fewer people at the coast.

The criticism has been directed at media because various news outlets reported what state officials said.

On Tuesday, an Oregon Emergency Management official told The Oregonian that state leaders could have done a better job of explaining that the "one million" estimate was more for planning purposes than it was for what they actually expected.