Seattle couple ties the knot during eclipse on Oregon coast

The couple had been engaged for three years and were originally planning to have their wedding in Michigan where most of their family lives. 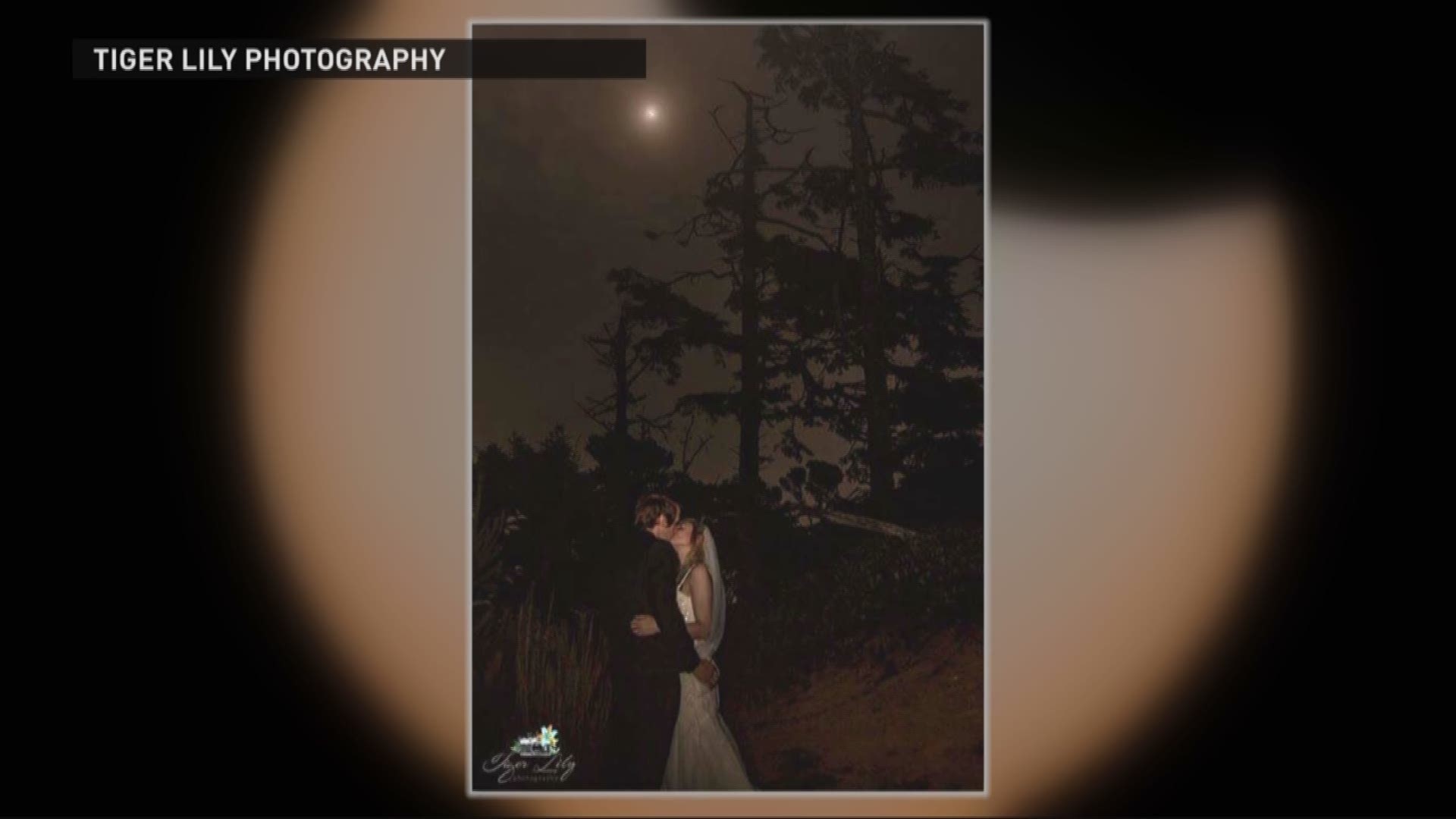 LINCOLN CITY, Ore. -- How many people can say they tied the knot during a total solar eclipse?

Jon and Laura Krzykwa can now add their names to the list. They said their vows just as the Great American Eclipse got underway.

“My mom had a beach house and we went on the cliffside,” said Laura Krzykwa.

The wedding was scheduled for 9:45 a.m. in Gleneden Beach, just south of Lincoln City. But Krzykwa said it didn’t start on time, as is the case for many weddings and big events.

1 / 1
Jon and Laura Rzykwa were married during the eclipse.

The couple had been engaged for three years and were originally planning to have their wedding in Michigan where most of their family lives. But they already had a trip planned for the total solar eclipse and thought, why not?

“It was Jon’s idea so it was pretty romantic,” said Krzykwa.

But the last couple of weeks have not been easy for the newlyweds, and not just because of the planning surrounding the wedding. Two weeks ago they lost nearly everything when their apartment caught fire.

“Everything we had prepared for the wedding and original dress, everything was gone,” said Krzykwa.

Krzykwa said another apartment in their complex had an electrical fire and it spread to their apartment. The couple was woken up by their meowing cats. Both of their cats and their ferret died in the fire. There was no time to grab anything, the couple had been asleep for 20 minutes even while crews fought the fire in their building.

“We got them only a month after we started dating,” Krzykwa said about their pets. She said their cats and ferret were like children to them. A friend set up a Gofundme to pay for items lost in the fire.

But after all the heartbreak, their hearts became full again as they said their vows underneath the fiery rim of a dark sun.

“It started happening right as the ceremony was ending. It was kind of foggy but we could still see it,” Krzykwa said.

The unforgettable ceremony, held in an incredible setting, with an intimate group of close friends. Now the newlyweds have a story not many people can tell. Their wedding, historic just like the event that took place in the skies above them.

The next total solar eclipse in the United States will take place in 2024. The couple plans to celebrate their seventh wedding anniversary, once again in the shadow of the moon.

The wedding photos in this story are courtesy of Tiger Lily Photography.