Do your kids like Musical.ly? So do traffickers and pedophiles.

Waco Unbound Professional Training Coordinator Jessica Sykora told Channel 6 there have been many apps used by sexual predators but Musical.ly is currently the most prominent. 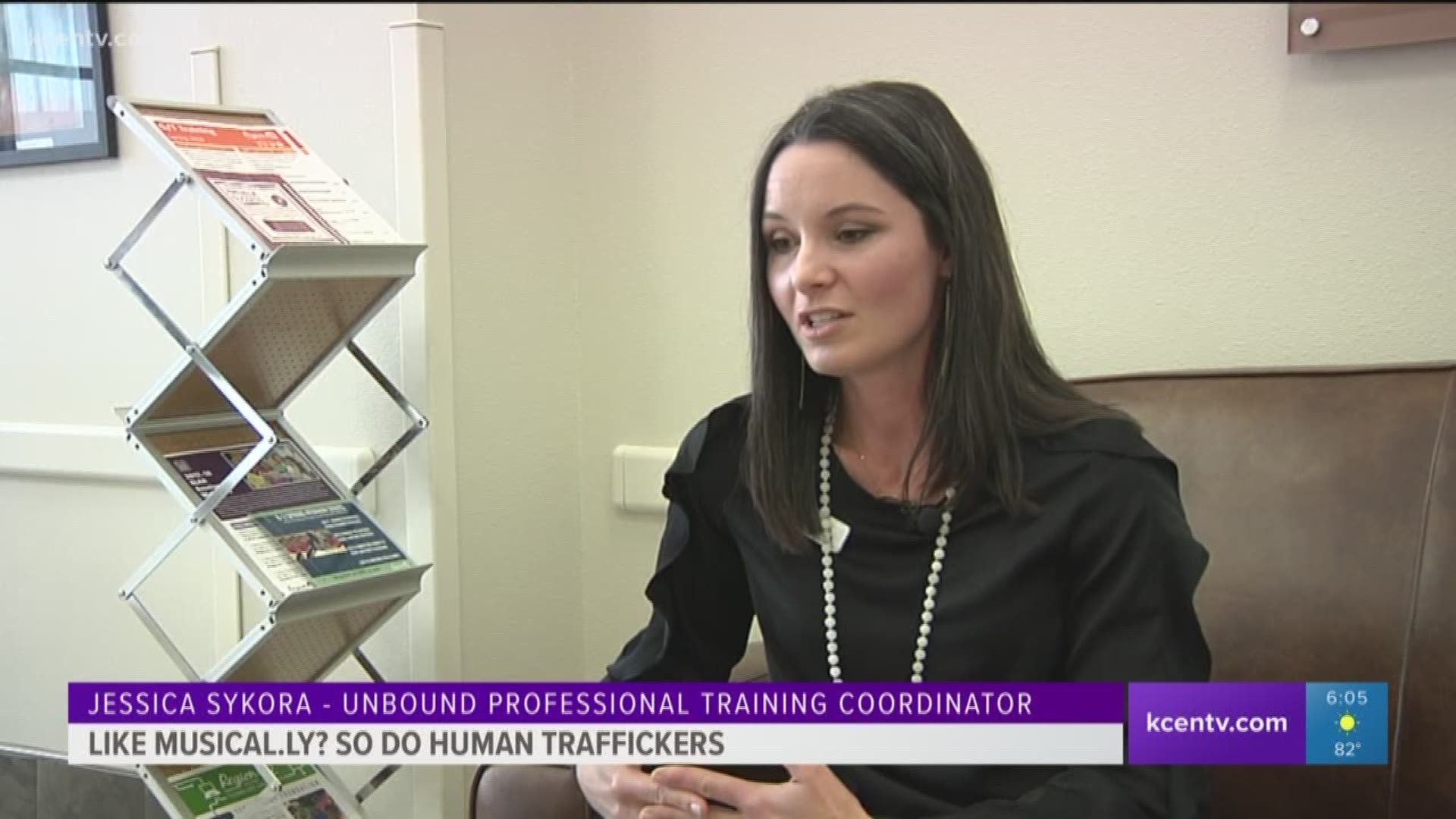 waco — Morgan Oglesby's nine-year-old daughter wanted to try Musical.ly. It's the app that lets kids create and post their own lip-syncing videos and all the kids are using it.

After what happened next, however, Oglesby will never use it again.

Oglesby only lets her daughter use the app under supervision on Oglesby's own phone. So when she got a notification around 5 a.m. one morning from that app, she thought it was odd.

She clicked it and said she found a middle eastern man looking back at her.

"As I clicked this two screens came up, I thought it was a new musical.ly video," Oglesby said. "As I clicked on it, there was a man on the other side, he started to move, was talking. I could see my headboard in the background and he could see me!"

Video chat was not a feature Musical.ly is supposed to have. There is, however, another app that can be downloaded from same app creator called live.ly, but Oglesby said she never downloaded it.

Channel 6 downloaded both apps on one of our phones to find out what was going on. It turns out, users that download both live.ly and musical.ly can then contact people who only downloaded the Musical.ly app because the apps share a friends list. It appears the ability to receive a live chat is automatically downloaded with Musical.ly even if the user didn't want it. Users can also follow other people on either app and then direct message them.

Looking back at her daughter's videos, Oglesby realized the same man had been leaving her daughter comments for weeks.

"He had 'loved' some of them. There is a heart and you can double-click it. He had commented on some of them, things like ' you are so pretty, I love your hair," Oglesby said.

According to Laura Palmer with Traffick911, multiple parents have had their kids contacted by similar individuals through the app, trying to communicate or meet with girls. On a Facebook post, Palmer said "One child now has the police & FBI involved because of what happened. Y’all... it happens so quick & can’t ever be undone. Two of those young girls had it on their parent's phone because the parents thought that was safer."

Waco based anti-trafficking organization Unbound has also heard of the app. Unbound Professional Training Coordinator Jessica Sykora told Channel 6 there have been many apps used by sexual predators but Musical.ly is currently the most prominent. She says parents can't settle to just delete one app and move on, however.

"Musical.ly is kind of the app of the moment that parents and educators are concerned about, and rightly so. It gives kids access to a lot of people who want to connect with them for exploitive purposes. Sykora said. "As soon as we get a hold on this another pops up... we've got to teach our kids how to behave safely and appropriately online."

In this case, however, Oglesby told Channel 6 she would be deleting Musical.ly for good and encourages other parents to do the same thing.

"This isn't something that any child that is under the age of 18 should have in their possession alone ever," Oglesby said. "It won't ever be allowed on the phone again."