The victim and suspect were working out at the track when the two got into an argument because the suspect wasn’t wearing a mask or keeping his distance. 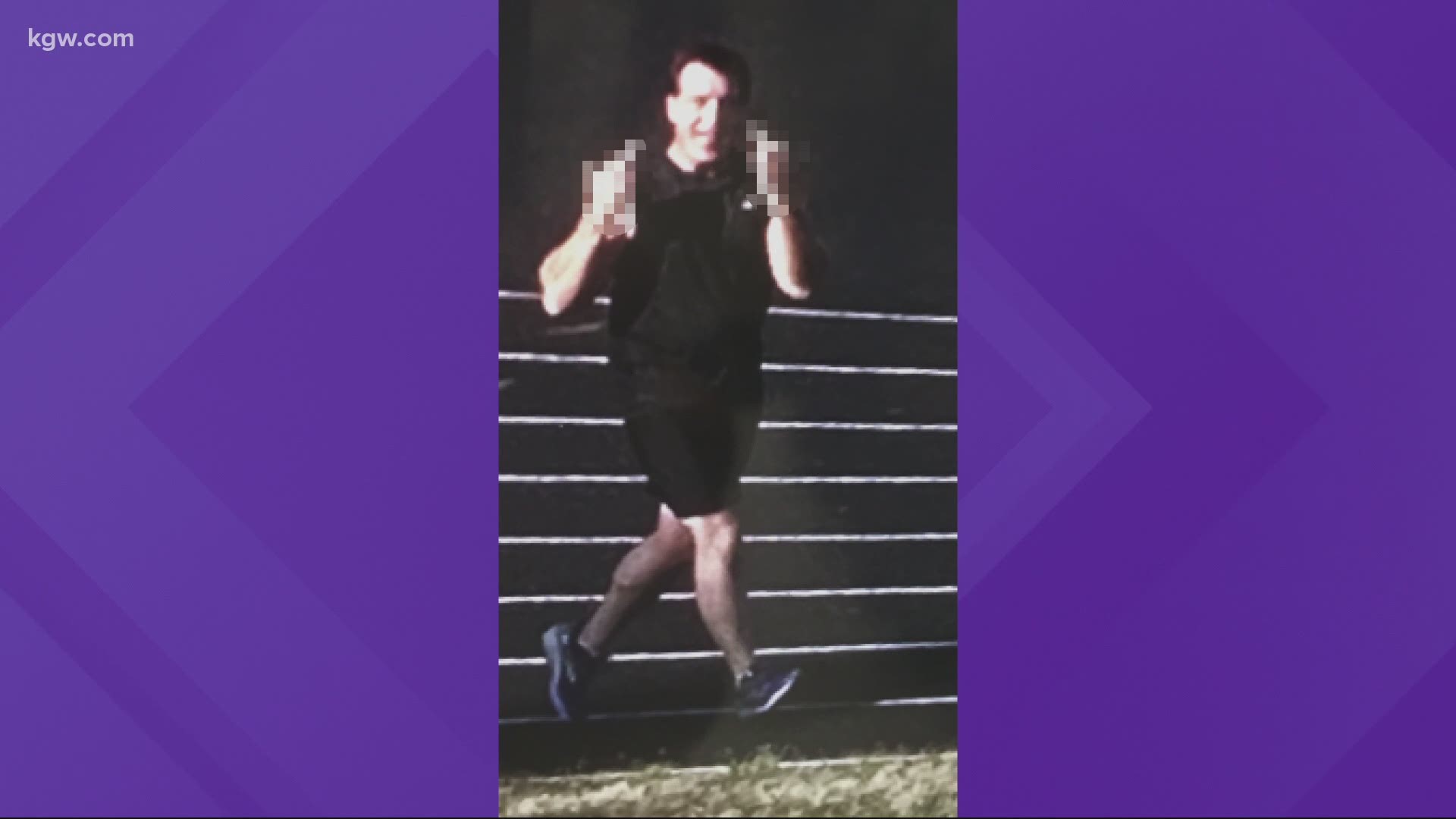 VANCOUVER, Wash. — A man hit a woman several times and kicked her while she was on the ground after the two got into an argument about wearing face masks and social distancing at a running track in Vancouver, police said.

The alleged assault happened Wednesday in a parking lot between the Clark College campus and Hudson’s Bay High School.

According to police, the victim and suspect were working out at the track when the two got into an argument because the suspect wasn’t wearing a mask or keeping his distance.

A photo of the suspect, taken by the victim and released by police, shows the man making an obscene gesture toward the victim.

Credit: Vancouver police
A man suspected of assaulting a woman at a Vancouver track (left) and a woman who was with him at the time (right).

The woman walked to her car in a nearby parking lot and the suspect followed her. Police said the suspect hit the woman several times, knocking her to the ground, and he kicked her in the head and upper body while she was down.

The suspect and a woman who was with him (pictured above) left the area in a black SUV.

The victim was taken to a hospital. She has since been released.

Anyone who witnessed the attack or has information about the suspect is asked to call Vancouver police.

RELATED: 'If you have the ability to scream and stomp out of a store,' you can wear a face mask, OHSU doctor says