The TBI identified the victim of Monday's shooting at Austin East as Anthony Thompson Jr. 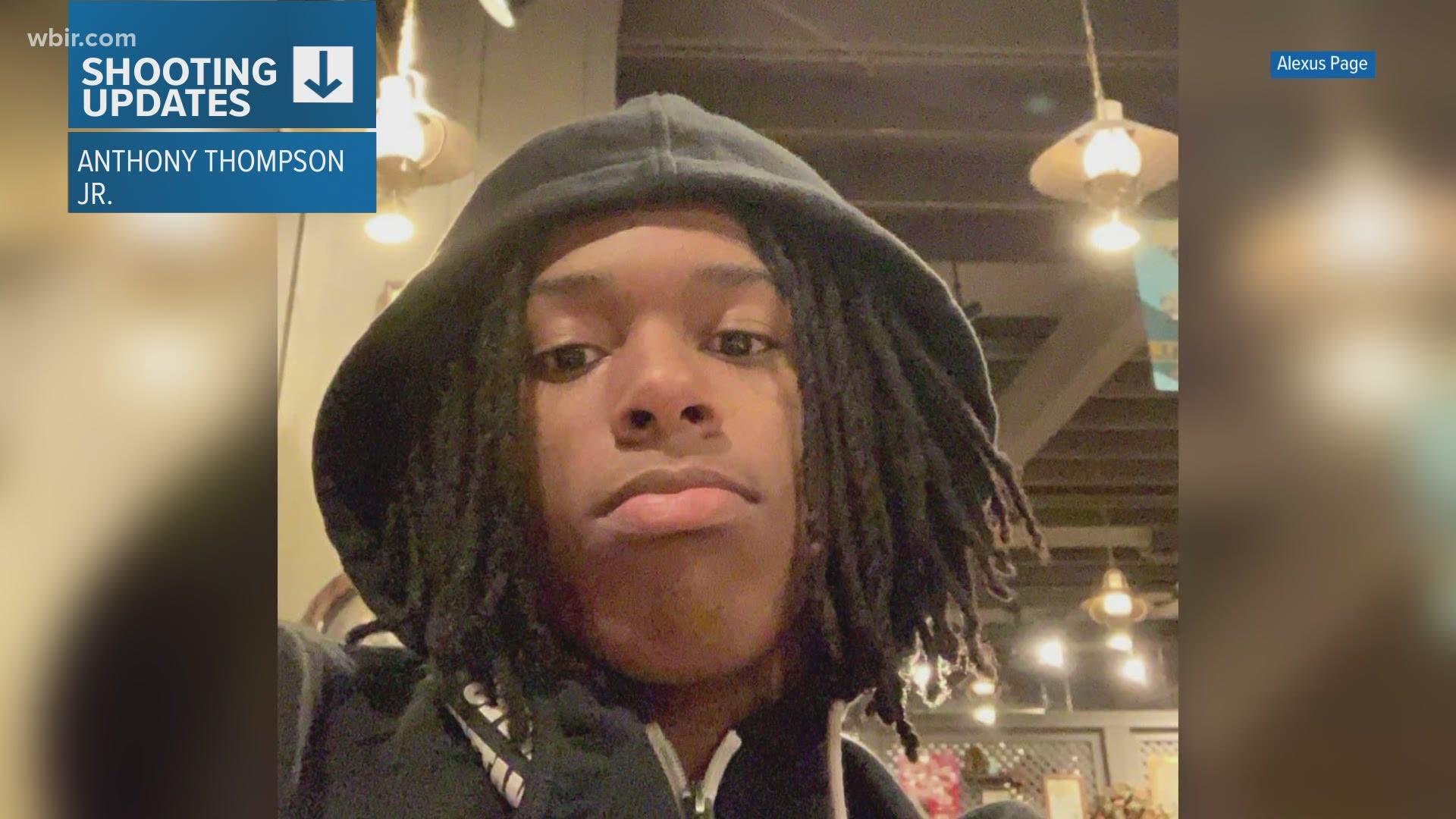 KNOXVILLE, Tenn. — A statement Wednesday afternoon from the Tennessee Bureau of Investigation shed some light on the police shooting that left an Austin-East Magnet High School student dead, but there are still more unanswered questions.

The TBI said 17-year-old Anthony Thompson Jr. died in Monday's shooting, making him the fifth student from Austin-East to die in gun violence so far this year.

The TBI said Thompson had a handgun when officers located him in a school restroom around 3:15 p.m. Monday afternoon. Investigators said a struggle broke out and Thompson's gun fired first.

We do not know how Thompson's gun was fire—whether the teenager pulled the trigger or if it was an accidental discharge during the struggle.

But the TBI said preliminary evidence indicates the bullet from Thompson's gun did not hit KPD school resource officer Adam Willson, who suffered a gunshot wound to the leg.

We do not know how Willson was shot — whether he shot himself or whether a fellow responding officer accidentally shot the 20-year KPD veteran.

We also do not know how Thompson got a gun — nor how he brought it into the school building. The TBI has also not said who made the first report of a possibly armed student, which sent officers searching for Thompson in the school.

The TBI will lead the investigation, with assists from the Federal Bureau of Alcohol, Tobacco and Firearms and the medical examiner's office.

In the past, it's taken the TBI several months to complete its investigation of officer-involved shootings in Knox County. Investigators will then turn over the case file to Knox County District Attorney General Charme Allen to determine whether charges should be filed.