Deputy recovering in rehabilitation hospital after being shot near Hagg Lake

Cpl. Jeremy Braun of the Washington County Sheriff's Office was one of two officers injured August 8 in gunfire exchanged with a suspect. 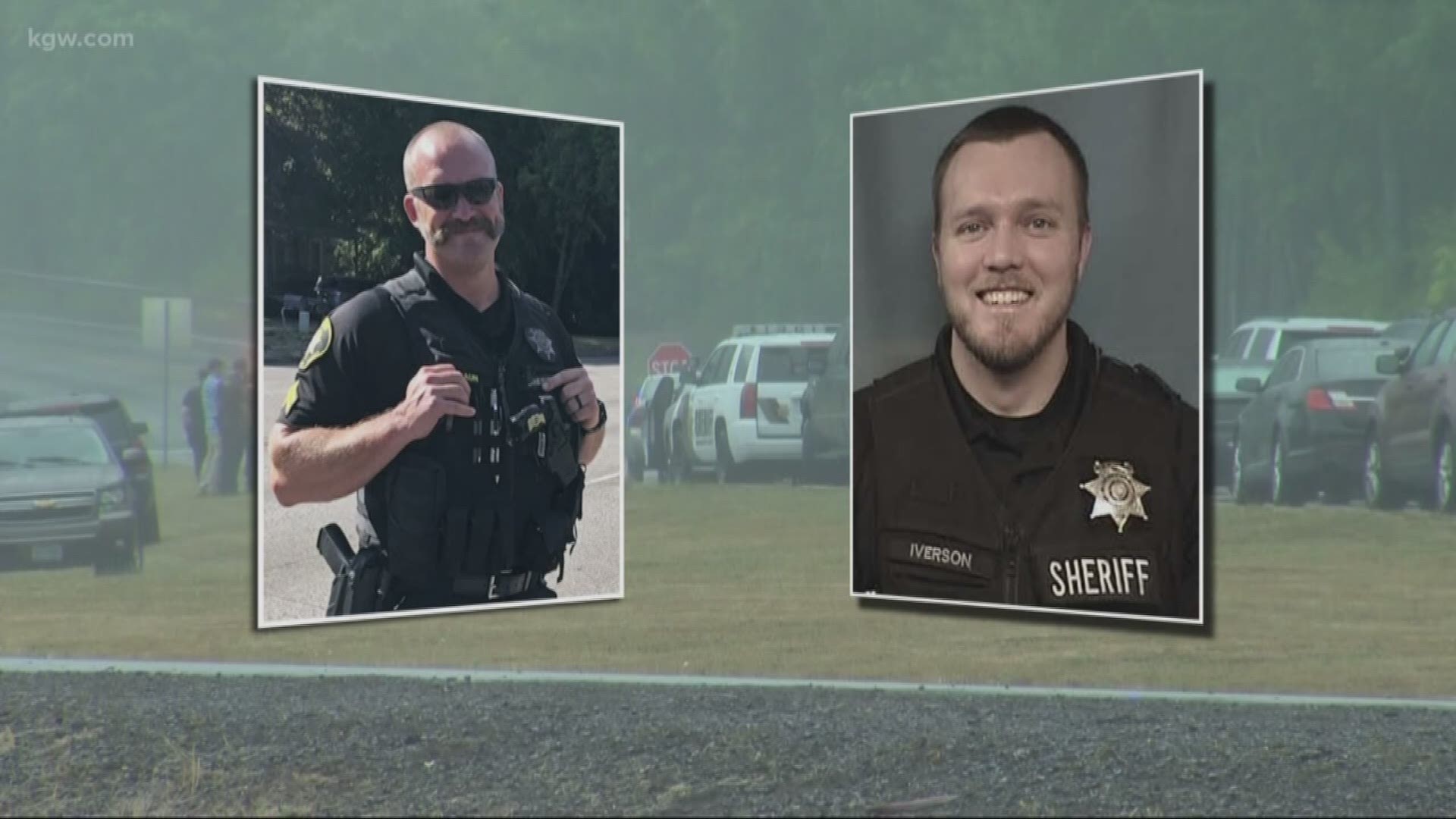 A police officer wounded in an Aug. 8 shooting near Hagg Lake has been moved from the trauma ward to a rehabilitation hospital, the Washington County Sheriff's Office said.

"He is having to relearn how to walk and how to swallow," police said in a Facebook post Sunday. "There are still many lead pellets in his body, including in his neck and lungs. Those pellets may remain in his body for many years."

A post on social media Tuesday showed Corporal Jeremy Braun on his feet at the rehab facility.

The other officer injured in the shooting, Deputy Chris Iverson, is in outpatient physical therapy. He is expected to make a full recovery, police said.

ORIGINAL STORY (8/8/2019): Two Washington County Sheriff's deputies searching for an armed theft suspect were shot near Gaston on Thursday afternoon. The suspect was also shot and is in custody.

Life Flight responded to the scene. One deputy suffered serious injuries, "but, thankfully, his prognosis is encouraging and he is receiving excellent care," the sheriff's office said in a tweet Thursday evening. The deputy was still in serious condition on Friday.

The other deputy suffered non-life-threatening injuries. That deputy has been released from the hospital and is recovering at home, the sheriff's office said on Friday.

During a press conference Thursday night, Washington County Sheriff Pat Garrett commended a Tualatin Valley Fire & Rescue medic who arrived on scene immediately after the shooting and provided care to the seriously injured deputy. Garrett said the medic "was instrumental in [the deputy's] survival."

The injured deputies were part of the tactical negotiations team, according to sheriff's office spokesman Brian van Kleef. They have not been identified.

After the deputies were shot, law enforcement tracked down the suspect, who was also shot at some point during the exchange of gunfire. The suspect was taken to a hospital. As of Friday afternoon, there was no information about the suspect's condition.

The situation began at around 2 p.m. Thursday when the sheriff's office received a call about a theft in progress, van Kleef said. The homeowner reported a man outside the house stealing long gun rifles out of a locked cabinet on their property.

Deputies helped the homeowners get of the house and then began searching for the suspect. The search, which included assistance from K-9 units, air support and tactical negotiations team, lasted about two and a half hours in a wooded area, van Kleef said.

Eventually, the suspect and deputies exchanged gunfire and the deputies were shot.