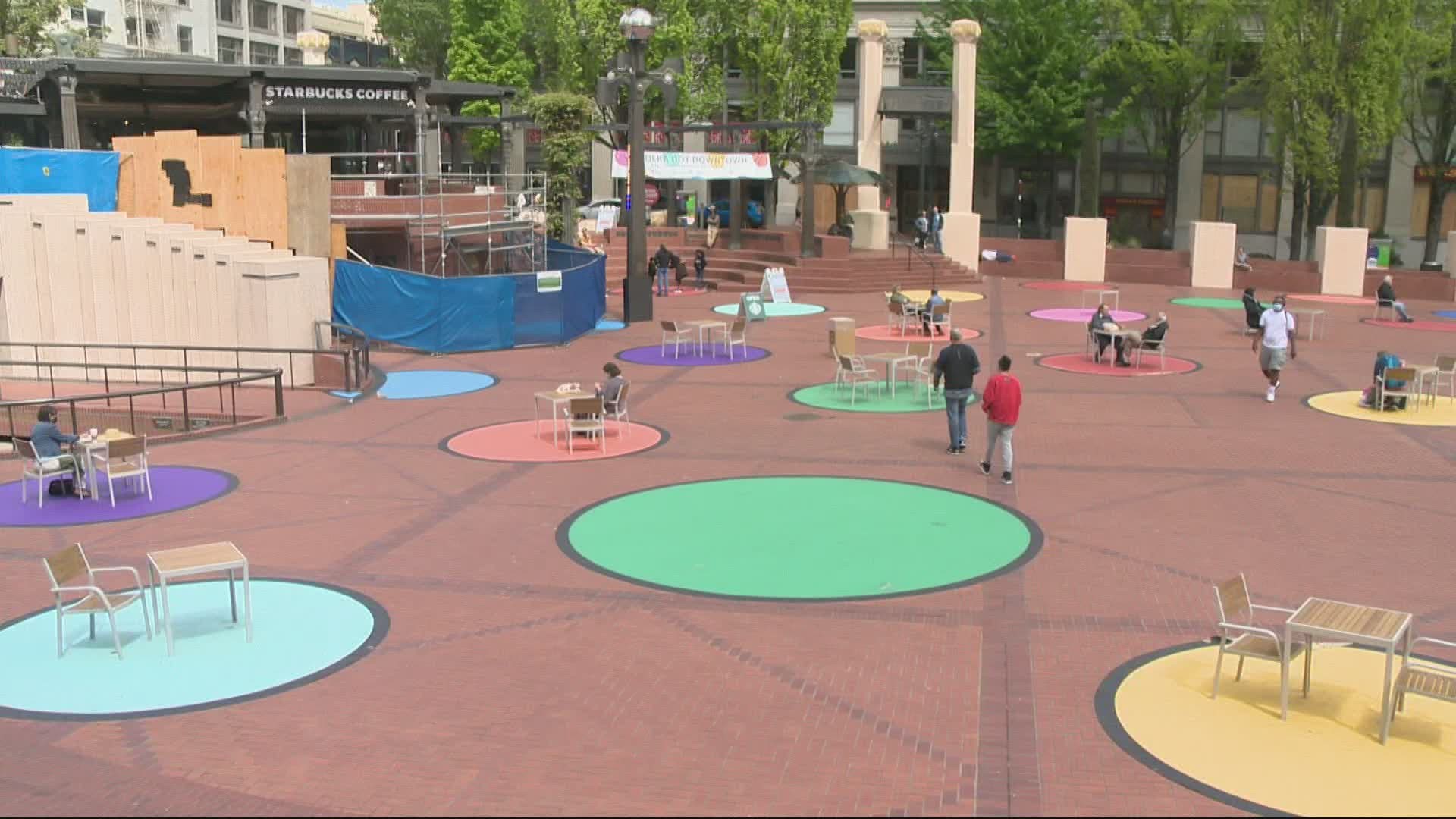 PORTLAND, Oregon — It’s the tale of two cities. Over and over, for the past year, we've seen the rough side of Portland at the hands of a group of people doing what they call "direct action marches."

Each time, a few in each demonstration break windows and do other damage to businesses, and sometimes even non-profits and churches. Then police make some arrests and find things like knives, slingshots, and hammers in the process.

In the light of day, Pioneer Courthouse Square looks inviting, with folks enjoying some sun on the bricks. But native Portlander Rickey Grixsby is also seeing the damage and calling it out.

At a table nearby three guys are enjoying a meal and conversation that had turned to Portland and what's happening.

"We all live around the city core and it's really quite nice, and a lot of this stigma is kind of overrated,” said Evan Hughes.

That said, Hughes does not agree with the vandals' tactics.

At another table in the square was Natalie Torres and her children. The whole family came up from Monmouth to visit the city they love. And, Natalie said, she noticed “that all the windows are boarded up, there's a lot of tagging, that there's a lot of trash on the sidewalks."

Portland is still known for food carts and a friendly way. But we found no support this Sunday at Portland’s “living room” square for the violence, gratuitous aggression and property damage at nighttime demonstrations.

“Yeah it's pointless,” said Torres. “I don't think there's a need for it, I think what needs to be heard is being heard but then there's people that are adding chaos because they have nothing better to do.”

Police arrested six people Saturday, all but one of them during the nighttime riot. They also confiscated various weapons, from a knife to a slingshot and hammer.