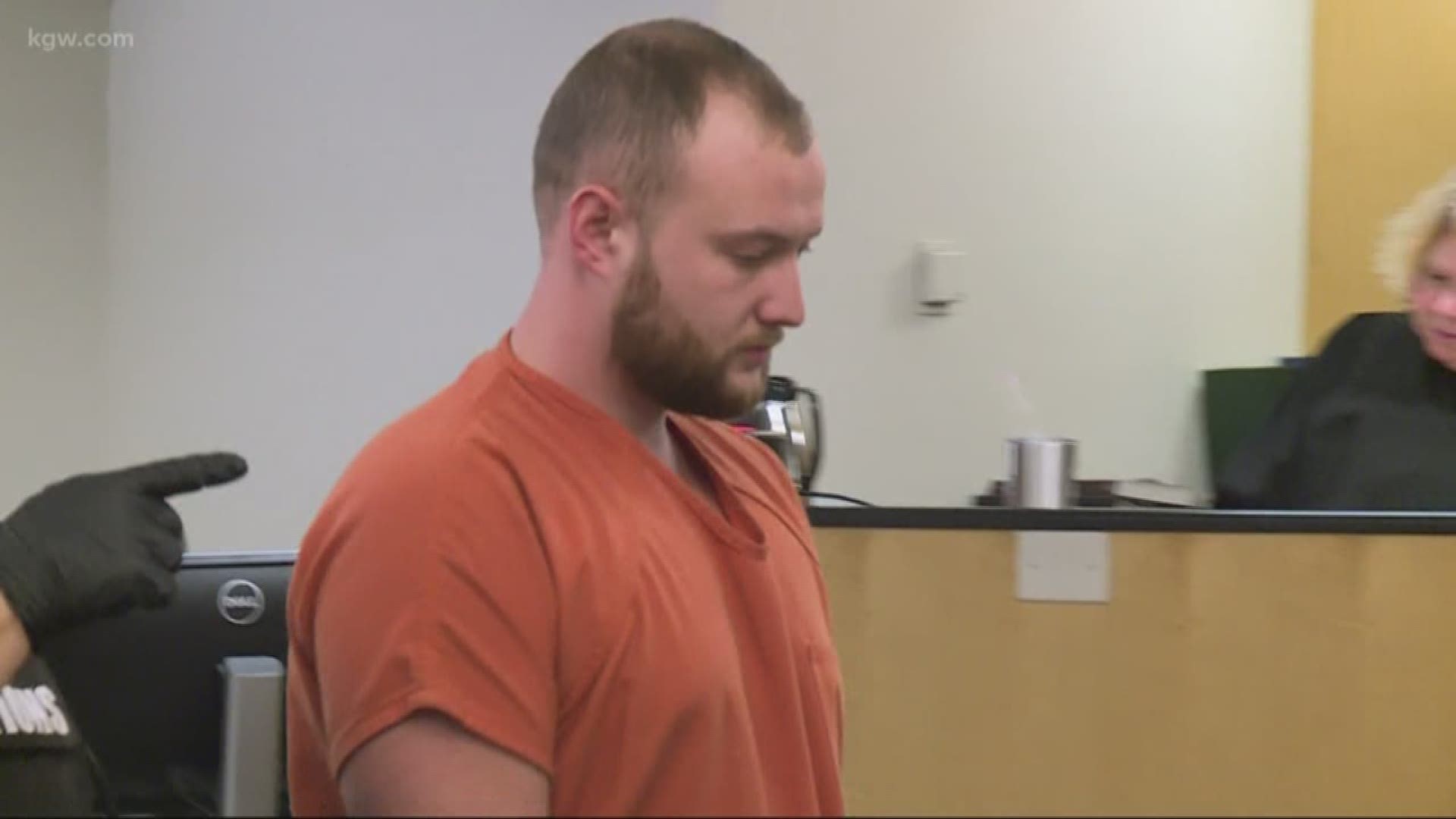 VANCOUVER, Wash. — A man angry at learning that he had a sexual encounter with a transgender Vancouver teen strangled her, then dumped her body in a remote area of Clark County, according to court documents filed by Vancouver police detectives.

The remains of Nikki Kuhnhausen, 17, who disappeared June 6, were found earlier this month in the remote Larch Mountain area of Clark County.

In a press conference Wednesday morning, police said the case remains under investigation. The role of his two brothers "raise some concerns," police said.

The actual charge against Bogdanov, including whether Kuhnhausen's death was a hate crime, may also change depending on the conclusion of the prosecutor's office, said Sgt. Jeff Kip with Vancouver police.

The probable cause affidavit by the detectives provides the following timeline:

The late evening of June 5, two of Kuhnhausen's friends said she left a Vancouver home by herself. She returned about 5 a.m. June 6 wearing the coat of a man described in the affidavit as "an 'older' Russian male." She also had a bottle of Vodka.

Two friends used Kuhnhausen's cellphone on the sly to contact the man via Snapchat, later identified as Bogdanov.

A search warrant served June 26 of Kuhnhausen's Snapchat account showed that she had been communicating with Bogdanov early on June 6. His account confirmed the encounter, including a trip in what might have been a white van.

On June 28, detectives went to the homes of Bogdanov's brothers, Artur and Stanislav. They both said they had no knowledge of Kuhnhausen. Stanislav provided police with a cellphone number for David Bogdanov. He did not reply to social media messages left by investigators.

On an unspecified date in September, David Bogdanov contacted detectives. He called from the same phone number provided to police earlier by his brother.

He was interviewed by detectives on Oct. 2, telling them he knew that his brothers had been contacted earlier by police, but that he had no way of reaching his brothers.

He said he came across Kuhnhausen June 6 in downtown Vancouver. He and his brothers invited her for a drink at a bar. He gave her his coat because she was cold. After one drink, he let her keep the balance of a bottle of vodka. They exchanged addresses where they were staying.

The two got together a second time that morning, David and Stanislav Bogdanov arriving in the latter's white van. They drove to a home where Kuhnhausen got her cellphone. They then drove to Artur's home.

Outside that home, Kuhnhausen told David Bogdanov that she was biologically male. In the affidavit, he tells detectives "he was 'shocked', 'uncomfortable,' and 'really really disturbed' to learn that."

He asked Kuhnhausen to get out of the van and she reportedly left on foot and he never saw her again. Detectives said in their sworn affidavit that they believe Kuhnhausen was strangled at that time.

David Bogdanov denied any sexual encounter with Kuhnhausen, saying that homosexuality is unacceptable in Russian culture. Bogdanov said he then went to work at job sites in Portland and Beaverton.

Cellphone locator pings and call logs place him at Artur's home about 12:30 a.m. on June 6 and Stanislav's home about 3 a.m. Between 4 and 4:30 a.m., he called an adult video store, then several escort services.

Kuhnhausen's skull was found Dec. 7 in a steep, forested area in Larch Mountain, at a turnout. Over the next week, investigators also found more human remains, her clothing and jewelry. Dental records confirmed her identity.

Investigators also found her hair extensions, one of which was apparently used to strangle her. A bone from near the throat was found in one of them. The medical examiner ruled the cause of death as asphyxiation.

When detectives tried to interview David Bogdanov on Tuesday, he declined to answer any questions and was arrested, Sgt. Kipp said.