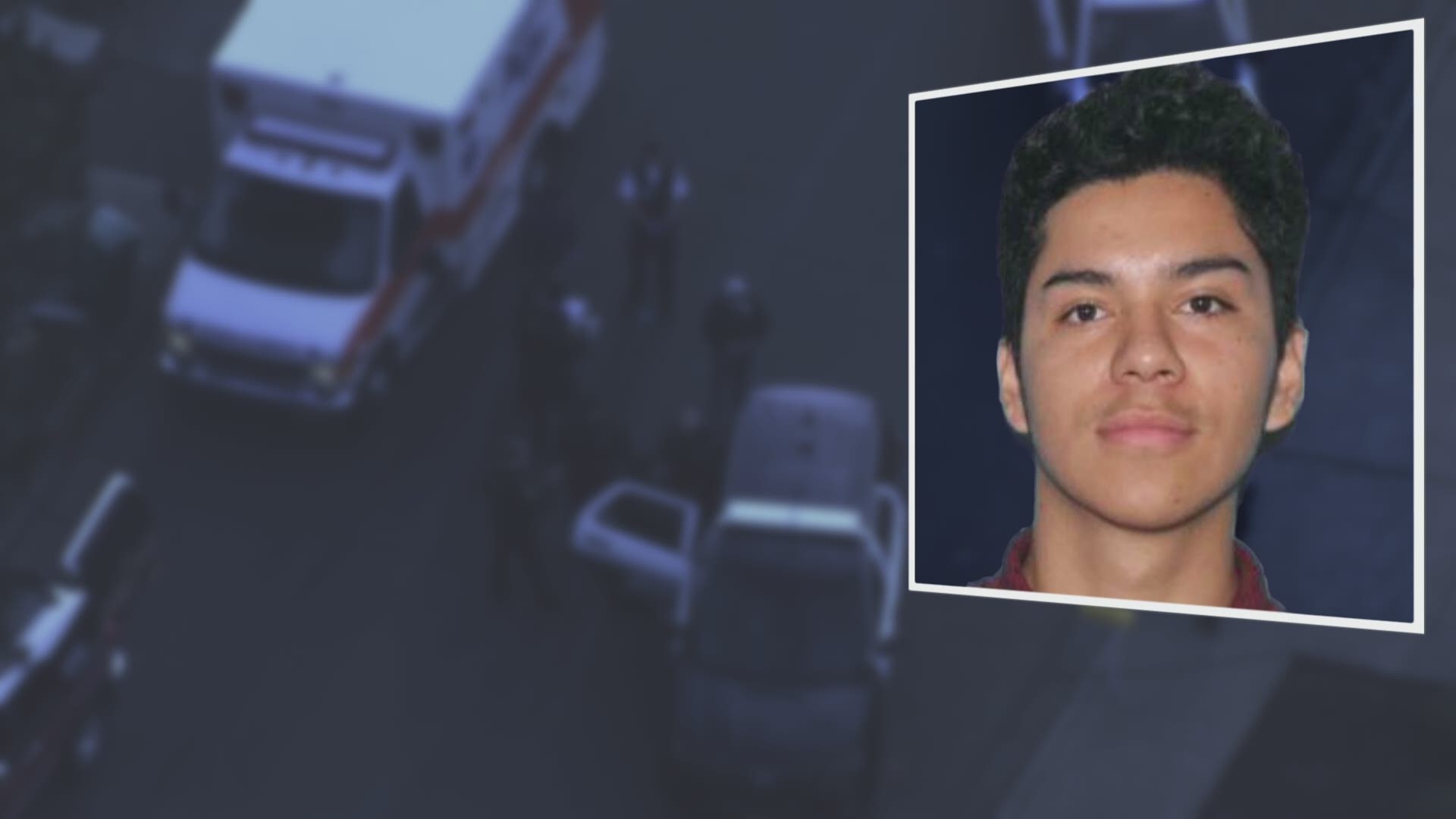 Editor's note: Wells Fargo tells KGW that a Wells Fargo employee was not stabbed inside the bank.

BEAVERTON, Ore. — One woman was killed and three other people were seriously wounded in a stabbing spree in Beaverton and Tigard on Wednesday morning.

Police say the suspect, 20-year-old Salvador Martinez-Romero, stabbed two women inside a Beaverton bank, killing one of them.

Two minutes later, he stabbed a man in a nearby parking lot and stole his car.

He then drove to a Tigard suburb, abandoned the man's car, and minutes later, stabbed another woman and stole her car. About 40 minutes later, he ditched that car and was arrested after fleeing from officers on foot.

Martinez-Romero was booked into the Washington County Jail and faces charges of murder, attempted murder and first-degree robbery. He's scheduled to appear in court in Hillsboro on Thursday at 3 p.m.

The crime spree started at 10:58 a.m. at the Wells Fargo bank in the Murray Hill Shopping Center at 14725 Southwest Teal Boulevard in Beaverton. During an attempted robbery, two women were stabbed inside the bank. One of them died and police said the other is in critical condition. Wells Fargo said the woman who died was a customer.

"We are deeply saddened that an incident at our Murrayhill Marketplace branch in Beaverton resulted in the senseless death of one of our customers and injuries sustained by others," Wells Fargo said in a statement.

Dillion Prickett was at a coffee shop next door when the robbery happened.

"I came outside and there was an employee of the bank bawling her eyes out. She couldn’t even talk," Prickett said. "That’s when they wheeled somebody out that looked like they had like a stab wound to her neck. She was really bandaged and there was a lot of blood."

Police said Martinez-Romero left the bank and walked to the Planet Fitness gym next to the bank. At about 11 a.m., he stabbed a man in the parking lot of the gym and stole his car. The man suffered serious injuries but police said he is expected to survive.

Martinez-Romero drove the car to a Tigard suburb and abandoned the car, possibly on Southwest Liden Drive. A neighbor on that street said police spent all afternoon collecting evidence from a car that was parked next to his house.

"I noticed there was yellow tape," neighbor Hani Karam said. "I asked the policeman that was behind me, 'Is everything OK? Is there anything going on?' He said now it's OK."

At 11:03 a.m., police said Martinez-Romero stabbed another woman in a residential area near Southwest Murray Boulevard and Scholls Ferry Road, less than a mile away from where he abandoned the first car. The woman suffered serious injuries but police said she's expected to survive.

Martinez-Romero stole her car, police said, and fled, but officers in Tigard spotted him. He ditched the second stolen car near a Chevron on Highway 99. He fled on foot, police said, and was eventually taken into custody at around 11:45 a.m. in a driveway on Southwest 83rd Avenue in Tigard, north of Westside Christian High School.

VIDEO: Live footage from the scene

The following is the full statement released by Wells Fargo Bank:

"We are deeply saddened that an incident at our Murrayhill Marketplace branch in Beaverton resulted in the senseless death of one of our customers and injuries sustained by others. We offer our heartfelt condolences to those who lost their loved one. Our thoughts are also with the innocent people who witnessed this heinous crime. We are cooperating fully with the authorities in their investigation. We are referring all questions to the Beaverton Police Department in order to preserve the integrity of that work. Counselors, through our Employee Assistance Consulting service, are available to support Wells Fargo team members in the wake of this terrible event."