The video shows the clerk being punched and kicked repeatedly, and one of the attackers jumped on the counter to hit him with what appears to be the cash register. 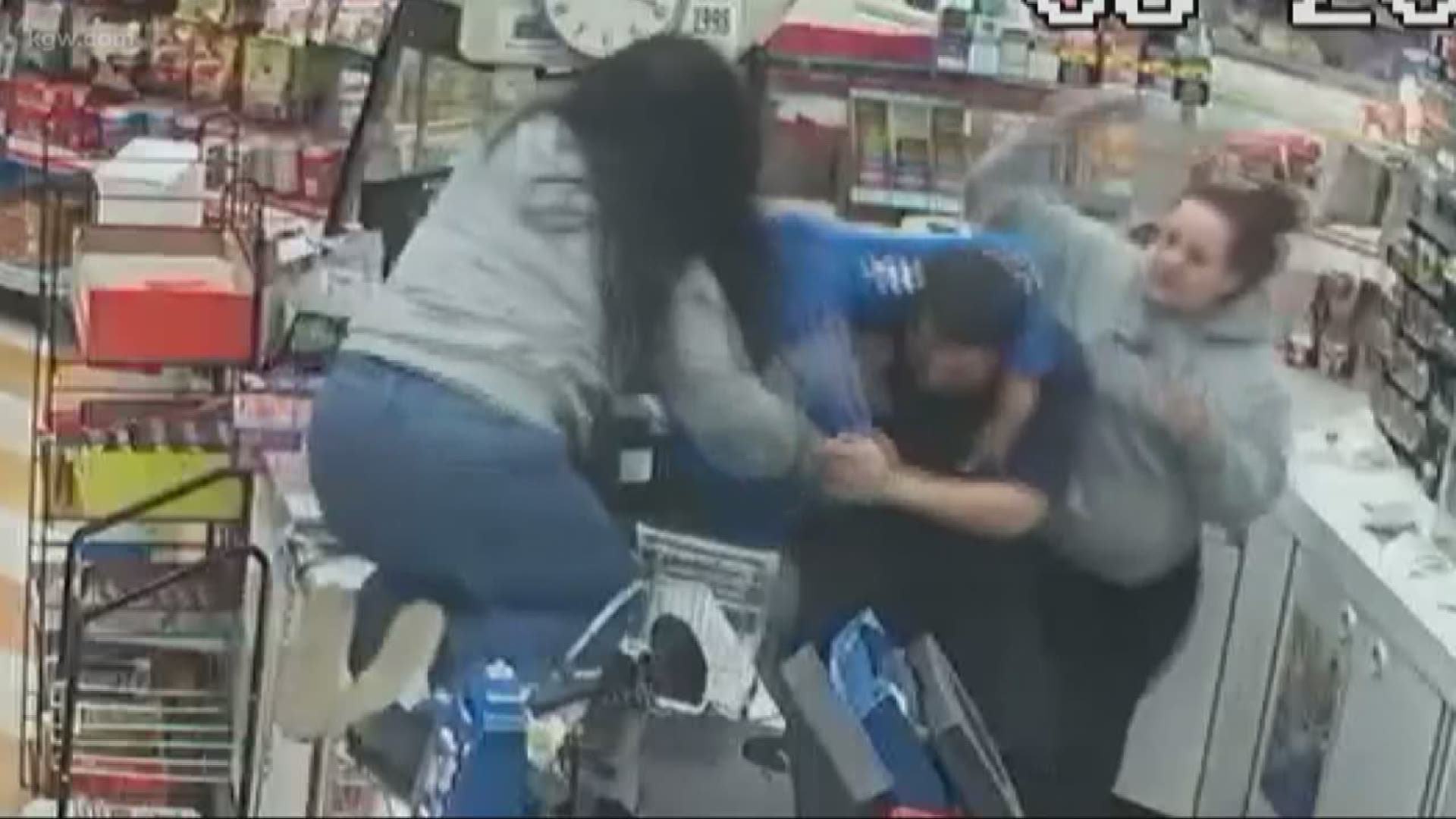 PORTLAND, Ore. — UPDATE: One adult and one juvenile have turned themselves in to police in connection with the attack, according to Portland police.

The juvenile has not been identified.

A convenience store clerk was attacked in Portland, and the brutal assault was caught on video.

The May 20 attack happened at the Chevron gas station and store on Southeast Stark Street and 148th Avenue.

According to the victim's mother, a teenager stole some ice cream at the store on May 19 and her 22-year-old son, Ryan Delgado, working as a clerk, confronted him.

The next night, the teen returned to the store with four other people, all whom appear to be teenagers, and they violently assaulted Delgado.

The video shows Delgado being punched and kicked repeatedly, and one of the attackers jumped on the counter to hit Delgado with what appears to be the cash register. The assault lasted almost two minutes before the suspect left.

Delgado called 911 and his family, and his mother, Toni Delgado, raced to the store.

"I pulled up and there were eight police officers here, the paramedics were here, the fire department," she said. "I come in and see blood everywhere — it was on the counters, it was everywhere — and I ran over to my son and he had gushing blood coming down the side of his face.

"As a mom, my heart sank because I didn't know the condition he was in at that point. It looked really bad. It was brutal."

She said her son was taken to the hospital, and that he has cuts, bruises, and lacerations all over his body, including his head, where he has stitches.

Delgado is also out of work while he recovers, an added hardship because he's a father trying to support a child.

Family and store management just want police to track down the people behind this brutal attack. 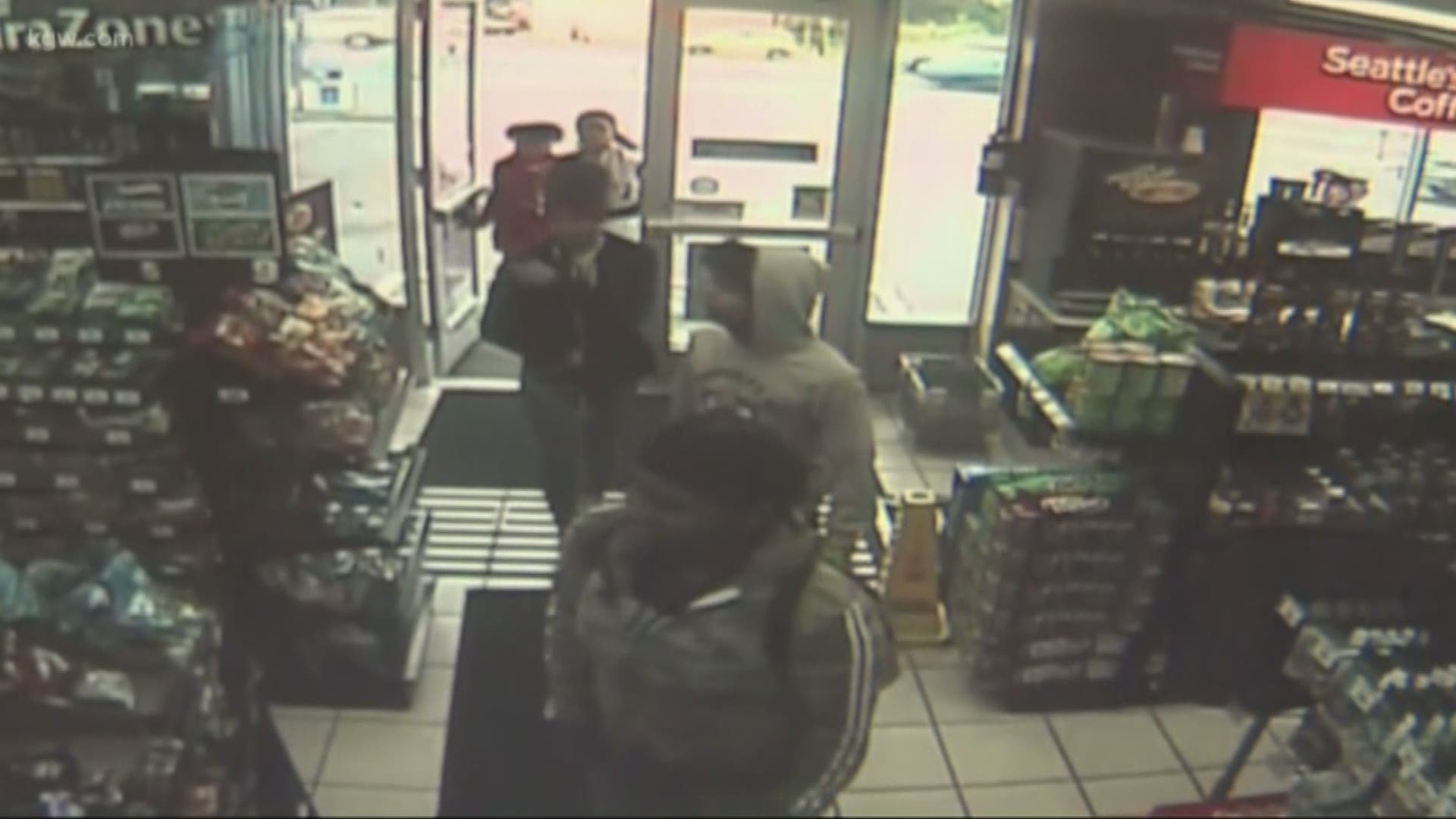