Two of six defendants agree to riot plea in May Day clash between Patriot Prayer, Antifa

Patriot Prayer founder Joey Gibson isn’t among those who reached deals with prosecutors. 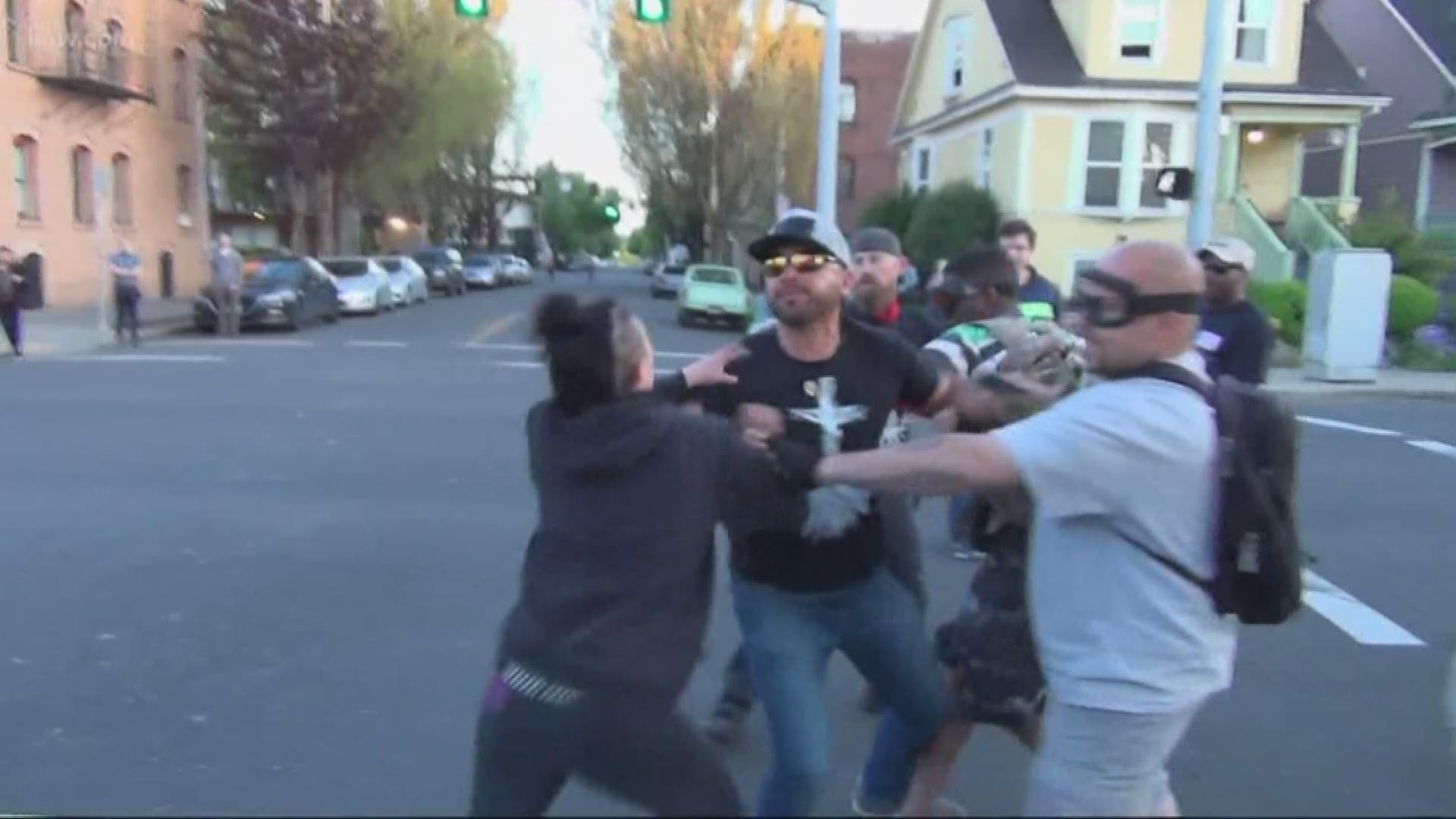 Two men of six accused of inciting a riot between right-wing Patriot Prayer and left-leaning Antifa outside a Portland pub have pleaded guilty and were sentenced.

The Oregonian/OregonLive reports Patriot Prayer founder Joey Gibson isn’t among those who have reached deals with prosecutors.

Matthew Cooper pleaded guilty Monday to a charge of riot outside the now-shuttered Cider Riot pub during the May Day clash. In addition to the ban on attending protests, Cooper was sentenced to three years of probation.

Christopher Ponte pleaded no contest to riot and was sentenced to the protesting ban, three years probation and 10 days in jail.