The garbage hauler found the cat hanging from its back legs, trapped in a bin. He could hear it whining, so he worked to clear the foam off of its face. 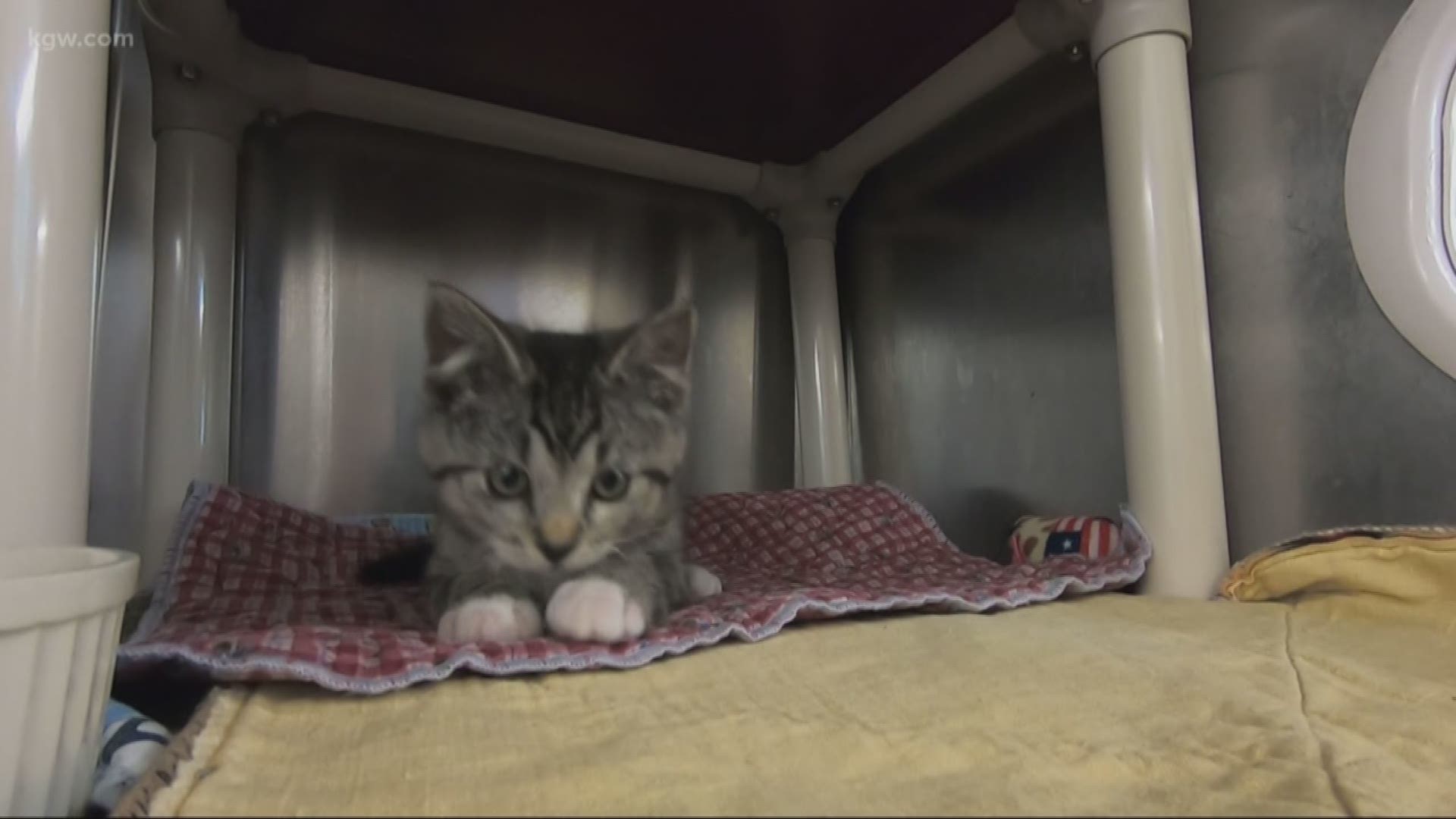 Deputies are asking for help finding who's responsible after a kitten was found trapped in a garbage bin and covered in spray foam.

A garbage collector found the kitten on May 3, while working to empty the trash bin on Southwest Minter Bridge Road, just north of the Hillsboro Garbage Disposal location.

The cat was hanging upside down from its back legs in the bin when the driver spotted it. He knew the kitten was still alive because he could hear it whining, according to the Washington County Sheriff's Office.

He took the cat to the garbage disposal facility, where he and other staff members worked together to remove the 8-week-old male kitten from the foam and get it to a nearby vet.

The property where the hauler found the bin has several structures, including two residences and several rented outbuildings. Two feral cats on the property have litters of kitten, deputies said.

"With all the people coming and going from the property, it’s unclear who may be responsible for this act of animal cruelty," the sheriff's office said in a press release Wednesday.

The kitten is at Washington County Animal Services’ Bonnie L. Hays Small Animal Shelter and is expected to make a full recovery.

Anyone with tips about the case is asked to call Cpl. Brandon Talbott at the Washington County Sheriff’s Office: 503-846-2700.