'We need to be more open to loving people': Transgender women attacked in Portland

Atlas Marshall said she was attacked early Thursday morning at the food carts near West Burnside Street in Portland. 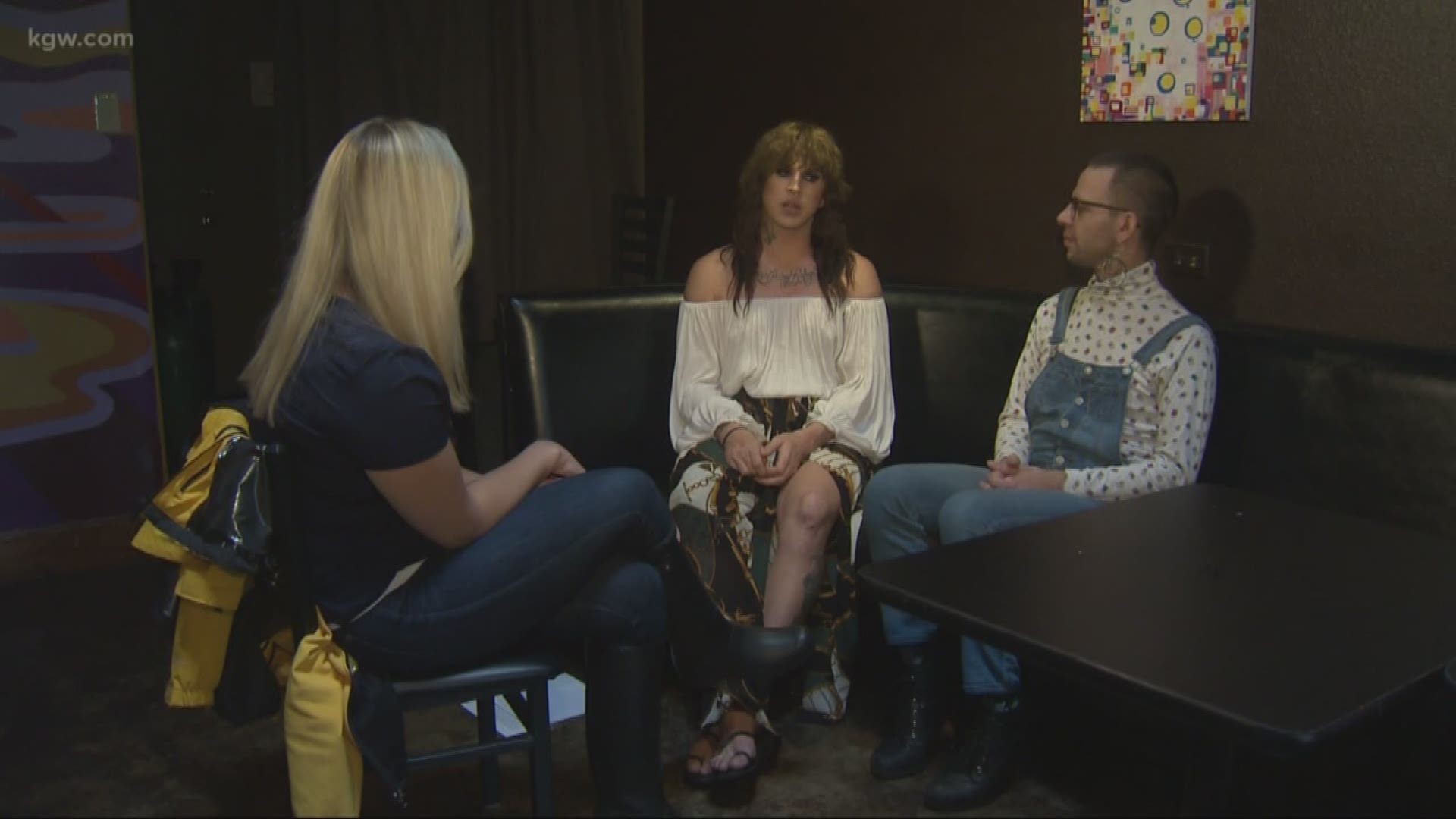 PORTLAND, Ore. — Two transgender women have been attacked in Portland in the span of a week. Portland police said they are investigating the latest attack as a hate crime.

Atlas Marshall said she was attacked early Thursday morning at the food carts near West Burnside Street in Portland.

“We need to be more open to loving people and understanding that we are different and you may not understand who we are, but you should respect us,” Marshall said.

Marshall said she was targeted because she is transgender.

“He saw me, visibly could tell I was trans, I was queer, and he started throwing homophobic and transphobic slurs at me,” Marshall said.

The insults quickly turned into a physical attack. She said two men pinned her to the ground and started beating her. Her friend Austin Schuchard pulled one of the men off of her and ended up with a broken nose and black eye.

“It's been very emotional,” Schuchard explained. “I've never really experienced, first on hate like this before.”

“I think that it's really important that we understand that this isn't just something that happened to us, it's happening on a regular basis,” Marshall said.

The attack on Marshall happened just a week after another transgender woman, named Marla Standing-Owl, said she was attacked while driving for Lyft in Portland.

RELATED: Lyft driver says she was attacked because she's transgender

“He says something, refers to me, you’re nothing but a man,” Standing-Owl told KGW. “I told him I don’t need bigotry in my car and that’s when he snapped.”

Standing-Owl said while driving, the man hit her repeatedly in the head and neck. She was able to pull over and pepper spray the attacker, but he took off running.

At the end of August, Lauren Jackson, another transgender woman was attacked on the Oregon coast. Witnesses said her attacker hit her more than 10 times, fracturing her skull and jaw. Over the weekend, she spoke at a rally put on by Lincoln County Clergy United Against Hate.

"I am healing and I'm just honestly so grateful to everyone who has been so kind and I hope that you show that kindness to not only everybody else in all the other categories, but also show it to yourself,” Jackson told the crowd.

"I think that people are targeted because of who they are, how they appear, and it's really awful,” Haque said.

If we want Portland to be the inclusive community it appears to be, Haque and Marshall said we need to stand together against hate.

“I treat people with kindness,” Marshall said. “I just want to be treated with the same.”