CORVALLIS, Ore. — A man surrendered to police after a shooting inside a Corvallis Foster Farms distribution center Thursday morning.

Here’s a timeline of the events that unfolded and the police response:

The incident was first reported by a woman in the building who was in a room adjacent to the gunfire. She quickly notified supervisors and coworkers, according to police.

Employees quickly left the building after hearing the shots.

Nearby businesses and Linn-Benton Community College went into lockdown and authorities advised people to avoid the area.

9:47 a.m. - Shortly after the SWAT team arrived, the Corvallis Gazette-Times reported that a man wearing a hairnet emerged from the building and police shouted at him and rushed him.

The unarmed man was taken into custody. Officers brought him to the police station to be interviewed.

See photos of the man surrendering to police 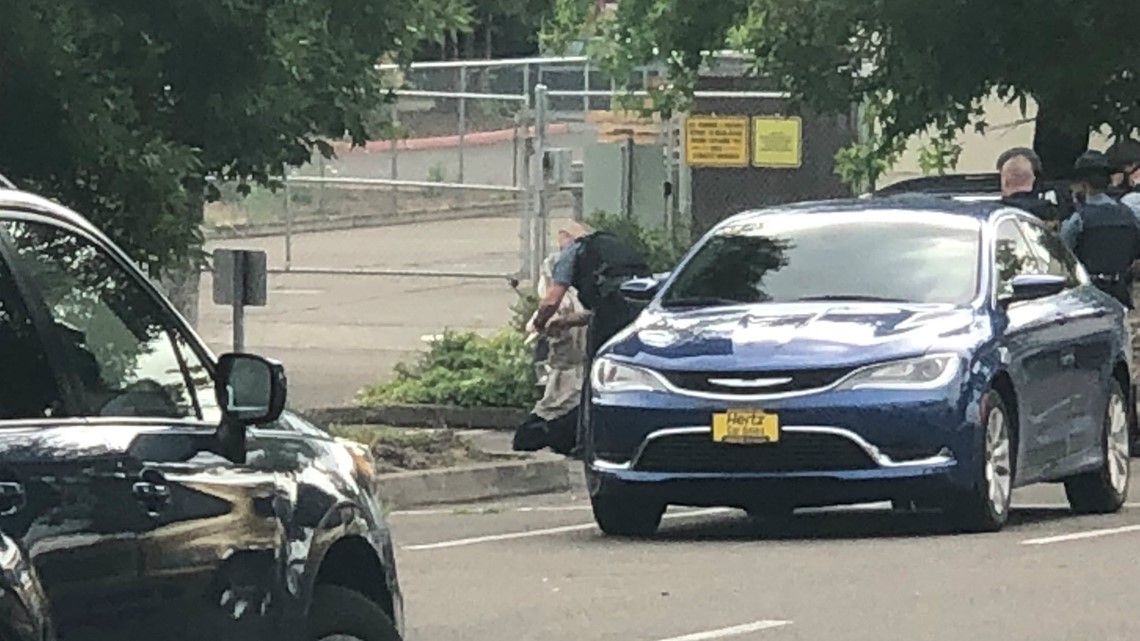 10:03 a.m. - Corvallis police tweeted that a man was in custody but the scene was still active.

10:40 a.m. – At a news conference, Hurley said no one was hurt in the shooting and SWAT team members were still searching the building.

He could not confirm how many shots were fired.

At approximately 8:30 a.m. PDT, Foster Farms became aware of a potential active shooter at its Corvallis, Oregon, facility. Foster Farms prepares for emergencies of this nature, and all employees were promptly evacuated without injury. Authorities were immediately alerted, contained the site and apprehended an individual. The safety of our employees is our highest priority and Foster Farms will provide counseling and support services to its Corvallis employees. We are thankful this incident was concluded without harm to our employees or the greater community. We greatly appreciate local law enforcement’s professionalism in quickly resolving the situation.

1:30 p.m. - At an afternoon news conference, police identified the suspect as 22-year-old Adrian Nickerson, of Albany.

Nickerson is a temporary employee at the Foster Farms plant.

According to police, Nickerson was in a car crash with another vehicle Thursday morning and left the scene, just a few hundred feet away from the plant.

Nickerson then went inside the building, police said, and fired a shot inside a women's restroom.