Carlene Ostedgaard was riding her bike along the I-205 multi-use bike path when she got caught in a booby trap. 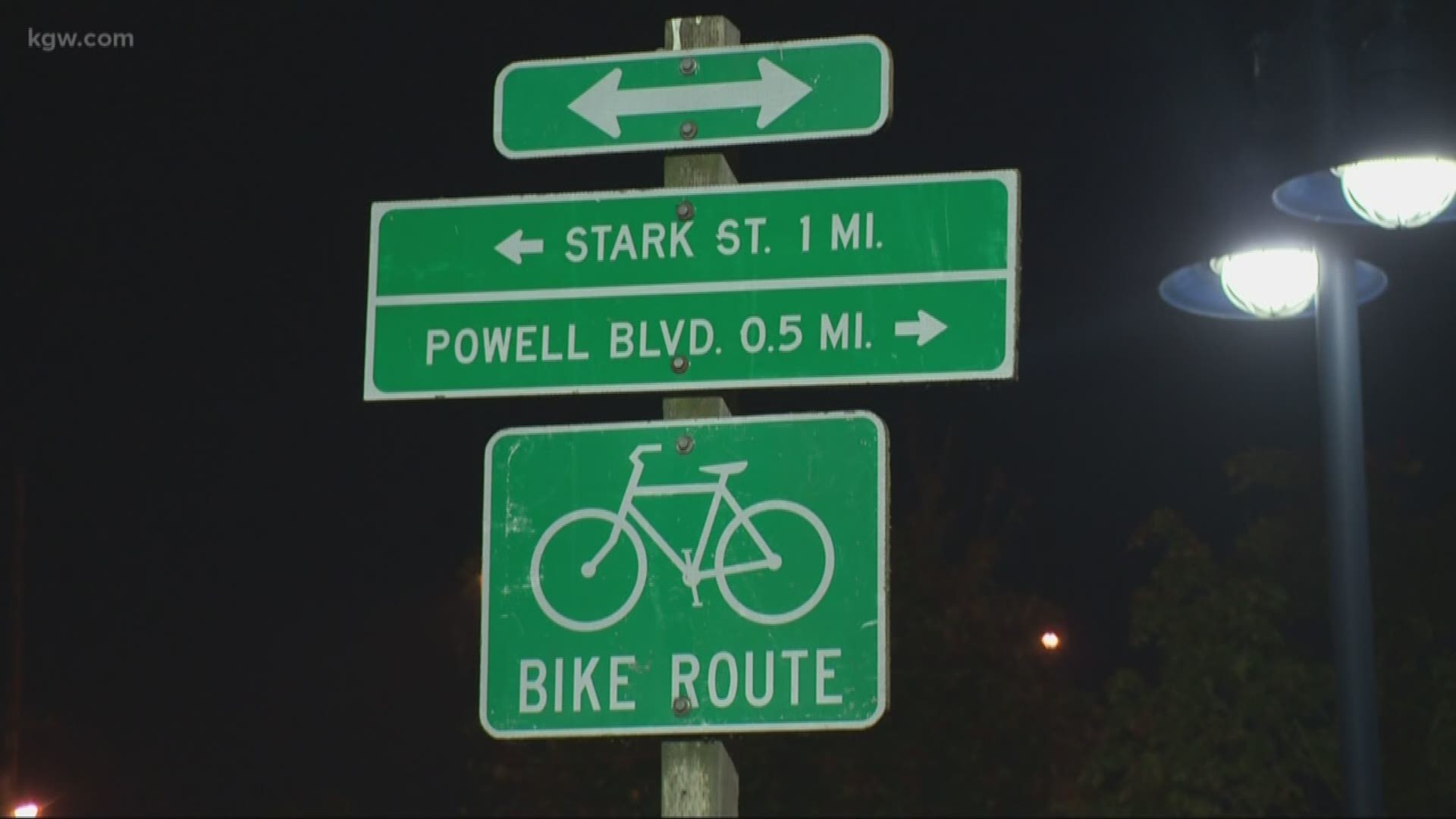 Carlene Ostedgaard was riding her bike home around 10:30 p.m. Friday on the Interstate 205 multi-use bike path near Southeast Division, when she saw three guys running up a hill suspiciously. She saw them stop at a retaining wall to watch her, and seconds later she slammed into thin ropes strung tightly across the path for several yards.

She said she put her head down, hoping her helmet would bear most of the brunt.

"Between the time that I actually made sense of what had happened to me, stopped, made the decision to call the police, and the police showed up, it was likely 15 minutes," Ostedgaard said. "And [the suspects] stayed, which is confounding."

She suffered bruising across her face and body.

A fellow cyclist wrote to Ostedgard on Facebook, saying they had cut down a similar trap in that same area about a week before.

Portland Police said one of the suspects was wearing a kangaroo onesie and had evidence of the rope in his pocket when he was arrested.

The three men are expected to be in court on Tuesday.

Several people in the cyclist community said this is not the first time they have heard of an incident like this happening. The editor of "Bike Portland" said he has heard of several other incidents across the city where a string was put up to target biker.

“It's just really sad that some people think that that's something you want to target, like I said before, it's not really surprising to me because I see stereotyping and othering against people who ride bikes all the time, so the fact that it's being acted upon isn't actually a real big surprise of mine,” explained Jonathan Maus with Bike Portland.

The assault happened on the I-205 multi-use path near Southeast Division Street. Maus said that path is already a spot bikers are concerned about because of homeless camps along the path.

“It's really unfortunate we have this path that should be this dedicated car-free safe space, yet now, people aren't even feeling safe there, so they don't want to use it,” Maus said.