A 22-year-old man was arrested after deputies say he entered several vehicles and let himself into a home, eating some food. 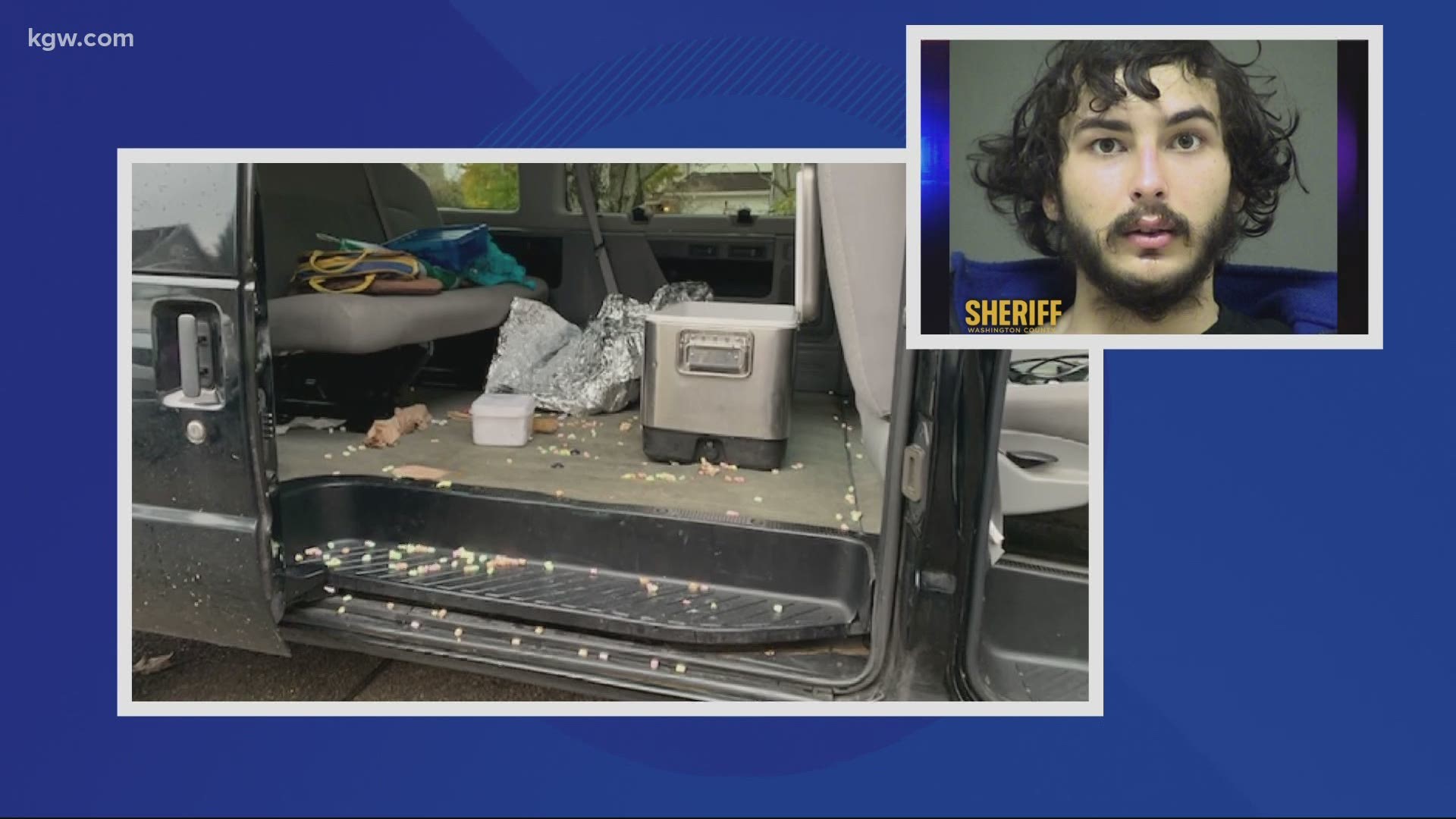 PORTLAND, Ore. — The Washington County Sheriff's Office (WCSO) arrested a man on Thanksgiving after he broke into several vehicles and someone's house in Cedar Mill, helping himself to Thanksgiving food.

Dana Huntington is the homeowner. He heard a car alarm go off around 6:30 a.m. and found Antonio Bernal, 22, in a family vehicle.

"I had a few choice words for him," Huntington said.

Huntington told KGW Bernal stuck around to talk. Bernal turned out his pockets, revealing dozens of tools and objects from Huntington's home and garage.

However, Huntington said Bernal stuck to a different story, saying a friend had given him the keys.

"He held out the keys, and I recognized an Oregon Ducks keychain that was my wife's that was hanging in my house in my kitchen [before]," Huntington said. "So, now I know that not only he had been in my car, but in my garage and in my kitchen while all of us were asleep."

"I'm definitely happy that everyone's safe, nobody was hurt, the man himself wasn't hurt," Huntington said. "It was all worked out."

As deputies investigated, they found Bernal had not only been in several vehicles, but had also used a bathroom inside the house and helped himself to some food the family had prepared for Thanksgiving.

Huntington said Bernal appeared to have taken some food outside, scattering marshmallows all over the floor of the family's van.

Deputies arrested Bernal on the charges of burglary I, two counts of unlawful entry into a motor vehicle, and theft II. More charges may be pending.