Terry Bean and his defense attorney both arrested on felony charges

Prominent political fundraiser Terry Bean and his defense attorney were both arrested in Portland on Wednesday. They face felony charges of "computer crimes." 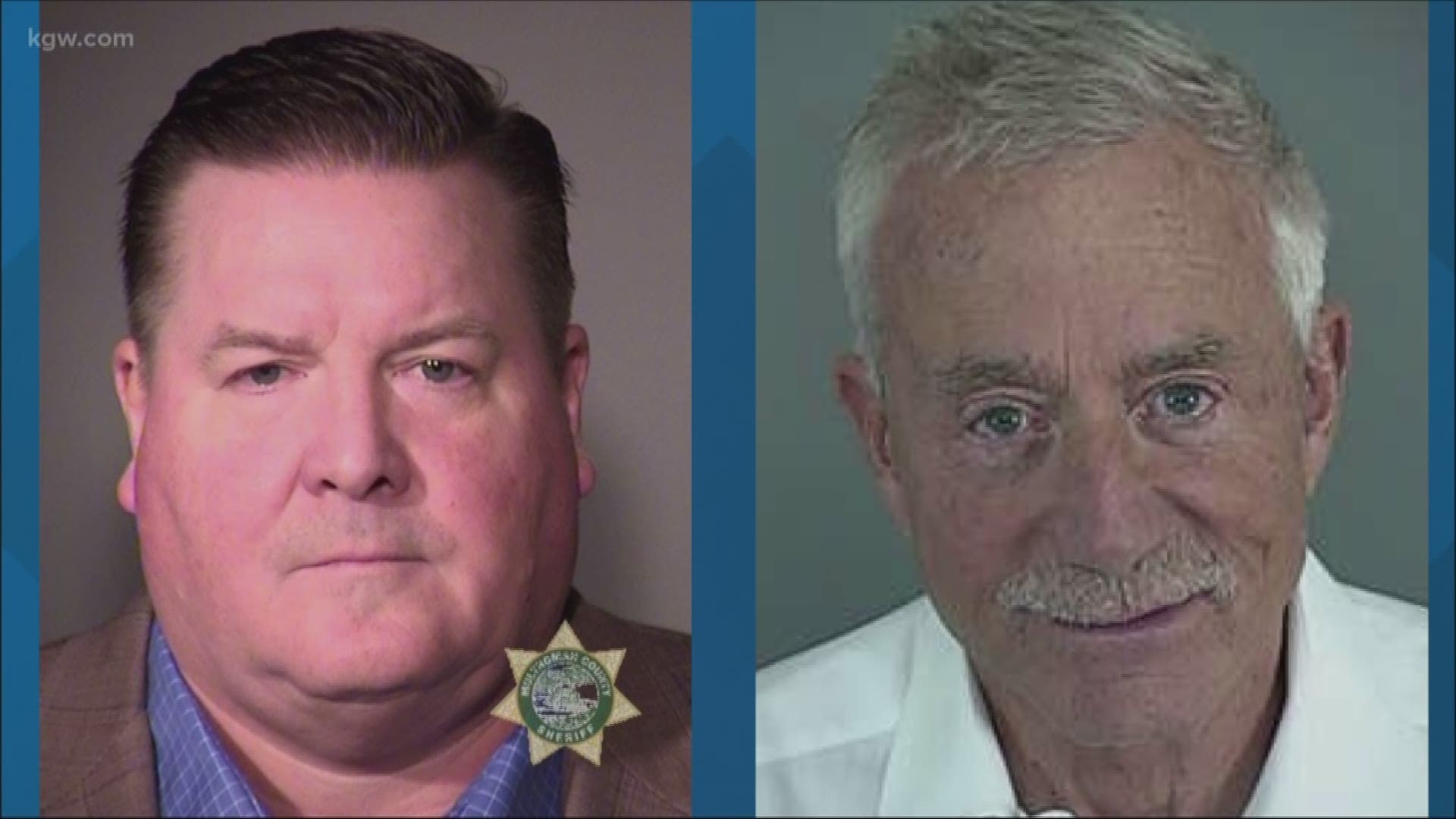 PORTLAND, Ore. — Political fundraiser and developer Terry Bean and his former defense attorney, Derek Ashton, were both arrested in Portland on Wednesday.

Both men were indicted on the felony charge of "computer crime," according to the prosecutor in the case. The arrests are the latest twist in a long legal drama that started when Bean was charged with having sex with an underage boy in Lane County in 2013.

Ashton was hired to defend Bean in the sex abuse case. Prosecutors have previously said they found evidence that Ashton helped bribe the alleged victim Bean's case, which is apparently what led to the new charges on Wednesday. The Oregon State Bar also opened their own investigation into Ashton over the same accusation.

Bean is accused of sodomizing and sexually abusing a 15-year-old boy in Eugene in 2013. He has pleaded not guilty. He was originally charged in the case five years ago, but charges were dropped when the alleged victim, identified as M.S.G. in court papers, declined to take the witness stand.

Hasselman filed court documents in Aug. 2019 that outlined an elaborate plot involving several lawyers, including Ashton, to help pay off and hide Bean’s alleged victim in 2015 and make the sex charges go away.

On Wednesday Hasselman said that Ashton's and Bean's arrests came after a grand jury indictment. He did not provide any additional details about the case beyond saying both men face the computer crime charge.

"While we are shocked at the new charge and the state's apparent shotgun approach,  Mr. Bean unequivocally denies all of the state's claims and their attendant innuendo," Sherlag said after Bean's arrest. "Once Mr. Bean heard of the new charge, he cut a vacation short and rushed home to register his plea of not guilty."

A KGW reporter saw Eugene and Portland detectives at Bean's Southwest Portland home on Wednesday morning around the same time as Ashton was booked in jail. It appeared Bean was not home at the time and detectives left after several hours at the house.

Ashton's attorney, Arden Olson, said Wednesday morning he was unaware that his client had been arrested and did not comment further.

Ashton posted bail and was released from jail on Wednesday afternoon, according to jail staff.

On Sept. 20, Bean dropped a $2 million lawsuit he’d filed against the prosecutor and police detective involved in his sex abuse case. Bean claimed Hasselman and Portland police Det. Jeff Myers had colluded with civil attorney Sean Riddell to coax Bean’s alleged victim into testifying against Bean in the criminal case with the idea that he could get a big pay-day later.

In the memo filed with Multnomah County Circuit Court withdrawing the lawsuit, Clifford Davidson, one of Bean’s lawyers, wrote that Bean “stands behind everything stated in the complaint. However, at this time, he has decided to focus on his defense rather than a new lawsuit.”

Both sides have accused each other of breaking the rules or lying.

KGW's Pat Dooris and Kyle Iboshi contributed to this story