Teen pleads not guilty to pushing friend off 60-foot bridge

Tay'lor Smith created "a substantial risk of death or serious physical injury" to Jordan Holgerson by pushing her off of the Moulton Falls bridge in August, court documents said. The impact broke five of Holgerson's ribs, punctured one of her lungs and left bruises all over her body. 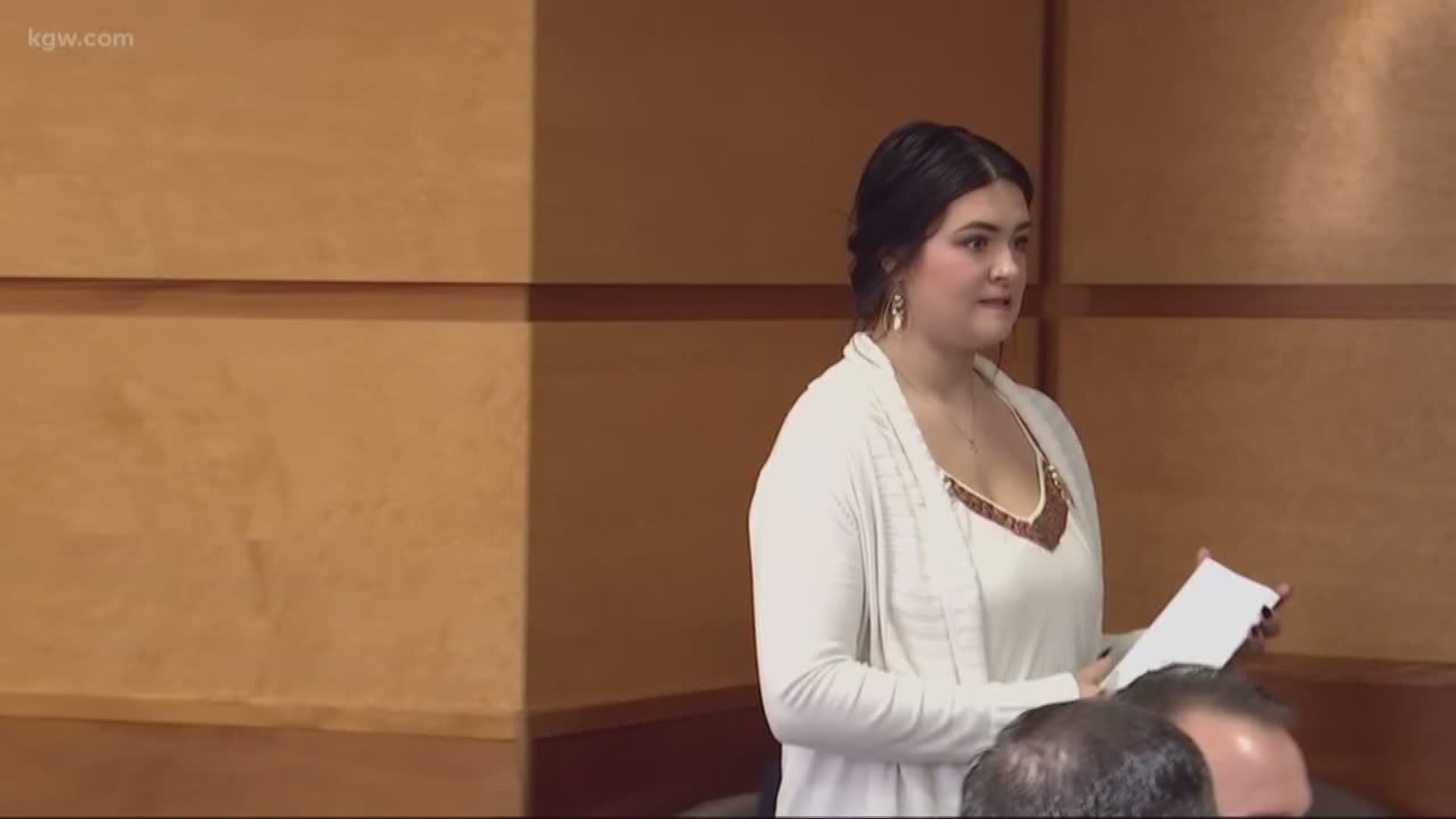 VANCOUVER, Wash. — The 18-year-old woman who pushed her friend off a 60-foot bridge and into the Lewis River, causing substantial injuries, has been charged with reckless endangerment, the Clark County prosecutors said.

Tay’lor Smith pleaded not guilty on Friday morning. If convicted, she could serve up to 364 days in jail and pay a fine of up to $5,000, according to Clark County deputy prosecutor Laurel Smith.

"The court did set two release conditions," Smith said. "One is to not have any contact with the victim in the case, and the other is not to leave her area of residence, this area [of the courthouse] and the area she goes to school."

Smith's grandmother spoke with KGW reporter Christine Pitawanich outside the courtroom, saying her biggest concern about this incident is the hate she sees within the social media conversation. She said Smith and Jordan Holgerson, the girl who was pushed into the water, had been best friends before the whole thing happened.

Tay’lor Smith’s grandmother saying a quick word about the conversation on social media. Smith is being charged with reckless endangerment for pushing Jordan Holgerson off a bridge near Moulton Falls. Smith has said Holgerson asked her for a push. pic.twitter.com/VQazOTnU1f

Holgerson's family said Friday she is continuing to heal from multiple injuries, and to them it's not about publicity at this point. It's about justice.

Smith is scheduled to appear in court again on Dec. 4.

Holgerson said Smith is treating the situation like a "joke" and needs to be more sympathetic.

“I think Tay’lor’s appropriate punishment should be somewhere along the lines of sitting longer in jail," Holgerson said. "Because I think she needs more time to think about the things she’s done and the way she’s treating people because she’s not being very kind.”

Holgerson said if Tay'lor Smith was found guilty and sentenced to the maximum jail time, that would be enough.

"Sometimes we're looking at victim's wishes, what they want to see happen. We look at the strength of the evidence," said Laurel Smith. "We look at the defendant's maturity level, their age."

Tay’lor Smith pushed Holgerson, 16, off the bridge near Moulton Falls on Aug. 7. Holgerson plunged out of control for more than 50 feet before awkwardly hitting the river. The impact broke five of her ribs, punctured one of her lungs and left bruises all over her body.

The push was caught on video and quickly went viral.

Exclusive Today show video shows the moments leading up to the infamous push.

"Our goal is not to teach society a lesson by charging a particular defendant with something that would not be fair, that would not be justice," said Laurel Smith. "But our goal would be that this kind of behavior doesn't happen again."

Tay'lor Smith said she has apologized repeatedly to Holgerson and “feels really bad about what happened.” Smith also said she has stayed away from her home because she has been receiving threats.

In an interview with Good Morning America on Friday morning, Tay'lor Smith said Holgerson asked her to push her off the bridge if she didn’t have the courage to jump herself.

“Tay’lor was telling lies to national TV," she said. "I confronted her about it and she definitely was lying to me.”

Holgerson said her friendship with Tay'lor Smith is likely over.

“I don’t think there will be a me and Tay’lor going forward. No thanks," she said.

Holgerson is recovering from her injuries. Her doctors said she was lucky she wasn't bleeding internally after the fall. She can't do anything active for weeks and says she won't be able to play any fall sports.

Holgerson's surgeon, MaryClare Sarff, said the impact from the water could have been deadly in itself, let alone the threat from nearby rocks.

“When you fall three times your height, 50 percent of people will die,” said Sarff.