MCMINNVILLE, Ore. – A 15-year-old McMinnville boy charged with murder and attempted murder admitted to committing the crimes, according to a probable cause affidavit. 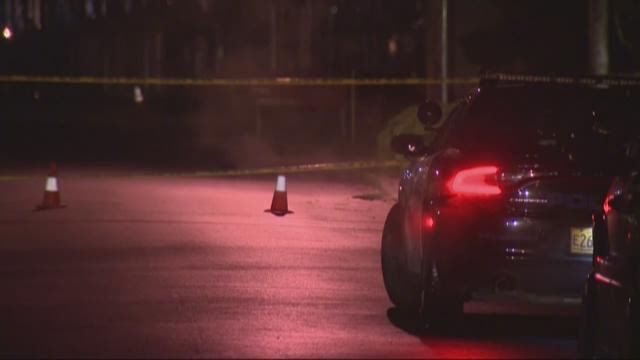 MCMINNVILLE, Ore. – A 15-year-old McMinnville boy charged with murder and attempted murder admitted to committing the crimes, according to a probable cause affidavit.

The teen, identified Sunday by the McMinnville police as Andrew David Vineyard, was booked into the Yamhill County Jail on Friday on charges of murder, attempted murder, assault, unlawful use of a weapon, unlawful possession of a firearm, and tampering with physical evidence.

He is accused of killing his father's girlfriend, 43-year-old Kimberly Forness, and shooting a roommate, 50-year-old Ronald Spiker. Vineyard lived in McMinnville with his father, Forness and Spiker at 424 Northeast Oregon Street.

Daylight photos of @MacPolice investigating, they believe a teen killed a woman and injured another man. Neighbors are devastated. #kgwnews pic.twitter.com/GyoS1t1ex8

The shooting was reported at 4:55 p.m. March 8. When officers arrived, they found Forness dead inside the home. Medics began treatment of Spiker, 50. The probable cause affidavit says he was shot in the face and the hip.

The affidavit also said Vineyard called 911 from near the crime scene. He said he had killed Forness then shot Spiker. Forness' body was found wrapped in a blanket on a bed, her throat slashed and head beaten.

Vineyard told investigators he tried to clean up the crime scene.

Spiker is currently in fair condition, according to a public information officer at Oregon Health & Science University.

Officers recovered the handgun believed to have been used. Captian Tim Symons of McMinnville Police said it belonged to someone other than Vineyard.

Police have not spoken about a motive for the crime but said it was no accident.

"The facts from the investigation led met to believe that in fact he - evidence will show - he knew what he was doing," said District Attorney Brad Berry.

On Thursday morning, a neighbor speaking with KGW's Rachael Rafanelli said she was devastated before breaking down in tears. Forness was a wonderful woman, she said, whose daughter was expecting a baby.

A neighbor broke down in tears, and says the victim was a wonderful woman, her daughter was just about to have a baby. They are devastated.

Forness worked at Hopscotch Toys for 11 years, says owner Linda Hays. She is heartbroken. She says Forness was a wonderful, sweet person, who loved to work at the toy store.

"She's one of those people that gets pleasure in life from building other people up," said Hays. "She was a dream person to have at a toy store, she cared so much about people."

If convicted, he faces life in prison.