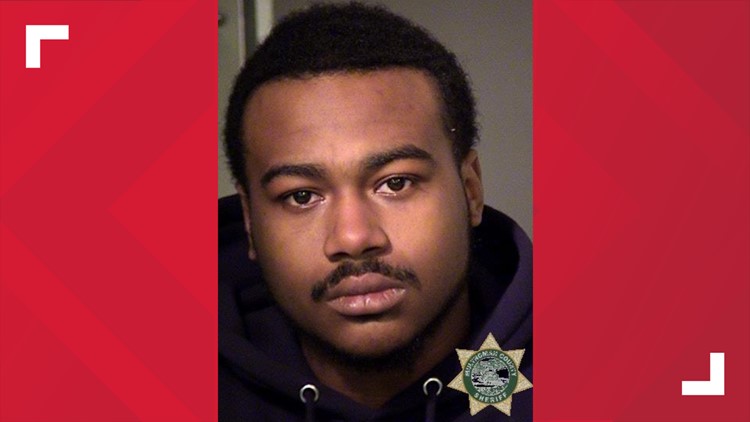 PORTLAND, Ore. — A suspect was arrested after pointing a gun at witnesses following a crash in Southeast Portland early Sunday morning.

Police say the suspect, 22-year-old Shabar U. Johnson of Portland, crashed into an unoccupied car in a parking lot in the 9200 block of Southeast Foster Road shortly after 2 a.m. Sunday. He pointed a handgun at witnesses in the area before running away down a nearby walking path.

Responding officers approached Johnson at Southeast 96th Avenue and Harold Street. After he failed to cooperate and walked away from officers, a K9 was deployed and held Johnson until officers could arrest him. A gun was also recovered.

Johnson was booked into the Multnomah County Detention Center and faces charges of menacing and unlawful possession of a firearm.

Police ask anyone who witnessed the vehicle being driven before, during or after the crash to contact Officer Jason Reando at jason.reando@portlandoregon.gov. Please reference Case No. 20-45614.

RELATED: We are the Caution: Working to end gun violence in Portland