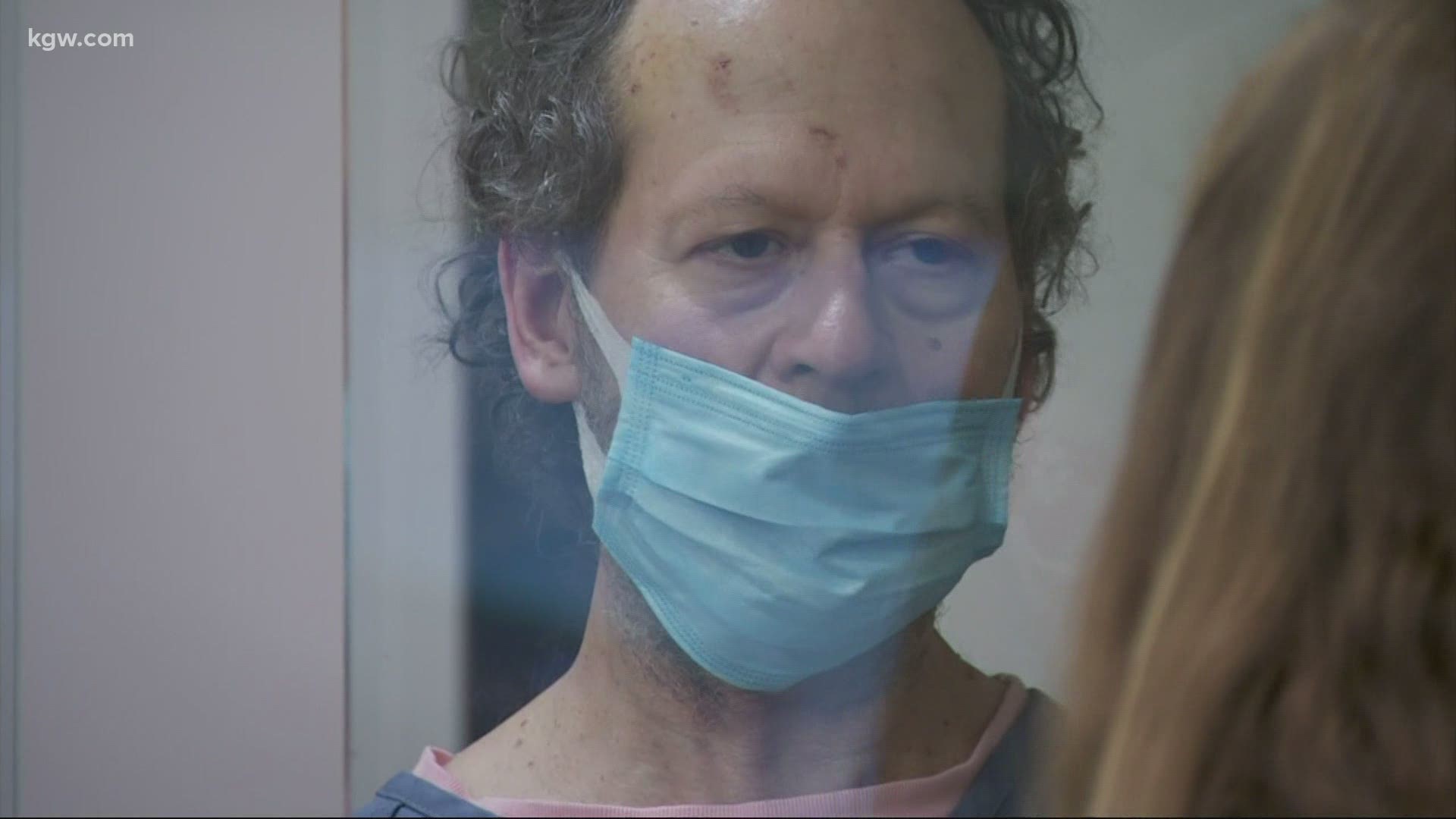 PORTLAND, Ore. — A motorist accused of hitting pedestrians, bicyclists and killing a 77-year-old woman on Jan. 25 in Portland was indicted on 31 charges Thursday morning. Multnomah County District Attorney Mike Schmidt announced the charges against 64-year-old Paul Rivas, which include one count of second-degree murder and seven counts of second-degree attempted murder.

Rivas is scheduled to appear in court Thursday at approximately 9:30 a.m.

In his most recent court appearance on Jan. 27, Rivas pleaded not guilty. According to court documents, he has given detectives bizarre explanations about the incident.

Prosecutor Sean P. Hughey wrote in a probable cause affidavit that Rivas initially told investigators his Honda Element was having brake problems and that he was searching for an auto repair shop. He also suggested that peoples' injuries could have been inflicted by “another, similar looking” Honda car, not his.

Rivas admitted at one point to striking a bicyclist but characterized the collision as an "emergency maneuver" made to avoid a more serious crash with oncoming traffic, the affidavit says. Investigators have said they’ve found no evidence that terrorism, politics or any bias motivated him.

He's accused of striking Jean Gerich, of Portland, then making a U-turn, hitting her again and dragging her, police said. She died of blunt force trauma at a hospital later that night. The mother and grandmother had beaten cancer five years ago and was excited to be out after receiving her first COVID-19 vaccination last week, her family said.

Numerous witnesses told police that Rivas appeared to be deliberately trying to strike vehicles, bicyclists and pedestrians over a span of 15 blocks by swerving toward them on the road and on sidewalks. He sped away after hitting people on residential streets without making any attempt to stop or help them, according to police and prosecutors.

Rivas is accused of using his Honda as a dangerous weapon to kill Gerich and hurt at least six other people. Police have said he injured nine others. One man with a head injury couldn’t remember whether he had gotten out of his car before being struck, police said. Most were recovering from minor injuries, police said.

Rivas ultimately crashed the Honda into a car and ran but was cornered by a group of people before police arrested him.

On Jan. 27, Rivas appeared briefly before Multnomah County Circuit Judge Heidi Moawad. He told court officials he has anxiety and depression and was diagnosed while in the U.S. Secret Service, but he never worked for the Secret Service, according to court documents.

He’s been living in a fifth-wheel travel trailer in Oregon City, he told court officials, and has prior addresses in Washington, where he was convicted in 2019 of voyeurism for filming under the skirt of a woman while waiting in line at the Vancouver, Washington, post office.

Court records show Rivas got his license reinstated in 2014 after three convictions for failing to obey traffic signals, in 2007, 2011 and 2013.