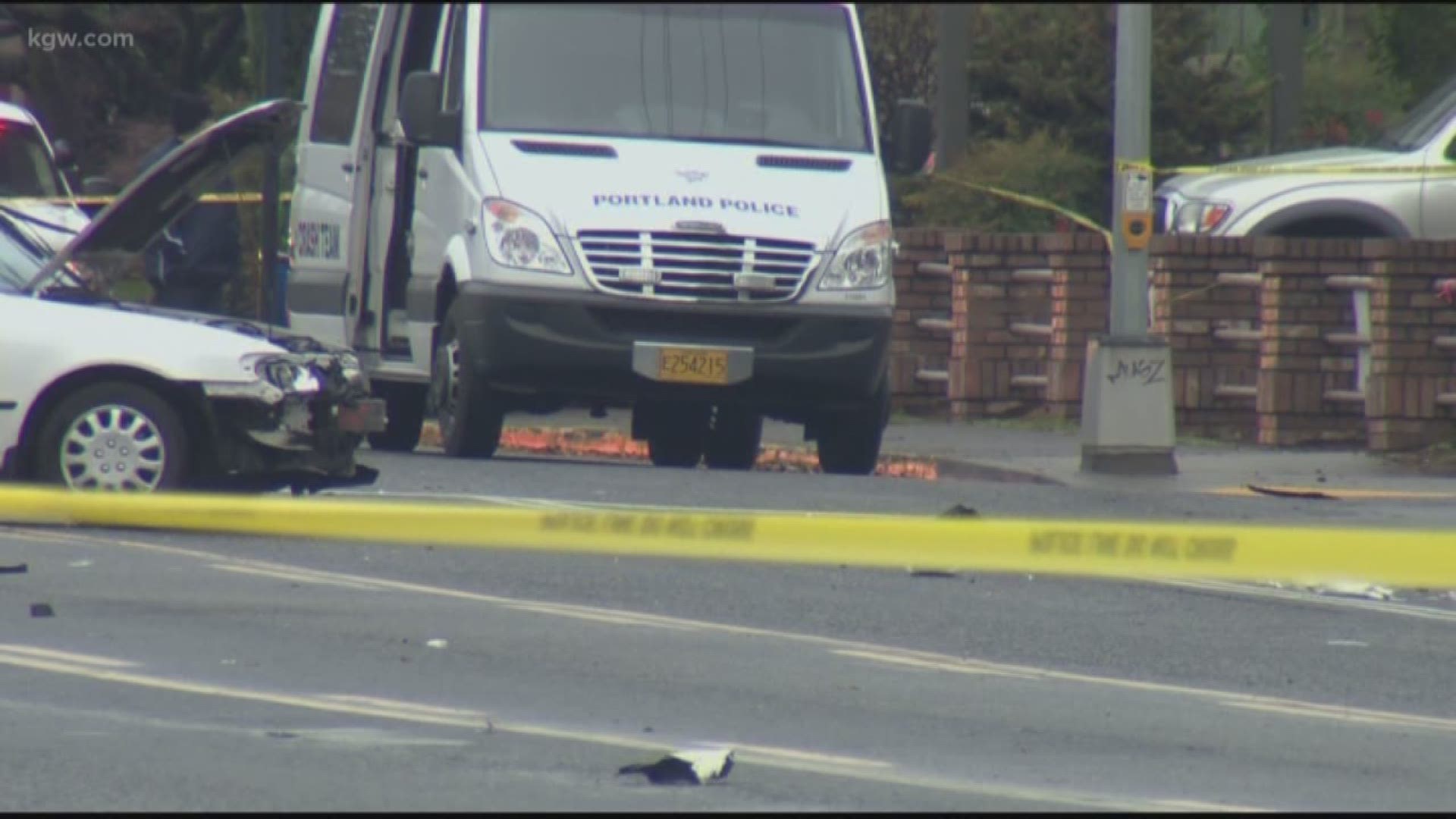 PORTLAND, Ore. — A crash that left one person injured Sunday night in North Portland has brought to attention once again the ongoing problem of street racing in Portland.

Sunday’s crash happened at about 10 p.m. during an organized street race on North Marine Drive and Leadbetter Road, police said. Viewer video shared with KGW showed two cars racing at the event. Shortly after the video was shot, the crash happened.

Investigators said one of the drivers lost control and crashed into the other car. Both cars, a Toyota Scion and a Ford Mustang, were badly damaged. One of the drivers was taken to a hospital, police said, and numerous witnesses left the area before officers arrived. Police said the injured driver is expected to survive.

Portland police confirmed to KGW the Mustang involved in the crash was the Mustang sold by a Sandy couple in a story KGW first reported about on May 2. The couple said the buyer paid for the Mustang with $2,000 cash, which ended up being counterfeit.

1 / 5
An orange cone where a light pole was that came down during Sunday's street-race crash on North Marine Drive at Leadbetter Road in Portland on Monday, May 7, 2018. (Photo: Nina Mehlhaf, KGW)

The YouTubers are not shy about advertising these illegal races are on Sundays at 8 p.m.

"We have them every Sunday for years and year and years," said Rita Dirks, night manager of the Portland French Bakery distribution center. "It's so unsafe, I usually worry about the car wrecks. I usually leave late enough that I'm not worried for myself, but if I had to leave at 10 o'clock I would be scared to death."

Some crashes resulted in the deaths of innocent drivers who were hit by street racers, including 65-year-old Linda Johnston in 2015 and 26-year-old Alexander Keppinger in 2016.

"I can't understand. People are getting killed and injured to the point they're put in the hospital," said Johnston's sister, Tracey Clarke. "Their families are reeling just like we are. I can't understand why these young guys continue to do this."

The other two deaths occurred while racing, including 20-year-old Nick Chernyavskiy in 2016 and 19-year-old Daniel Kharlamov in April of this year.

“Our traffic investigators have been in touch with family members in some of these cases who are devastated by the loss,” Portland Police Bureau Sgt. Pete Simpson told KGW last summer. “They want police to do more around this and educate people on how dangerous this can be. It is costing people their lives.”

Simpson said street racing is a challenge to regulate.

"Knowing that people are going to go meet somewhere isn't a crime," he said. "We have to be there to visually see this activity happen. And if we're sitting there, nobody is going to do it probably in front of us."

Simpson said most of the time, officers are responding after the fact and a lot of participants flee the scene before police arrive. "Depending on the situation, we may or may not pursue a driver," he said. "Probably not though, because of the level of crime."

One thing that would help the department be more effective in policing street racing is more officers.

"More staffing is going to lead to doing more stuff in general, more traffic enforcement and this kind of stuff," he said. "We're going to continue to work on it and look for creative ways to address it."

Street racing is illegal. Anyone involved, from the racers to people who help block traffic to make room for the race, can be arrested, for anything from misdemeanor to felony crimes.

"We want them to know we're out there, we're doing this, we're going to be looking in the future. If you're caught doing one of these events, you can be arrested, your car will be towed, your insurance will be canceled and you're going to have a hard time getting a driver's license," Simpson told KGW last summer. "It's better to take that car down to the track, pay a little extra money and do it the right way." 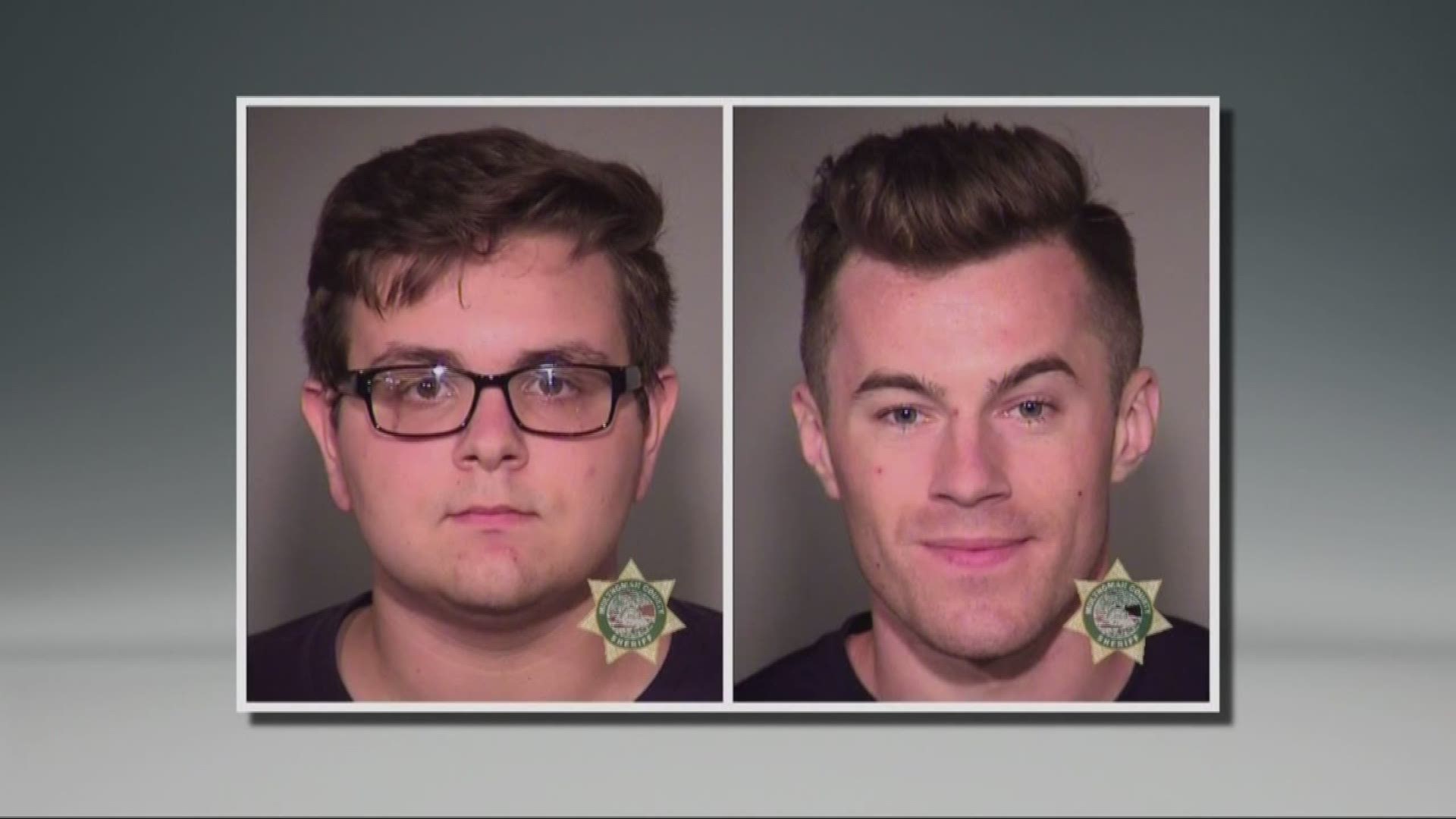