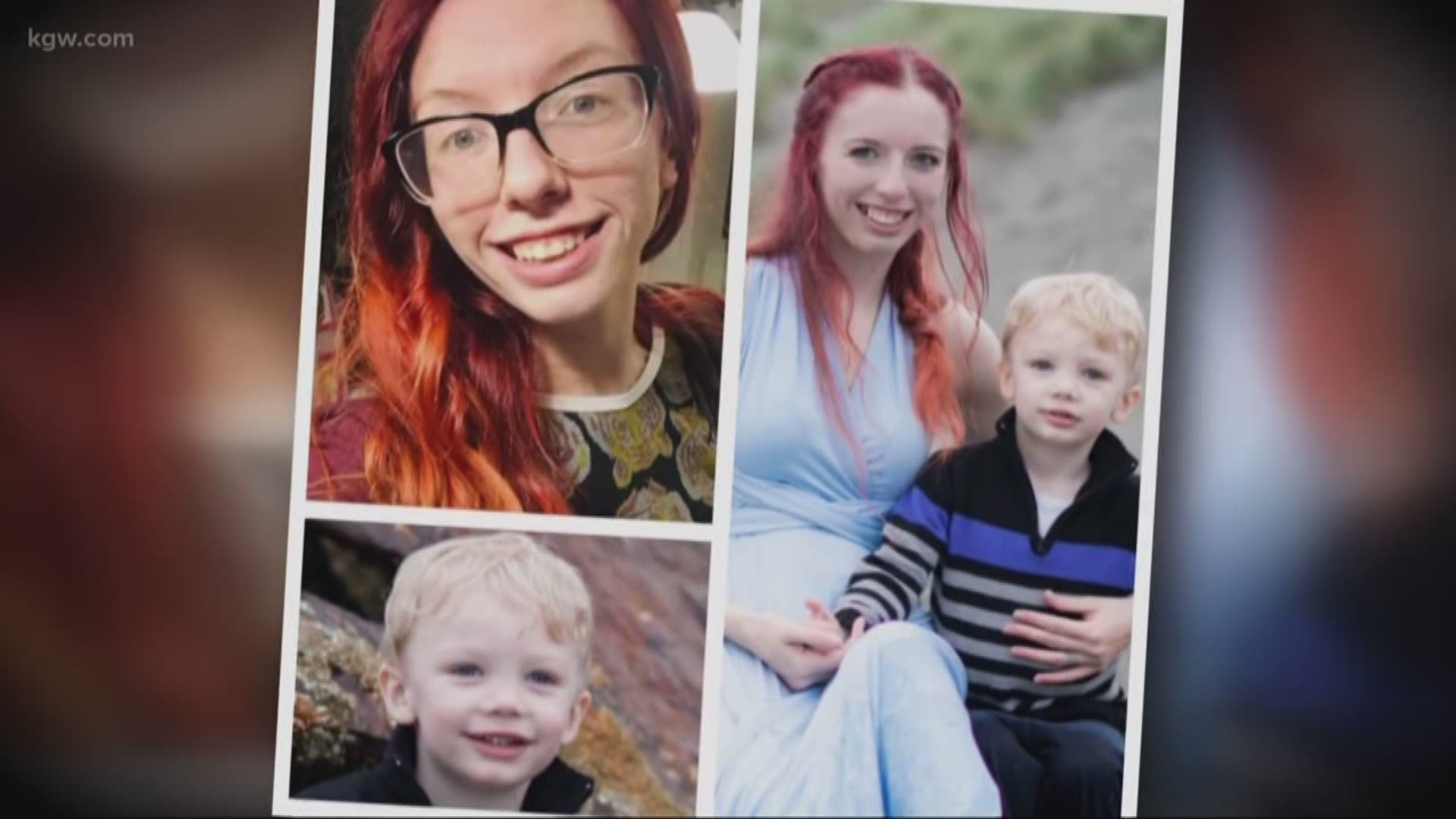 PORTLAND, Ore. — The Yamhill County District Attorney says there is "sufficient evidence" to confirm that a missing Salem mother and her 3-year-old son were killed.

Karissa Alyn Fretwell, 25, and her son, William "Billy" Fretwell, have not been seen since May 13. She did not show up for work that day.

Authorities are continuing to search for their bodies in rural Yamhill County.

"There is a lot of other evidence that leads to the conclusion that they have been murdered," said Yamhill County District Attorney Brad Berry.

Wolfe did not enter a plea. His next hearing is scheduled for June 7.

Wolfe, 52, was arrested Friday at the Blue Star Donuts at Southwest 12th Avenue and Morrison Street in Portland. He was brought to the Yamhill County Jail.

Wolfe was ordered in April to pay roughly $900 a month in child support, according to court records.

Court documents say detectives met with William's babysitter, who said Karissa confided in her that Wolfe and his wife had previously threatened Karissa and told her they were going to take William and get custody of him.

Local, state and federal law enforcement agencies have been looking for Karissa and William for over a week.

Family and friends held a candlelight vigil for Karissa and William on Monday night.

RELATED: 'The only thing we can do is be hopeful': Friends, family pray for safe return of Salem mother, toddler

"Since we don’t have victims’ bodies it's being built on an ever-growing mountain of circumstantial evidence," Berry said after Wolfe's court appearance. "At some point you have so much evidence you can’t explain it away as happenstance."

Aggravated murder carries the harshest punishments in Oregon and makes someone eligible for the death penalty. However, there is currently a moratorium on the death penalty in Oregon, so the likelihood of anybody on Oregon's death row being executed is close to zero.

Authorities interviewed Michael Wolfe twice, on May 18 and May 20, and Wolfe told detectives he’d had no recent contact with Karissa since their April court appearance, according to court documents.

Authorities have not said what the text message said or who received it.

Detectives also obtained location information that placed Karissa’s phone near Cascade Steel, Michael’s place of work, in McMinnville on May 14.

Surveillance video from Cascade Steel showed Wolfe leaving the area where he works on a golf cart around 8:45 p.m. on May 13 and returning around 2:35 a.m. on May 14 holding a white trash bag, according to Yamhill County court records.

Detectives tracked Wolfe’s cellphone using cell tower data and found that his phone began using towers indicating he was moving south, away from Cascade Steel, around 8:55 p.m. on May 13. A few minutes later, his phone used a tower covering parts of Salem, including the area where Karissa lives, court documents said.

His phone remained in the Salem area until around 1:38 a.m on May 14, when cell tower data indicated Wolfe began moving north. Around 2:12 a.m., his phone used a tower near Cascade Steel, where he was seen on surveillance video returning to his work area about 20 minutes later.

Records showed Wolfe’s phone was using a tower near his home around 4:34 a.m.

According to court documents, detectives believe Karissa’s cellphone and Wolfe’s cellphone were in the same approximate places during the night of May 13 and the early morning of May 14.