The intersection of Northeast Columbia Boulevard and Martin Luther King Jr. Boulevard was blocked from about 9 p.m. until midnight Sunday. 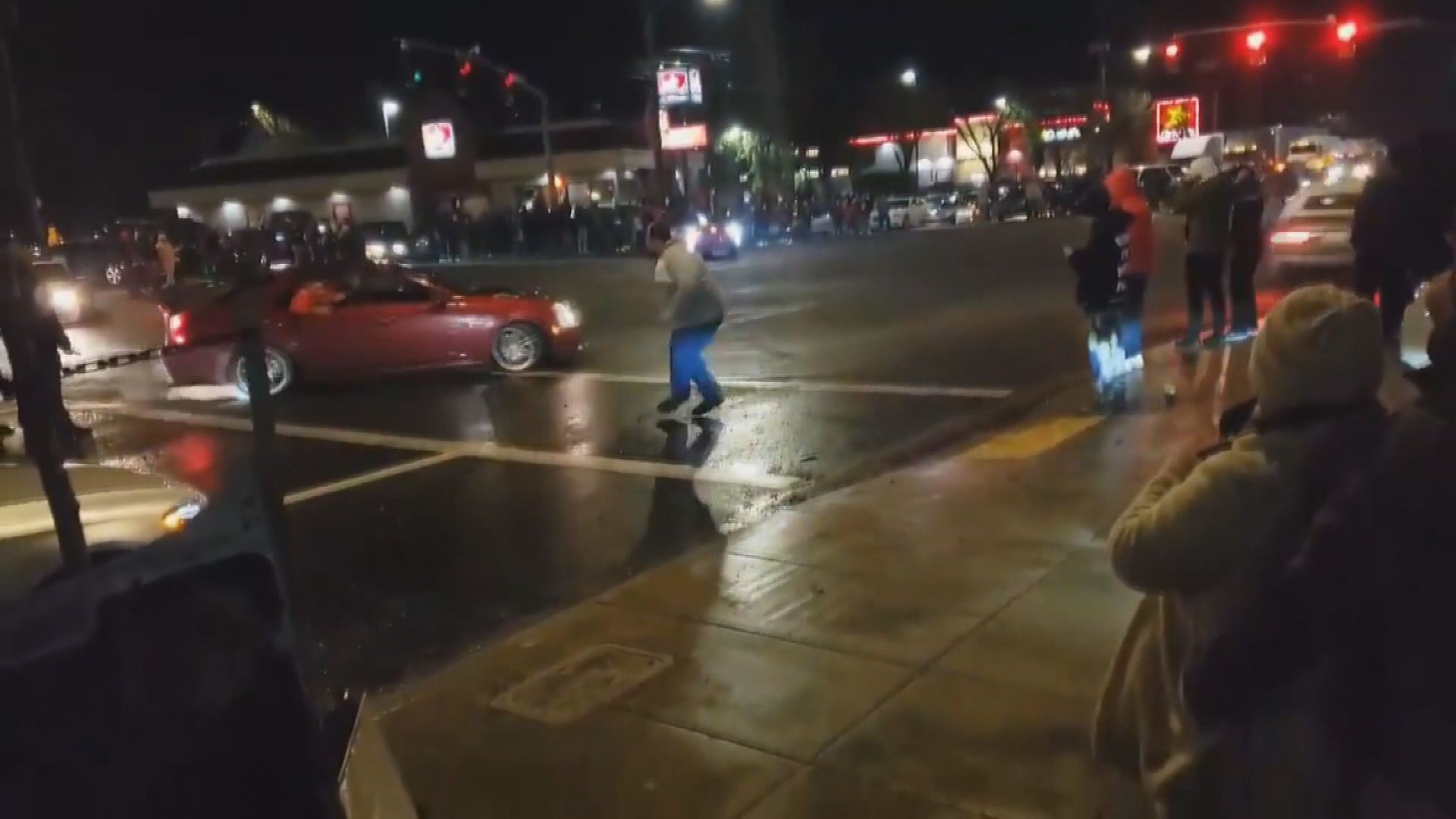 Police confirmed Monday morning that the intersection was blocked for about three hours, from 9 p.m. until midnight, when the crowd cleared. Last November, police broke up a street racing event that blocked off the same intersection.

KGW reached out to Portland police about Sunday night's event. According to Lt. Greg Pashley, there was one reported crash but no reported injuries. Because of the congestion and the crowd, Pashley said police and medical crews made no attempt to enter the intersection and intervene.

"Police were prepared to respond to calls related to specific threats to life, which we did not receive," Pashley said.

He added that it's police policy not to respond if there is not threat to lives.

Last fall, officers responded to a street race at the same intersection and arrested several people. The difference last year, there was a traffic division.

Pashley said when there was a traffic division, they were able to coordinate with patrols. He also said police don't track statistics on street racing and admits a lack of personnel to deal with complaints is difficult.

According to Pashley, there was a second illegal street racing event that happened Sunday night near Southeast 48th Avenue and Division Street.

There is currently a crowd gathered at NE MLK and Columbia Blvd in Portland, cars are doing donuts in the intersection, firetrucks and ambulances on the scene but the intersection is unreachable. pic.twitter.com/rUlRPrFvcF

Cars collide while doing donuts on NE MLK and Columbia BLVD in Portland. Crowds appeared to have gathered for an illegal street racing event. pic.twitter.com/RrhVDzL6V1