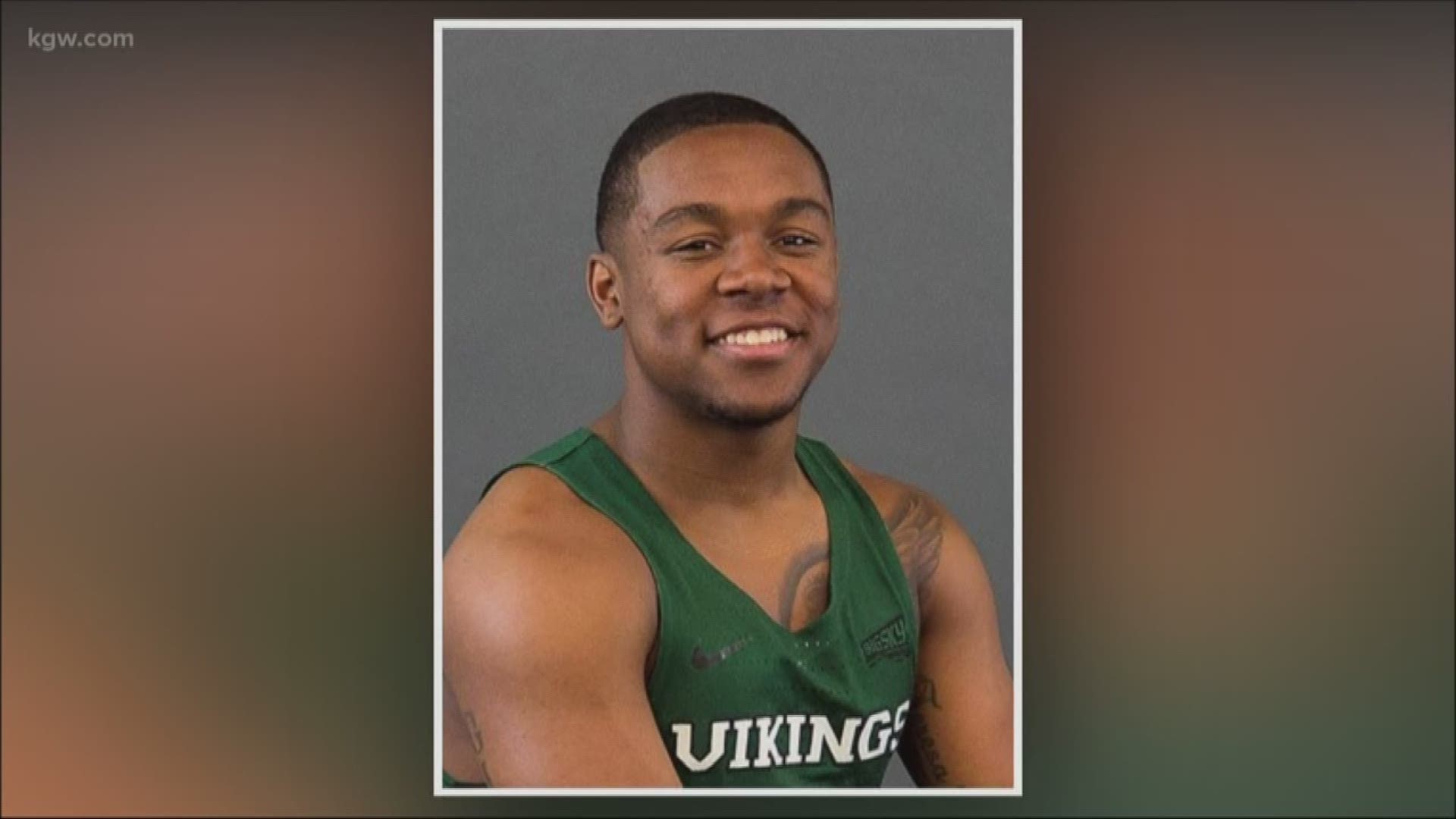 PORTLAND, Ore. — Police have arrested a suspect in connection to a shooting that left one man dead and two women injured in Northeast Portland on Friday afternoon.

Tamena J. Strickland, 30 was arrested and booked into the Multnomah County Jail. Tamena was charged with murder and two counts of attempted murder, according to authorities.

The man who died was identified as Deante Strickland. Family said Tamena is Deante's sister.

Deante, 22, was a Central Catholic High School graduate who went on to play basketball at Portland State University. He joined the Vikings football team in the spring to compete in his final year of eligibility in the fall, the university said.

"We are deeply saddened by the loss of Deante," Portland State Director of Athletics Valerie Cleary said in a news release. "He represented everything it means to be a Viking in his hometown of Portland. He will forever be remembered for his character, determination and a warm smile. Our prayers go out to his family and friends."

The shooting occurred in the 6200 block of Northeast 42nd Avenue, near Ainsworth Street, just after 2 p.m.

A man who said he is related to Tamena and Deante told KGW that Tamena came to a home in the neighborhood and shot three of her relatives, including Deante.

Following the shooting, the man said Deante rushed to a nearby construction site pleading for help. Construction workers tried to perform CPR on Deante, but they could not save his life, the family member said.

The Medical Examiner said Deante was shot in the chest.

Officers closed Northeast 42nd Avenue between Holman and Killingsworth streets during the investigation.