Police said the suspect fired at officers from inside an apartment as they conducted a welfare check. Officers arrested the suspect and found a woman dead. 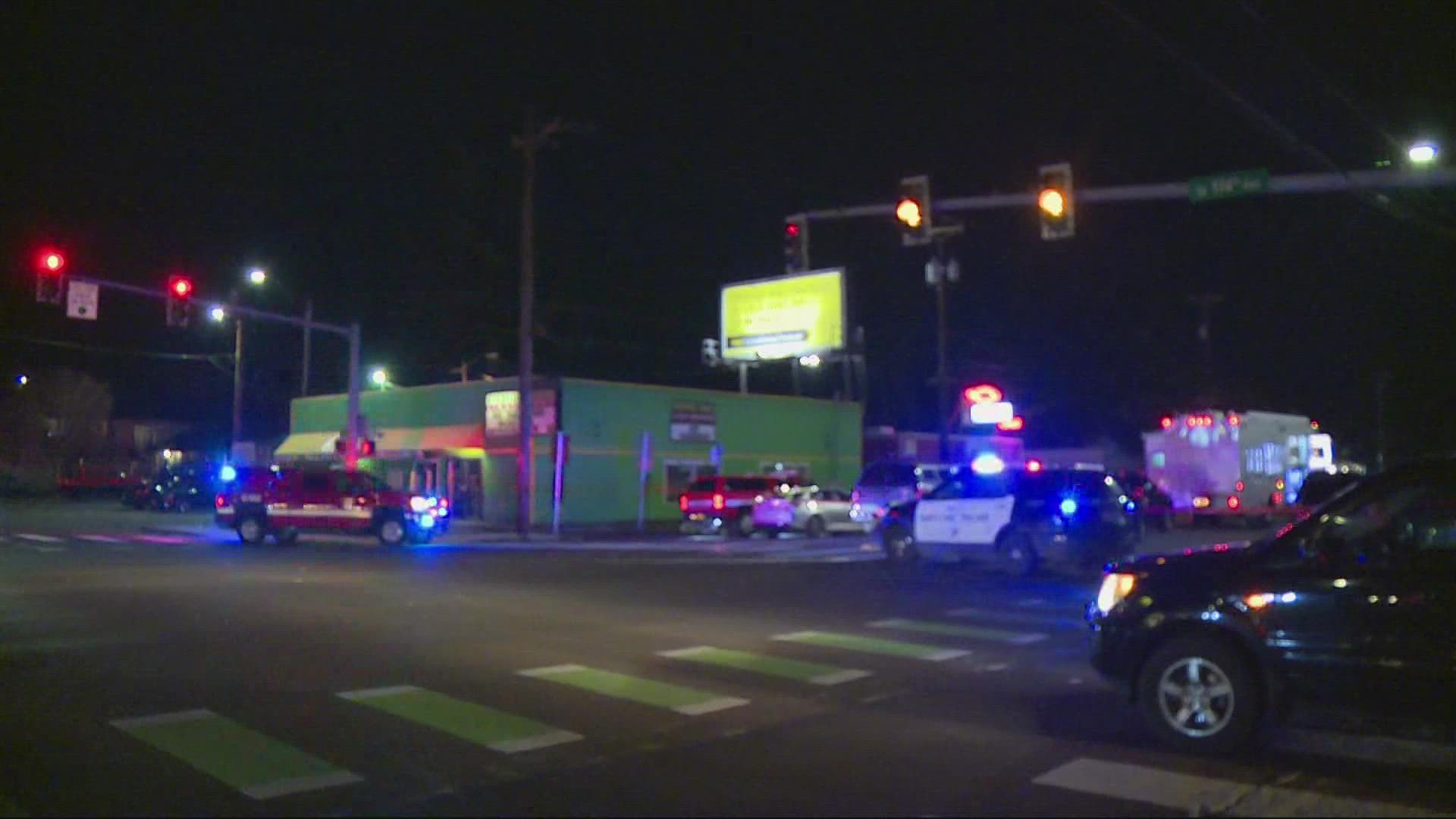 PORTLAND, Ore. — Portland police arrested a man accused of firing at officers during a welfare check at an apartment complex near Southeast Division and 174th Sunday afternoon. Officers found a woman dead inside the apartment, the Portland Police Bureau (PPB) said.

On Nov. 21 around 3:39 p.m., a crying woman called dispatch to report that she was being held hostage. Neighbors reported hearing shots fired in the area. PPB said officers knocked on the door and were then shot at through the door from the inside of the apartment. Police did not return fire and no officers were hurt, according to PPB.

The bureau's Special Emergency Response Team (SERT) and the Crisis Negotiation Team (CNT) responded and attempted to contact anyone inside the apartment, but those attempts were unsuccessful. PPB said members of SERT broke windows to get a better view inside and the suspect began shooting in the direction of the officers. Law enforcement deployed a chemical agent and the suspect started shooting again. Police did not return fire and continued to command the suspect to surrender, PPB said.

Officers eventually entered the apartment by using a robot and they could see a man barricaded inside a room, crawling on his hands and knees. Around 1:12 a.m., members of SERT entered the apartment and took the suspect into custody. He was taken to the hospital for an evaluation. Police have not yet confirmed the suspect's identity and have not said what charges he is facing.

Police confirmed that the woman found dead inside the apartment was the same woman who called 911 to report she was being held hostage. PPB has not released her name. The Oregon State Medical Examiner will determine the cause of the woman's death.

Officers closed Southeast Division Street from 162nd to 174th streets and asked neighborhood residents to shelter in place during the investigation. The road is now back open.