Two people injured in shooting at Southcenter Mall near Seattle

“All of a sudden, I heard bang, bang, bang and I was like should I hide in the bathroom or should I just run out?” 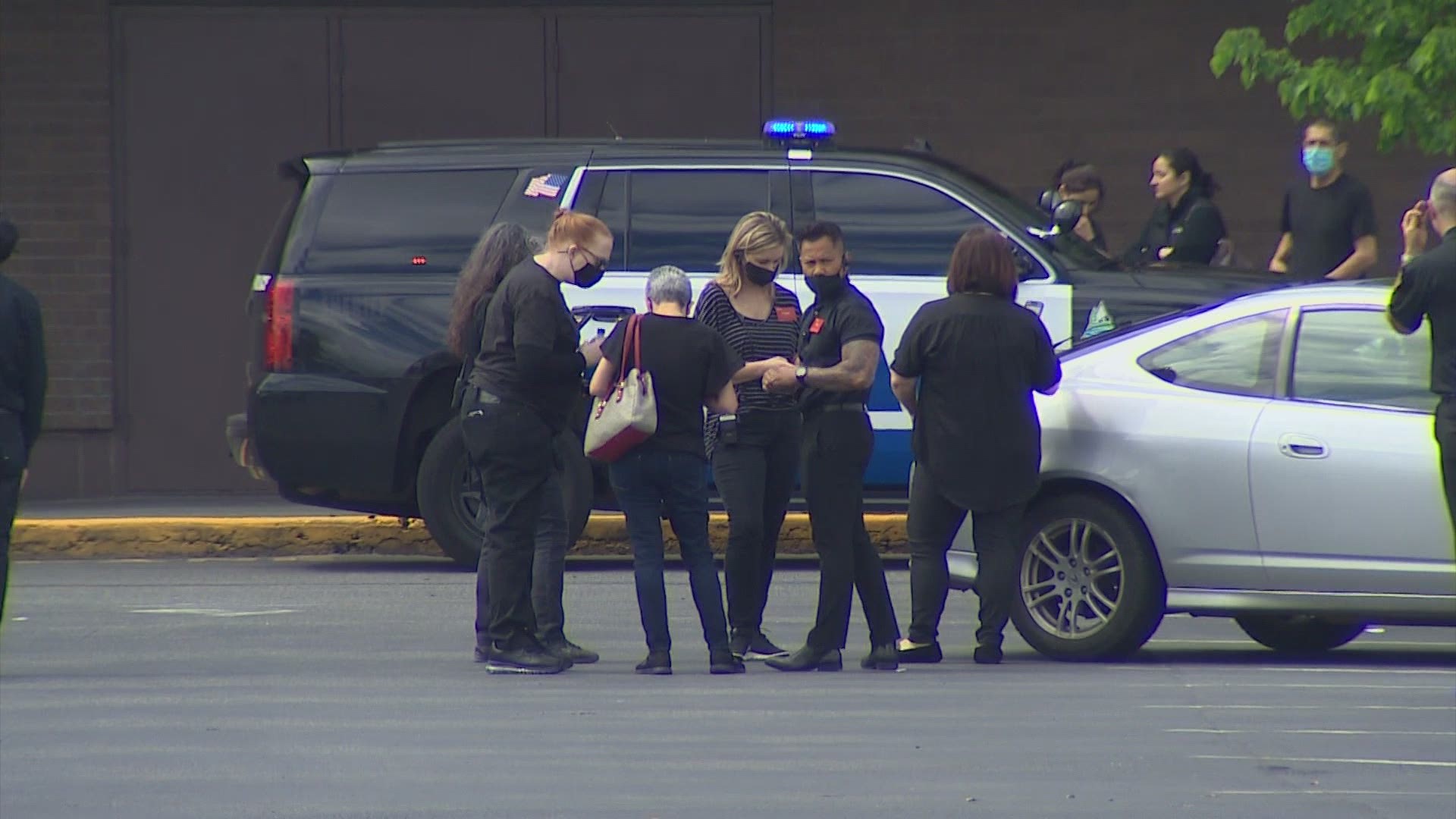 TUKWILA, Wash. — Shoppers and workers described a frightening situation Saturday as two people were shot just before noon at Westfield Southcenter Mall in Tukwila, according to Tukwila Police.

The mall was closed for the remainder of Saturday while police investigated. Stores are slated to reopen at 11 a.m. Sunday

Police spent Saturday afternoon clearing the mall after the shooting, which took place near the J.C. Penney. As of Saturday evening, they did not have a suspect in custody, according to a Tukwila Police spokesperson. Officers believe the suspect knew both of the victims, and it was not an active shooter situation.

Two victims were taken to Harborview Medical Center. The hospital confirmed one 32-year-old man is in satisfactory condition and was expected to be released. One 27-year-old man was listed in serious condition.

“All of a sudden, I heard bang, bang, bang and I was like should I hide in the bathroom or should I just run out?” Quinh Maldonado said.

“I can’t tell you what we went through because I panicked.”

Chaplin said everyone inside the mall started running and screaming.

“Pandemonium, anyplace that you’re at now if you hear a pop anybody automatically assumes that there’s a shooting,” he said.

Many shoppers and workers were locked down inside the mall for hours while police from different jurisdictions searched for the shooter.

She has experienced several other shootings at Southcenter, and she said many mall workers were prepared for what to do in a shooter situation.

"I just hope that people start taking gun control more seriously," Rochon said. "It's just so scary. To be in a mall and just try to work or go about your day or buy a prom dress or go out to eat. And then you have to worry about being shot or killed?"

Nichapat Koonnara works at Potato Corner, also was evacuated from the mall.

Washington State Patrol (WSP) had closed all exits from I-5 and 405 to Southcenter Mall due to the investigation, according to WSP Trooper Rick Johnson.

Officers have located two victims at the scene with injuries. Officers from multiple jurisdictions are continuing to clear the mall. Please avoid the area.