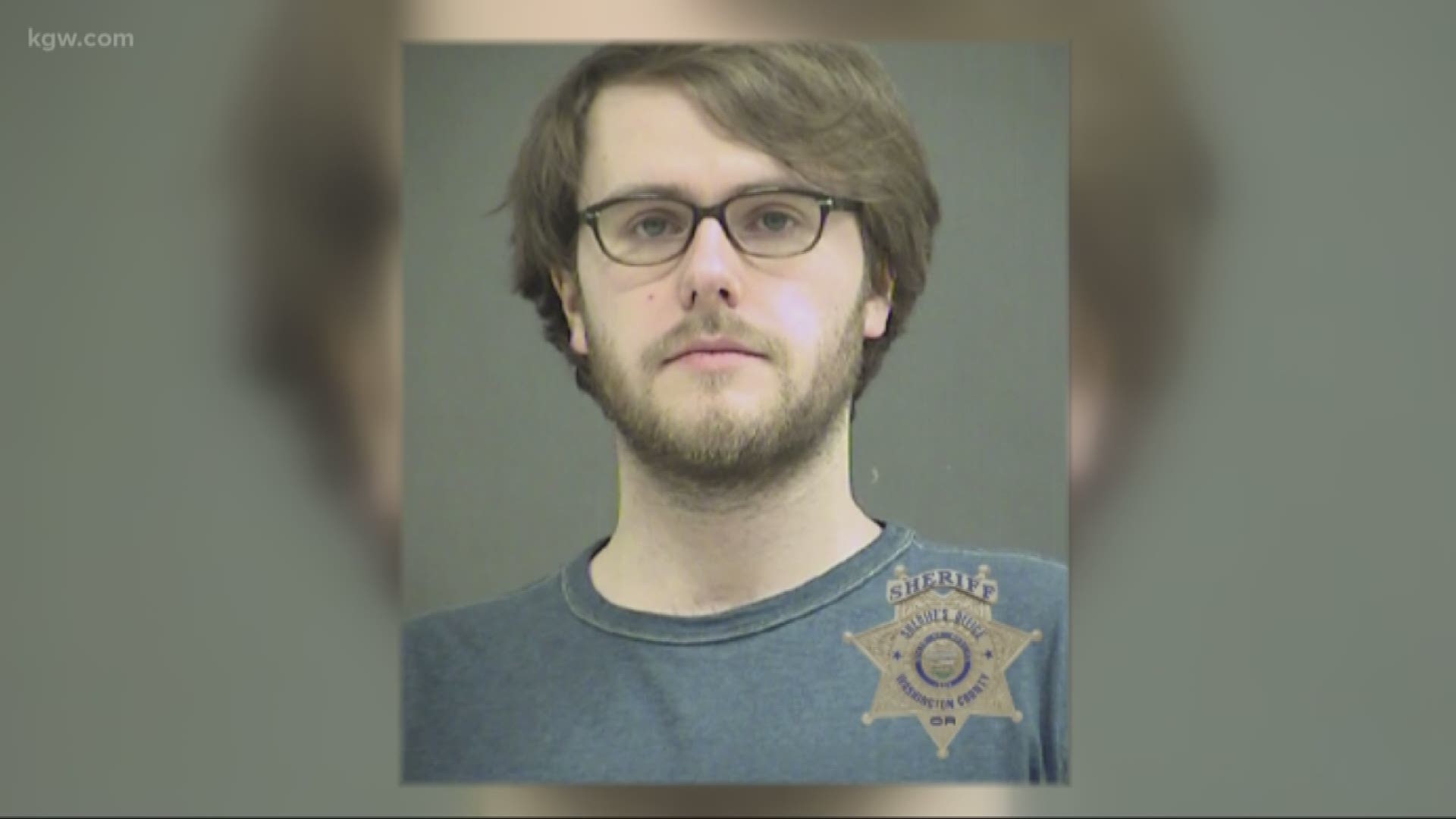 SHERWOOD, Ore. — UPDATE: Griffin was acquitted of all charges on Dec. 19, 2019 by Washington County Circuit Judge Oscar Garcia on Dec. 19.

A Sherwood piano teacher accused of repeatedly sexually abusing a girl was re-arrested after sending an email to the victim's mother, a violation of the conditions of his release on bail.

Christopher Griffin, 29, posted $25,000 on March 10, a day after his arrest. Within hours he sent the email, Washington County Deputy District Attorney Allison Brown wrote in an affidavit.

He was re-arrested Tuesday.

Jail inmates can be released if they post 10 percent of their bail. Griffin is asking that he forfeit the $25,000 and his bail now be set at $1.5 million. He remained in jail Thursday morning.

The content of the email is not specified in the affidavit.

A police spokesperson confirmed to KGW that Griffin is the son of Sherwood City Councilor Russell Griffin.

Police say Griffin allegedly had several encounters with the victim while teaching piano lessons at Let's Make Music and Dance, a music school in Sherwood that serves kids from age 3 up to adults. Police say Griffin gained the trust of the child before the abuse started.

DeLyn Griffin, the mother of Griffin and director of Let's Make Music and Dance, posted a statement on the school website Sunday evening that says her son is innocent. She said he will not work at the school while charges are pending.

"While we feel terrible for anything that happened to this child, Christopher is innocent, and he will be exonerated in court," the statement reads. "The safety of your children always has been and will be our first priority. Just to make everyone comfortable, Christopher will not be working here while the charges are pending. At the advice of our lawyer, I am unable to comment further."

The victim came forward and notified police on March 7. On Saturday, officers executed a search warrant at the music school and Griffin's home. Officers arrested Griffin and seized evidence from the business and home, police said.

The Sherwood Police Department is looking for any additional information regarding potential victims who have had contact with Griffin. If you have information, please call Sherwood police at 503-629-0111.