Nathan Scates used racial slurs toward a family, attacked a woman with a baton and pepper-sprayed two witnesses during the 2018 attack in Portland. 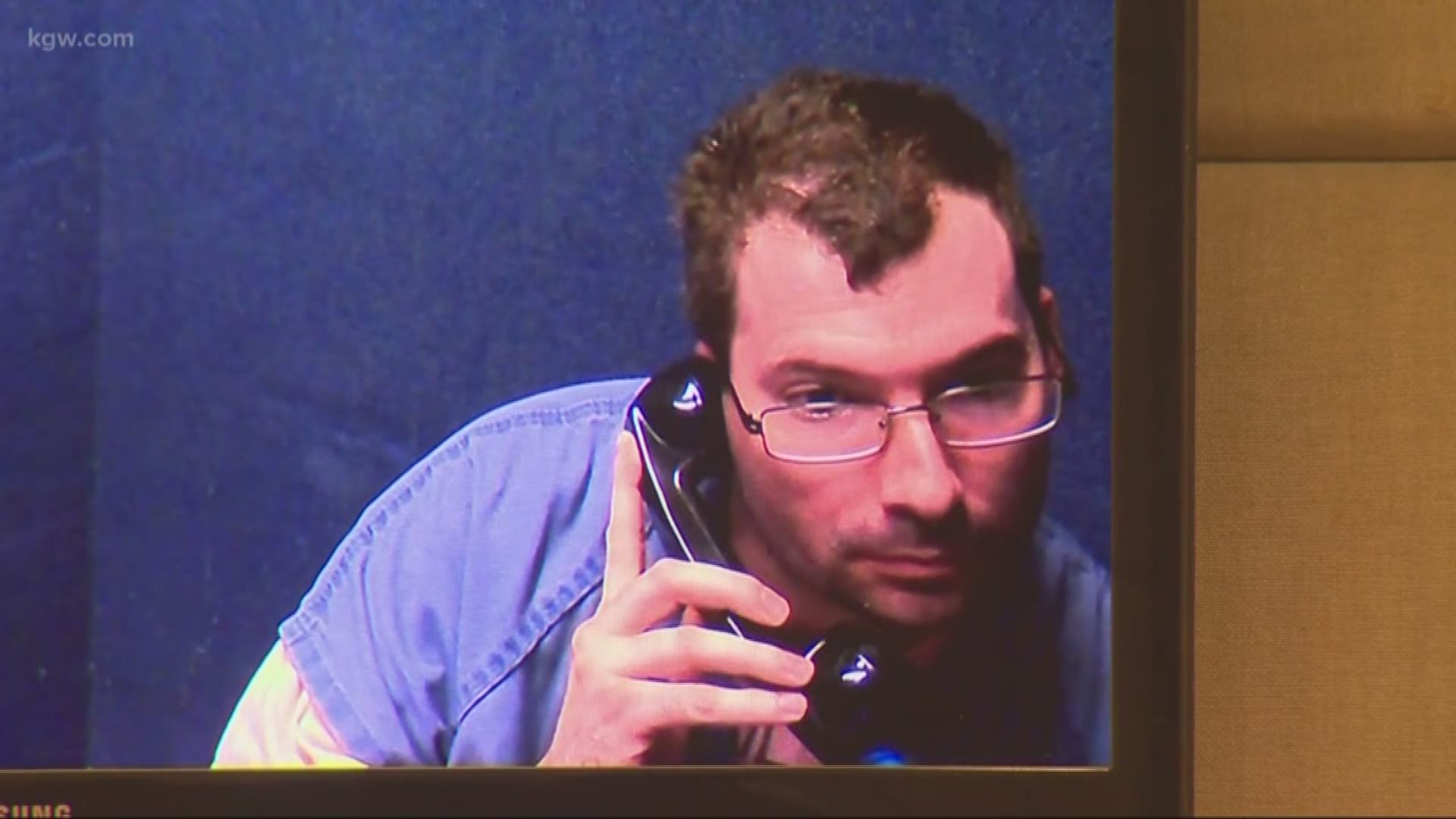 PORTLAND, Ore. -- A private security guard who used racial slurs toward a family on a public dock, attacked a woman with a baton and pepper-sprayed two witnesses near downtown Portland was sentenced to more than seven years in prison on Monday.

The attack occurred on a dock along the Willamette River on August 10, 2018.

According to court documents, Scates, who was dressed in his security uniform, yelled at a Muslim family, called the women "whores," "terrorists" and said they needed to "go back to their country" because they were wearing hijabs.

Scates then shifted his focus to a Hispanic man and woman, who witnessed the encounter, and began yelling racial slurs at them, court records said. The woman took out her phone to record Scates and he hit her with his collapsible baton, breaking her hand and knocking her phone into the river.

After leaving the dock area, Scates used mace on two people happened to see some of the attack.

“The racial animus Nathan Scates displayed during this particular incident was horrible,” said Multnomah County Deputy District Attorney Melissa Marrero. “These types of crimes can have an enormous impact on a victim, that person’s family and friends and our entire community. We are fortunate that the Oregon legislature recognizes the seriousness of these crimes and allows the state to prosecute conduct and behavior that is motivated by prejudice when it is directed towards one or several other protected classes.”